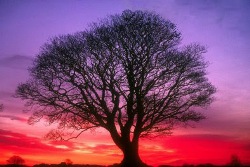 once stood looking at the sky when he saw a cloud passing by. He addressed it saying, “Rain wherever you wish, for your fruit will certainly come to me anyway.” This means that the cloud would have rained either on an Islamic land or on a non-Islamic one. In the first case, Muslims would have benefitted from this rainwater in agriculture and in drinking; in the second case, Muslims would have also benefitted from this rainwater in the form of Jizyah (a tax) that would be paid to them by non-Muslims. This example shows the state of glory, which the Muslims reached in the past when they applied their religion and worked for it. Nowadays, Muslims are certainly required to pursue the means of glory.

Glory here refers to power, victory, high standing and invincibility. It is a word which denotes that a person cannot be overcome or humiliated. Ibn Al-Jawzi

From the above, it is noticed that there is praised glory and dispraised glory. Praised glory is that which pertains to Allah The Almighty, to His Messenger

and to the believers. This is real and permanent glory since it is from and with the support of Allah The Almighty who cannot be defeated or resisted. Allah The Almighty Says (what means): {And to Allah belongs [all] Honor and to His Messenger, and to the believers, but the hypocrites do not know.} [Quran 63:8].
On the other hand, the glory of the disbelievers is, in fact, humiliation and disgrace. Allah The Almighty Says (what means): {And they have taken besides Allah [false] deities that they would be for them [a source of] honor. No! Those "gods" will deny their worship of them and will be against them opponents [on the Day of Judgment].} [Quran 19:81-82].

Many people pursued the wrong way to glory, victory and enablement. Some of them pursued it through money and forgot that money is only a Fitnah (trial) and a loss if one does not give the right that Allah The Almighty has to it. Moreover, this money might be a means of humiliation. Al-Hasan

said, “By Allah, Allah The Almighty humiliates whoever glorifies money.” Indeed, we have seen a many examples of that in life.

Other people seek glory through their positions and prestige. This may enable them to achieve temporary glory. However, if this is not established on justice and good reputation, then it certainly will not last. Indeed, many a leader and president were enjoying glory and then became captives in prisons, and their glory turned into humiliation.

What is even more dangerous is when a person seeks glory through the disbelievers, i.e. by allying himself with them, even if this is against the Muslims’ interests. This is no more than an illusion. In fact, it is an instant humiliation, and the first people to turn against such people would be his ‘allies’ from the disbelievers. Allah The Almighty Says (what means): {Give tidings to the hypocrites that there is for them a painful punishment - Those who take disbelievers as allies instead of the believers. Do they seek with them honor [through power]? But indeed, honor belongs to Allah entirely.} [Quran 4:138-139] Consequently, throwing one’s self in the arms of the disbelievers is the shortest way to dishonor and humiliation because these disbelievers would not accept from us anything less than disbelief. Allah The Almighty Says (what means): {And never will the Jews or the Christians approve of you until you follow their religion.} [Quran 2:120].

Other people still seek glory through their ancestors and tribes, even if they were misguided. In a Hadeeth on the authority of Abu Rayhaanah, may Allah be pleased with him, the Prophet

said: “If a person attributes himself to nine of his disbelieving forefathers, seeking through them glory and pride, he will be their tenth in Hell.”

Hence, the unquestionable truth is that a person who seeks glory must demand it from Allah The Almighty through obeying Him and avoiding disobedience. ‘Umar ibn Al-Khattaab, may Allah be pleased with him, summarized this wonderful meaning in a few words; He said, “We were the most humiliated people, but Allah The Almighty has honored us with Islam. If we demand honor through any means other than Islam, Allah The Almighty will humiliate us.”

said, “Honor lies in modesty, glory lies in piety, and freedom lies in contentment.” When a Muslim lives in obedience to Allah The Almighty, he lives in honor and dignity. He may be afflicted, but nevertheless he has a strong sense of honor. This appeared clearly in the life of the righteous predecessors, may Allah be pleased with them, even in the darkest moments and in the severest and hardest situations.

Situations Which Indicate the Glory of the Righteous Predecessors

When Bilaal, may Allah be pleased with him, was tortured in Makkah in its hot desert and a great heavy boulder was put on his chest, not to make him abandon his faith but only to stop blaspheming his peoples false gods or to keep silent, the honor of faith showed in his words when he repeated, “Allah The One, Allah The One.” This remained as an eternal anthem which the generations have chanted throughout history. In addition, the words of Bilaal, may Allah be pleased with him, poured despair into the souls of those who tortured him. So, who was honorable in this scene? Was it this weak, tortured slave or the arrogant disbelievers?

The story of ‘Abdullaah ibn Huthaafah As-Sahmi , may Allah be pleased with him, when he was taken captive by the Romans is another example. The king of the Romans tried to entice ‘Abdullaah to abandon his religion, but he refused. The king offered him half of his money but he refused. Then, he imprisoned him, tortured him and did not give him any food or water except some pig meat and wine. After three days, they brought him out and found that he had eaten nothing of it. When he was asked why had he not eaten any of it, he replied, “By Allah, Allah The Exalted made it lawful for me because I was under duress, but I would never let you gloat over Islam.” Then, the king asked him to kiss his head in return for releasing him but Ibn Huthaafah, may Allah be pleased with him, said that he would only do so if all the Muslim captives were released. The king accepted and Ibn Huthaafah, may Allah be pleased with him, kissed his head.

was prosecuted and imprisoned. When he was thrown in prison, he recited the words of Allah The Almighty (which mean): {And a wall will be placed between them with a door, its interior containing mercy, but on the outside of it is torment.} [Quran 57:13]. This is the glory of faith and the pride of Islam which make a person the most honorable one through the obedience of Allah The Almighty. Even if all people on earth stood against such a person, he would still derive his honor and glory from Allah The Almighty who can never be defeated. Allah The Almighty Says (what means): {Whoever desires honor [through power] - then to Allah belongs all honor.} [Quran 35:10].

The state of humiliation which prevails in many aspects of our lives nowadays is the result of religious innovations, sins and remoteness from the Sharee'ah of Allah The Almighty. This is supported by the Hadeeth of the Prophet

where he said: “Humiliation and disgrace are the fate of whoever disobeys my order.” A major reason behind this humiliation is the state of disagreement and disunity that the Muslims experience. Our enemies take advantage of us one by one; they strike one of us today and another tomorrow while Muslims take no action, as if what happens to our brothers does not concern us. History testifies that we were never like this in the past. When a Muslim woman, who was taken as a captive by the Romans in ‘Amooriyyah, screamed for help uttering her famous scream, “Wa Islamaah” (Oh My Islam!), Al- Mu‘tasim

answered her call with full concern, “Labbayki [at your disposal]” and prepared an army which heavily defeated ‘Amooriyyah and rescued the Muslim woman from the hands of the disbelievers. We should ask ourselves here: what tie was there between Al-Mu‘tasim and that woman except the tie of faith? 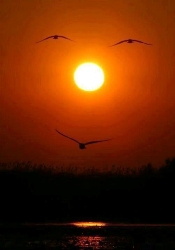