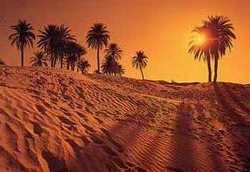 He is Sa‘d ibn ‘Ubaadah, May Allah Be Pleased with him, the chief of the Khazraj, and the carrier of the banner of the Ansaar. His mother is ‘Amrah bint Mas’ood. He was nicknamed Abu Thaabit and Abu Qays. He embraced Islam very early, and attended the second ‘Aqabah Pledge of Allegiance along with seventy men and two women from among the Ansaar, and was among the twelve leaders.

Although Sa‘d, May Allah Be Pleased with him, was the chief of his people, his position did not protect him from the harm of the Quraysh. After the second ‘Aqabah Pledge of Allegiance was over, and the Ansaar got ready for the journey of return to Al-Madeenah, the Quraysh learnt about the pledge of allegiance they gave to the Messenger of Allah and their agreement with him on his migration to Al-Madeenah in order to support him against the forces of the Quraysh. They were furious and pursued the Muslims and succeeded to catch hold of Sa‘d ibn ‘Ubaadah. They tied his hands to his neck and brought him to Makkah, turned round him, and beat him, troubling him with the most severe harm.

Commenting on that, Sa‘d, May Allah Be Pleased with him, said: “By Allah, while I was in their hands, behold! Some men from the Quraysh appeared to them, and among them there was a bright-faced man, meaning Suhayl ibn ‘Amr. I said (to myself): ‘If there is good in anyone of them, it then would not go beyond this man.’ But when he came close to me, he raised his hand and punched me hard, as a result of which I said to myself: ‘No, by Allah, they have no good after that.’ By Allah, I was in their hands, and they were dragging me, behold! A man from among them called me: ‘Woe to you! Do you not have any right of protection between you and anyone of the Quraysh?’ I said: ‘Yes, I used to give the right of protection to the merchandise of Jubayr ibn Mut‘im and protect them from any injustice to be committed against them in my territory; and the same is true of Al-Haarith ibn Harb ibn Umayyah.’ The man said: ‘Then, call the names of both men, and mention the right of protection between you and them.’ I did accordingly, and the man went to them and found them in the Ka‘bah, and told them that a man from the Khazraj was being beaten in Al-Abtah, and he called their names, and mentioned that there was a right of protection between him and them. They asked him about my name, and they were told that it was Sa‘d ibn ‘Ubaadah. They said: ‘He has told the truth, by Allah.’ They then came and saved me from their hands.” [Ibn Sa‘d]

When the Messenger of Allah and his Companions emigrated to Al-Madeenah, Sa‘d received them with great warmth, and put his property at their service. He was known for his munificence and generosity, and his fame for this was far-reaching. He always asked Allah for more sustenance and good, saying: “O Allah! Grant me glory. O Allah! There is no glory without a deed, and there is no deed without property. O Allah! Little is unfit for me, nor am I fit for it.” [Al-Haakim]

A man from among the Ansaar might host one, two or three (maximum), whereas he used to host as many as eighty. His caller used to ascend the roof of the house and call at the top of his voice: “Whoever likes fat and meat, let him come here.” The Messenger of Allah supplicated Allah for him saying: “O Allah! Confer Your blessings and mercy upon the family of Sa‘d ibn ‘Ubaadah.” [Ahmad]

The situation of Sa‘d ibn ‘Ubaadah, May Allah Be Pleased with him, on the Day of Badr indicated his courage. The Messenger of Allah sought the counsel of the Ansaar, thereupon Sa‘d, May Allah Be Pleased with him, stood and encouraged fighting. He said: “O Messenger of Allah! If you order us to set out to Bark Al-Ghimaad, we would surely do.” [Ahmad and Muslim]

In the Battle of Khandaq, the disbelieving tribes gathered against Islam, and besieged Al-Madeenah. The tribe of Ghatfaan offered to withdraw from the army of the Confederates in return for receiving one-third the fruits of Al-Madeenah. The Messenger of Allah consulted both Sa‘d ibn ‘Ubaadah and Sa‘d ibn Mu‘aath, May Allah Be Pleased with them. Sa‘d ibn ‘Ubaadah said: “‘O Messenger of Allah! Is it something you like, so that we would do for your sake, or Allah Has Commanded you to do, so that we should do accordingly, or you do it only for us?’ The Messenger of Allah said, ‘It is something I do for your sake just when I saw the Arabs having gathered collectively against you.’ He said, ‘By Allah, O Messenger of Allah, they have never coveted that from us during the pre-Islamic days. Then, how could it take place now, given that Allah Guided us through you, Exalted and Honored us with you? By Allah, they deserve nothing but the sword until Allah Judges between us.’ On that the Messenger of Allah said, ‘Then, let it be as you like.’” [Ibn Hishaam]

He died during the caliphate of ‘Umar ibn Al-Khattaab, May Allah Be Pleased with him.