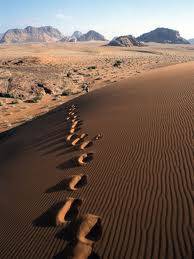 1. As soon as the Prophet

reached Madinah, he built a Mosque for prayers. The walls were made of mud and the roof was made of leafy stalks of date trees.

2. Up until then there were only two compulsory Rak'ahs (units of prayer) for the noon (Dhuhr), afternoon (‘Asr) and night (‘Isha) prayers; but from then on four Rak'ahs were made compulsory for these three times of prayers.

3. Agreements were made with the Jews and the neighboring tribes for peace and friendliness.

4. Bonds of brotherhood developed between the Muhajireen (the emigrant Muslims) of Makkah and those of Madina, called Ansar (helpers). The Ansar loved the Makkans more than their brothers and permitted them to share in their properties on equal terms.

1. Regular calls for the prayer began to be observed.

2. Allah Almighty commanded the Muslims to change their direction of prayer from Jerusalem to the Ka'bah in Makkah.

3. Fasting in the month of Ramadan was made compulsory.

1. Zakat (the poor due) was made compulsory, i.e., every rich Muslim was required to give 1/40 of his wealth every year for distribution among the poor.

1. Women were required to wear the Hijab (veil).

proceeded towards Makkah for 'Umrah, but when he reached a point where he was 14 miles away from Makkah the Quraysh would not allow him to go further. The Prophet

stopped there, and during his stay there, an agreement was made between the Quraysh and the Muslims on the following points:

1. Peace be maintained for ten years and travel and transactions should be freely operated. Every tribe is to be allowed to join hands with the Muslims or the Quraysh.

2. The Muslims were allowed to offer their prayers at the Ka'bah the following year.

3. If a person from the Quraysh accepted Islam and reached the Prophet

accepted this condition as well.

The Quraysh thought that no person would accept Islam in view of this condition.

When the agreement was being drafted, Abu Jandal, son of Suhail (who came to negotiate the agreement for the Makkans) was already a Muslim, but he was kept in confinement by the tribe. However, as soon as he got the opportunity, he fled while his feet were still chained.

Suhail demanded the Muslims to hand over his son according to the terms of the agreement.

The Muslims refused to act upon the terms of the agreement as it had not been signed by them at that time. Suhail became angry and told the Muslims that they would not enter into an agreement.

handed Abu Jandal over to them. Abu Jandal was returned to confinement. While he was held captive in Makkah, he taught people the basic principles of Islam. As a result of the teachings, one hundred people embraced Islam within a year in Makkah itself.

and the goodness of the religion of Islam were captivating hearts, despite the many difficulties that people had to face when accepting Islam. They suffered separation from near and dear ones, distances from their native land, fear of torture and imprisonment. Yet, all of this could not deter people from accepting Islam.