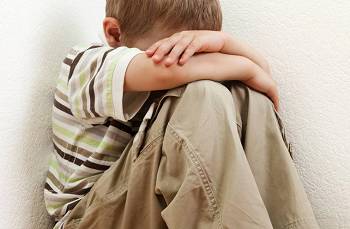 The process of upbringing is a sublime undertaking, because it helps in the formation and development of the human character. This sublime endeavor requires much effort, patience, perseverance, and wisdom in order to fulfill and carry it out. It becomes more challenging when it deals with solving the psychological problems of children, such as aggressiveness. In fact, numerous families suffer aggressive behavior on the part of their children, which is why a sound upbringing involves curing aggression in children and helping them build sober, stable and benevolent characters.

What is "aggressive behavior"?

The word "behavior" means one's line of conduct and manners, while the word "aggressive" is an adjective derived from "aggression", which means any harmful action or offensive activity towards others.
Thus, we can define aggressive behavior as any offensive and harmful action exercised by a child or an adult against others. It can include physical beating, abusing or any other form of aggression.

The child's inclination towards aggressiveness can be noticed by observing his behavior such as quarreling, seeking revenge, disputing, stubbornness, defiance, enjoying criticizing others and disclosing their faults, ascribing weakness and disability to others and belittling them, the tendency to torture, creating disturbance and derangement, slandering others, causing trouble and throwing tantrums. Although there are many types of aggressive behavior, we will mention only the most important and prevalent ones:

1. Stubbornness: It is the simplest form of aggression, and it is clearly noticed in the behavior of children when they reject the requests, commands or the instructions of their parents or relatives. However, it normally goes away under the influence of normal social interaction and growth.

2. Quarreling: This behavior is manifested in the child's beating his siblings and peers, pushing them, pulling them by their hair, or publicly taking their belongings by force. Research shows that males are more ready to quarrel and fight over things than females, and also showed that the tendency to fight decreases with age.

3. Deception and abuse: This is clear in the desire to enrage other children, plotting against them, harming and torturing them, causing troubles to them, or spoiling their games. Moreover, the aggressive child always targets the weak points of his victims. This means that he does not randomly select his victim. However, he chooses a child who will submissively consent to the humiliation and provocations against him.

The danger of aggressive behavior

The presence of an aggressive child or more within a family has a bad effect on its comfort and tranquility. Besides, it has many other negative effects, whether morally or materially, including: harming, beating, abusing his siblings and taking their toys by force. This will enrage them, so they will express their anger through either quarreling with him and fighting back, or resorting to crying in order to express their discontent and discomfort.

In addition to this, the aggressive child may also cause damage to the furniture. He creates an atmosphere of chaos in the house by turning everything upside down after the mother has exerted an effort to put them into order. He also tries to control all that is going around him, as if he is the master of the situation. Furthermore, he disturbs all the family members by raising a riot and making noise. For example, when his father returns exhausted from his work and wants to rest for a while, he finds the house a hub of uncontrollable noise, which could even reach the neighbors and disturb them. Additionally, his aggression may be transferred to his siblings, and this infection may be even extended to his neighbors and schoolmates.

Therefore, the phenomenon of aggressiveness should be cured as fast as possible due to all its accompanying disadvantages and dangers. The family, school and the entire society should join hands together in an effort to overcome this dangerous problem. This is because this problem can be reinforced in the child's personality, and if the aggressive behavior grows with him, he would harm many others and harm himself as well.

When the family manages to diagnose and identify the aggressive child, and realize the driving forces behind his aggressiveness, they should try to replace his negative characteristics with positive alternatives. They should know that behavioral therapy mainly aims at achieving radical changes in the individual's behavior in order to make his life and the lives of those around him more positive and active. Thus, getting rid of the factors that lead to aggression among children is the first step to cure this problem, and in the following table, we will briefly mention the causes of aggressiveness and their remedy:

Allowing him to practice any sports he likes for a long time, in order to drive him away from directing his power towards harming others.
The desire for self-assertion:

Assign him some tasks to perform in front of his siblings and friends, like asking him to express himself, or narrate a story, and then praise his work and encourage him after he completes it.

Preparing a place in the house for him to freely move and play in; accompanying him to public parks and play grounds, preferably with his playmates.

Social frustration and a sense of jealousy and inequity:

We should make the child feel our love, sympathy, compassion and solicitude for him. We should also fulfill his requests in moderation in order to make his character more normal and well-mannered.

Guarding against watching horror films and fighting scenes which are aired regularly on satellite channels.
In addition to the aforementioned guidelines, we should try to utilize the time of an aggressive child with beneficial activities in order to prevent him from feeling lonely. Moreover, we should bring him appropriate toys, and help him to develop his hobbies and practice them. It is worth mentioning that curing an aggressive child requires a continuous observation for his motions, behaviors, and conversations, and his attitude towards people and things.

Additionally, we should follow his progress and monitor the response to these attempts of curing his aggressiveness. He must feel that we are close to him. He also must feel that we love him and care about him. We should also give him gifts as a kind of reward whenever we notice a change or progress in his manners. In short, we will not be able to overcome the problem of aggressiveness unless we precisely follow the previously mentioned steps, especially when all the family members cooperate to help their beloved child break out of his pattern of aggressive behavior.

Finally, we must supplicate Allah, The Almighty, to help us in our quest, since supplicating Allah for the family is one of the attributes of the believers. Allah, The Almighty, Said describing the true worshipers (what means): {And those who say, “Our Lord, grant us from among our wives and offspring comfort to our eyes and make us an example for the righteous.} [Quran 25:74].

Your Angry Child is not Aggressive – II

Your Angry Child is not Aggressive – I

In order to satisfy the child's need for love, compassion and security, you, dear mother, have to take the following steps: 1- Kissing: A kiss is a sign of the heart's mercy for the young child, and confirms the relationship of love between the old and the young. It is an established Sunnah (tradition) proven from our Messenger, sallallahu ‘alayhi wa sallam: It is narrated on the authority...More