Mary: An Inspiration for All Times 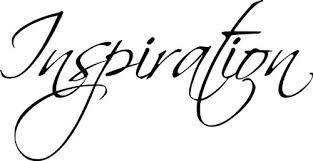 Many non-Muslims get surprised when they hear Muslims speak of their respect and love of Mary, the mother of Jesus, may Allah exalt their mention. Revering Mary and believing in Jesus, her son, as a Messenger of God—and not His son—is an essential part of the Muslim faith.

The Quran portrays Mary as a very devout woman whose belief in Allah was so real and so strong it gave her –prior to the birth of Jesus –a highly respected and well-known place among her people. That culminated in Allah choosing her to give a miraculous birth to Prophet Jesus. Muslims recite Mary's name when they read the Quran. Her name appears 34 times in the Quran; 11 times in direct details of her own experience, and 23 times in association with the name of her son, Jesus. Chapter 19 of the Quran is named after her.

Mary's story in the Quran is a moving account that touches the heart with its passionate narrative, vivid description as well as the insights it inspires into matters of faith and life. Let us read parts of it from the chapter that carries her name (which means):

{Relate in the Book (O Muhammad, the story of) Mary when she withdrew from her family to a place in the East. She took, in seclusion from them, a screen; then We sent to her Our angel, and he appeared before her as a man in all respects. She said: "I seek refuge, in the Most Merciful, from you, (so leave me) if you should be fearing of Allah." He said: "I am only a messenger from your Lord to announce to you the gift of a pure son." She said: "How can I have a son, while no man has touched me and I have not been unchaste?" He said: "Thus (it will be); your Lord says, "It is easy for Me: and (We wish) to make him as a Sign to the people and Mercy from Us."} [Quran 19:16-21]

{Then she, conceived him, and she withdrew with him to a remote place. And the pains of childbirth drove her to the trunk of a date palm. She said: "Would that I had died before this, and had been forgotten and out of sight!" Then (the baby Jesus) cried unto her from below her, saying: “Grieve not: your Lord has provided a water stream under you.”} [Quran 19: 22-24]

These verses emphasize an aspect of Mary's character that has far-reaching individual and collective consequences; namely, chastity. All of Allah's Messages, Judaism, Christianity and Islam included, brought the same teaching regarding this aspect: that marriage is the only proper realm for sexual relationship between men and women –as husbands and wives –and that fornication and adultery are major sins that warrant Allah's wrath. Looking at today's reality; however, one is amazed at how far people managed to distance themselves from that teaching. To be chaste today is to be backward and abnormal. This is particularly trying for our young Muslims –males and females –who live in a society where most girls start to have sexual relationship at the age of 13.

To our young men and women I say take Mary as an example. Protect your chastity and Allah will protect you. Do not succumb to calls that justify illicit sexual relationship under the guise of entertainment and personal freedom. Illicit sexual relationship is always wrong. No amount of pleading or rationalizing would make it justifiable. Wrong is wrong, even if everybody is doing it; right is right even if nobody is doing it. Know that Allah's words do not deal in existential relativism.

Keep in mind that uncontrolled sexual relationship destroys homes, families and eventually leads to great unhappiness, human degradation, and venereal diseases. Illegitimate children or broken homes are responsible for the alarming rise, in Western society, of juvenile delinquency, drug addiction and other ills.

In choosing, choose obedience to Allah. Always avoid persons, places, and things which cause you to sin. 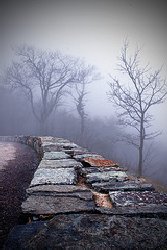