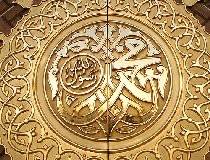 Prophets were sent to illuminate the way for mankind

Allah sent the Messengers, may Allah exalt their mention, to mankind throughout the ages so that mankind might be guided to the truth and be purified of sins. Those who were enlightened by the Messengers of Allah, found the way to the Divine Presence and attained the highest rank of humanity. The Messengers led mankind to the knowledge of Allah.

Through them, He was deeply felt by the ‘innermost senses’ of people. The ‘innermost sense’ of man, whether we call it heart or soul, or ‘conscience‘, is so great that through it man can ‘grasp’ Allah with all His Greatness and other Attributes. Allah cannot be contained by the heavens and earth. Minds cannot comprehend Him. Philosophical thoughts are by no means sufficient to reach Him. It is only through his soul or heart that a man can realize the Existence of Allah. Prophet Muhammad

is the last and greatest of these Prophets, and he left us the Quran and Sunnah (Prophet’s Tradition) so that we can, by following them, live in accordance with the purpose for which all the Prophets were sent.

Allah Says (what means):
“And I did not create the jinn and mankind except to worship Me.” [Quran 51:56]

We have not been created to eat, drink and reproduce; these are natural facts of our life, and natural needs. The main purpose for our creation is to recognize Allah and realize servitude to Him. For this reason, all the Prophets, may Allah exalt their mention, were sent to show us the way to achieve servitude to Allah, as He, The Most Exalted, Declares (what means):
• “And We sent not before you any messenger except that We revealed to him that, "There is no deity except Me, so worship Me." [Quran 21:25]
• “And We certainly sent into every nation a messenger, [saying], ‘Worship Allah and avoid false deities.’ And among them were those whom Allah guided, and among them were those upon whom error was [deservedly] decreed. So proceed through the earth and observe how was the end of the deniers.” [Quran 16:36]

The Prophets taught people the Laws of Allah

Another purpose for sending the Prophets, may Allah exalt their mention, is to communicate to people the Divine Commandments - obligations prohibitions. Had it not been for the Prophets, we could not have known these Divine Commandments. This function of the Prophets is called ‘Messengership’, concerning which Almighty Allah Says (what means): “… Those who convey the messages of Allah and fear Him and do not fear anyone but Allah.” [Quran 33:39]

The mission of the Messengers, may Allah exalt their mention, was to enlighten all of humanity concerning every dimension of their life. So, any neglect in delivering the Message of Allah would be an unforgivable fault for it would amount to leaving humanity in darkness. For this reason, Messenger Muhammad

could impart the Message of Allah.

The Prophets were examples

To set a good example for other people was another duty of the Prophets, may Allah exalt their mention– a duty which we must also always observe consciously. Each Prophet was sent to his particular people (except for Prophet Muhammad

who was sent to all mankind) to remind them of the need to worship one God, and refrain from associating partners with him. They were not gods, sons or partners of God, but were simply the best of mankind, chosen because of their humility in their behavior, morals, peacefulness and knowledge of Allah

The prophets established the balance between this world and the next

At a time when some led an isolated life in monasteries and others drowned in luxury, the Quranic instruction came (which means): “But seek, through that which Allah has given you, the home of the Hereafter; and [yet], do not forget your share of the world." [Quran 28:77]

The Prophets are the witnesses of Allah

People who have followed many so-called guides or leaders, only to be led astray, have reached the truth through the guidance of the Prophets, may Allah exalt their mention. They (Prophets) were the servants of Allah created for a special mission. They were ‘Prophets’ in the wombs of their mothers. Their lives resembled a beautiful theme, being perfectly harmonious and balanced. Their words came out of their mouths so sweet and penetrated into souls; the whole of existence, animate or inanimate, hearkened to them.

If the Prophets, may Allah exalt their mention, had not been sent, man might have had an argument against being punished in the Hereafter. But, as the Quran states (what means): “And never would We punish until We sent a messenger.” [Quran 17:15], Allah would not punish anyone without having in advance sent them Prophets to guide them. After the Prophets, mankind would no longer have any argument against the punishment or reward of Allah. 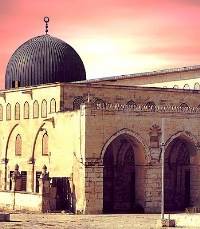