The Way to your Family's Happiness - I 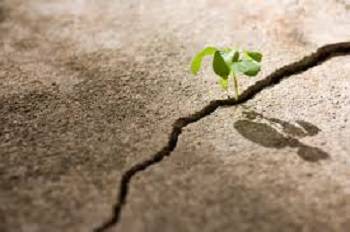 Happiness is the paradise of dreams that all people ‎long for, but the question that has perplexed humanity since ancient times is, “Where is happiness?”
Many people have searched for it in the wrong place and returned with broken hearts, like the one who went to search for pearls in the desert. Yes, people of all times experienced material pleasures and sensual desires, but they discovered that they could not find happiness through these things.
Some people tried to find happiness in wealth and affluence, but they did not find it. Other people searched for happiness in positions of honor and fame but they also did not find it.

Happiness is an emotion, a feeling that cannot be measured which springs from within; thus, happiness can never be bought simply because it comprises purity of the soul, peace of the heart, rest of the conscience and delight.
Once a husband said angrily to his wife, “I will make you miserable!”
The wife responded confidently, “You can make me neither miserable nor happy.”
The husband furiously inquired, 'How can you say that?'
The wife answered, “If my happiness had been in money or jewelry, you could have been able to deprive me of it; but my happiness is in something that no one can control.”
The husband asked in surprise, “What is that thing?”
The wife responded assuredly, “My happiness is in my faith, and my faith is in my heart, and none but Allah The Almighty has control over my heart.”

said while he was unlawfully imprisoned in the castle, “What can my enemies do to me? My Paradise is in my breast; wherever I go, it is with me.”

One of the righteous predecessors described his limitless and true happiness, saying, “Sometimes I say to myself: If the people of Paradise are as happy as I am, then they are leading a very pleasant life.”

said,
Truly, one’s heart is scattered, and turning towards Allah The Almighty is the only thing that can make it whole again. The heart is full of sadness that cannot be removed except through the happiness of knowing Allah The Almighty and being true to Him. The heart is invaded by worry, which can only be pacified through fleeing to Allah The Almighty. In the heart, there are flames of sorrow that can never be extinguished except through satisfaction and showing patience with the Commands, Prohibitions and Decree of Allah The Exalted; in the heart, there is poverty that cannot be filled except with love for Him and by turning to Him and always remembering Him. If a person were given the entire world and what it contains, it would not fill this emptiness.

Dear Muslim brothers and sisters, happiness can never be obtained except through faith and certainty in the first place. Our religion brought what guarantees happiness for the Muslims and banishes sadness.

The Prophet, sallaallahu ‘alayhi wa sallam, also used to say in his supplication: “O Allah, I seek refuge with You against grief and worry.”

Islam has come to fulfill happiness for humanity and protect them against evil in all affairs of life. These affairs certainly include family happiness, which is built upon love, compassion and peace. Allah The Almighty Says (what means): {And of His signs is that He created for you from yourselves mates that you may find tranquility in them; and He placed between you affection and mercy. Indeed in that are signs for a people who give thought.} [Quran 30:21]

Islam also stresses that a righteous and pious wife is one of the fundamentals of happiness. Sa‘d ibn Abi Waqqaas

The Prophet, sallaallahu ‘alayhi wa sallam, also said: “The world is but (a quick passing) enjoyment; and the best enjoyment of the world is a righteous woman.” [Muslim]

Allah The Almighty Says (what means): {So righteous women are devoutly obedient, guarding in [the husband's] absence what Allah would have them guard.} [Quran 4:34]

Islam pays special attention to the family and takes care of it, as shown in the following points:

• Islam considers piety and good morals as the ‎foundations of marriage; this shows the exceptional importance given to marriage in Islam. Marriage prevents a person from falling into corruption and sin and prevents the break-up of society. The Prophet, sallaallahu ‘alayhi wa sallam, said: “A woman is married for four things: for her wealth, for her noble ancestry, for her beauty and for her religion. Select the religious one, may you be blessed!” [Al-Bukhari and Muslim]

The Prophet, sallaallahu ‘alayhi wa sallam, also said: “If there comes to you one whose religious commitment and morals please you, then marry [your female relative who is under your care to him], for if you do not do that, there will be temptation on earth and great corruption." [At-Tirmithi] [Saheeh Hadeeth]

• Islam commands both spouses to treat each other ‎kindly and with consideration.

• {And due to the wives is similar to what is expected of them, according to what is reasonable. But the men have a degree over them [in responsibility and authority].} [Quran 2:228]

This kindness here includes verbal and behavioral kindness as well as leniency and forgiveness. Our homes are in dire need of adopting this kindness and good treatment. We need to accustom ourselves to maintain and strengthen our family life through good and sweet words that could have an incredible, positive influence on marital life. We should train our facial muscles to smile, as a smile can solve the most complicated problems.

Here is a situation from inside the house of the Prophet, sallaallahu ‘alayhi wa sallam, which shows us how our role model used to treat his wives kindly and leniently. ‘Aa’ishah

said, “One day, the Messenger of Allah, sallaallahu ‘alayhi wa sallam, entered upon me, and said: ‘Do you have any food?’ I said, ‘No.’ Thereupon, he said: ‘Then, I am observing a fast.’ On another day, the Prophet, sallaallahu ‘alayhi wa sallam, came and I told him that we were presented Hays (a dish made of dates and ghee). He said: ‘Bring that, as I woke up in the morning observing fast.’ Then he ate from that.”

A Bedouin woman described her husband after his death, saying, “By Allah, he used to smile whenever he entered upon me and keep silent whenever he left. He used to eat whatever he found in the house, and he never asked about any missing thing.”

• Islam forbids all forms of injustice particularly against one’s family, because kinship ties necessitate kindness and benevolence. The Prophet, sallaallahu ‘alayhi wa sallam, said: “Beware of injustice, for injustice will be darkness on the Day of Judgment.” [Al-Bukhari and Muslim]

Preferring one child over another is an act of injustice. An-Nu‘maan ibn Basheer

• Islam elevates the status of parents and considers their rights ‎among those which are the most stressed: Dutifulness to one’s parents can never be covered in these short lines as there are numerous evidences of this obligation in the Quran and the Sunnah (tradition), while there is a great deal of negligence towards this obligation in reality. Kindness and dutifulness to parents is the only right that Allah The Almighty joins with His right using the conjunction “and” Allah The Almighty Says (what means): {And your Lord has decreed that you not worship except Him, and to parents, good treatment. Whether one or both of them reach old age [while] with you, say not to them [so much as], "Uff," and do not repel them but speak to them a noble word.} [Quran 17:23]

• Islam commands us to provide our children with ‎ a righteous upbringing : Allah The Almighty Says (what means): {O you who have believed, protect yourselves and your families from a Fire whose fuel is people and stones, over which are [appointed] angels, harsh and severe; they do not disobey Allah in what He commands them but do what they are commanded.} [Quran 66:6]

commented on this verse saying, “One should order his family to obey Allah The Almighty, and forbid them from disobeying Him. He should also help them to adhere to the religion and deter them from violating its commandments.”