The Way to Your Family's Happiness - IV 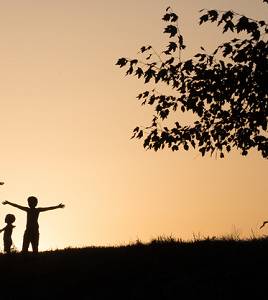 Dear Muslim brothers and sisters, every married couple wishes to have a happy family, but achieving happiness requires avoiding all the aforementioned causes of family break-up in addition to observing the following things: ‎

• Keenness on bringing up children through good ‎example and ‎good instruction: Good example is one of the most effective methods ‎in bringing up righteous children. If the educator is honest, truthful, generous and chaste, the child will acquire these attributes and vice versa.

A father came to me complaining that his sons did not respond to him when he forbade them from smoking. I asked him, “Do you smoke?” He answered in the affirmative. Then I said, “How do you expect them to stop smoking in response to your verbal forbiddance while you practically encourage them to continue?”

However, if the educator did his best to be a role model for his children and then observed any improper behavior, he should try to guide them leniently and through good advice by reminding them about the catastrophic consequences of evil acts.

Good advice has been mentioned frequently in the Quran. Allah The Almighty Says (what means):

• {And [mention, O Muhammad], when Luqmaan said to his son while he was instructing him, "O my son, do not associate [anything] with Allah. Indeed, association [with him] is great injustice."} [Quran 31:13]

• {Allah warns you against returning to the likes of this [conduct], ever, if you should be believers.} [Quran 24:17]

• {That is instructed to whoever should believe in Allah and the Last Day. And whoever fears Allah -- He will make for him a way out.} [Quran 65:2]

• {Indeed, Allah commands you to render trusts to whom they are due and when you judge between people to judge with justice. Excellent is that which Allah instructs you. Indeed, Allah Is ever Hearing and Seeing.} [Quran 4:58]

There is evidence in texts of the Sharee‘ah (Islamic legislation) that it is lawful to provide lawful alternatives. For example, The Prophet

appointed a man as the ruler of Khaybar who later brought some Janeeb (i.e. dates of good quality) to the Prophet

. On that, the Prophet

asked: ‘Are all the dates of Khaybar like this?’ He said, ‘No, by Allah, O Messenger of Allah! However, we take one Saa‘ of these (dates of good quality) for two or three Saa‘s of other dates (of inferior quality).’ On that, the Prophet

said: ‘Do not do so, but first sell the inferior quality dates for money and then with that money, buy Janeeb.’" [Al-Bukhari and Muslim]

This applies to family affairs. The father may find that the friends of his son or daughter are bad, so, he should instruct the child to choose good and righteous friends who help him do what is good. Similarly, the two parents should replace musical instruments and songs with Quranic recitations, beneficial lectures, and some good Sharee‘ah-approved Nasheeds (songs). The corrupt and immoral TV channels should be replaced with good channels that work in the field of Da‘wah (Islamic propagation) and observe the manners of Sharee‘ah such as Al-Majd channels.

• Cheap magazines that arouse evil desires should be replaced with beneficial Islamic, scientific and cultural magazines. This applies to all things that may be beneficial and harmful such as the computer and the Internet, which could be very beneficial, but they need control to protect the children against their evil.

It is also important for parents to establish even a small library in the house, where they should bring simple books about the different kinds of Islamic and useful worldly sciences.

• Creating an atmosphere full of love, compassion, and occasional fun within the family.

Let us ask a question: Why do children feel depressed and bored when they enter their houses and start shouting at their brothers and sisters roughly? Why do they become very cheerful once they leave the house as if they were in prison?

There is no doubt that such children have lost the warm and fun-filled atmosphere inside the house that should be full of love and sometimes fun. The Prophet

. He used to walk on his hands and knees while they were riding on his back. He also used to say to them: “What an excellent camel you are riding, and what excellent riders you are!”

coming towards him and stumbling, so he paused and descended to carry them.