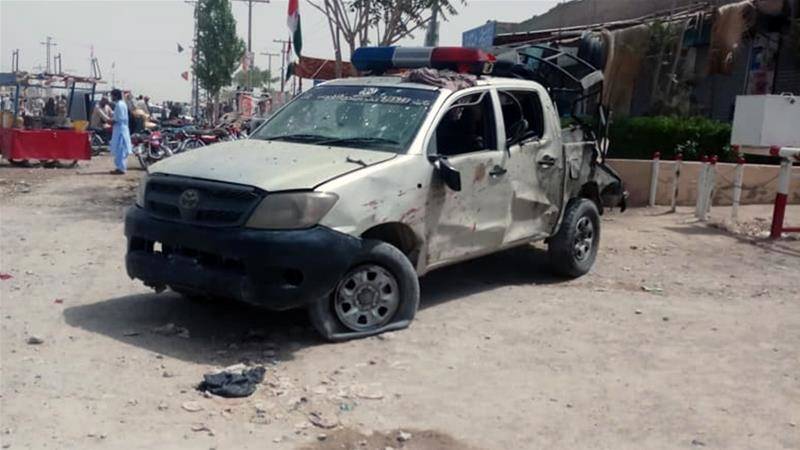 At least 29 people have been killed, including two policemen, in a bomb blast near a polling station in the Pakistani city of Quetta, according to officials.

More than 40 others were wounded in the blast on Wednesday, Waseem Baig, a spokesperson for Quetta Civil Hospital, told Al Jazeera.

The blast, which appeared to target a police convoy, took place just hours after polls opened in Pakistan for the country's parliamentary elections.

ISIL group claimed responsibility for the attack via its Amaq website.

Al Jazeera's Kamal Hyder, reporting from the Pakistani capital, Islamabad, said officials declared it was carried out by a suicide bomber operating a motorcycle.

"The death toll is likely to go up ... [but] a number of the victims include would be voters," he said.

The election day atmosphere is "tense", Hyder added, but early indications suggested voter turnout would be high with "people coming out in large numbers" throughout the capital.

At least 203 people have been killed in the weeks leading up to Wednesday's vote, with a series of suicide attacks targeting election rallies throughout the country.

On July 13, 154 people were killed in an attack on a political rally in the southwestern city of Mastung, the second deadliest attack ever on Pakistani soil.

Up to 800,000 police and military forces have been deployed to some 85,000 polling stations throughout the country in a bid to ensure the vote proceeds peacefully.

More than 30 political parties and 12,570 candidates are competing for the support of some 106 million registered voters, who will elect both the national and four provincial assemblies.