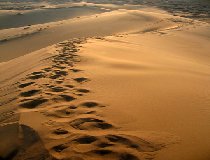 ‘Abdul-Muttalib was one of the nobles of Quraysh. He was known for keeping his promises and for his high moral standards, love for the needy, offering services for the pilgrims, and feeding people. He was even known for feeding the beasts and birds on the mountains during times of famine. He was a true noble who was obeyed and respected amongst his people. He was so bounteous that the Quraysh called him the "The Overflowing with Generosity". ‘Abdul-Muttalib was also the one who concluded the alliance between Quraysh and An-Nagaashi [Negus, the king of Abyssinia].

‘Abdul-Muttalib was the leader of his people; he led Banu Haashim and Banu Al-Muttalib in the War of Al-Fijaar. He was also a poet. He did not live to see the emergence of Islam.
Some of his children embraced Islam: Hamzah, Al-‘Abbaas, ‘Aatikah, Safiyyah, Al-Baydhaa’, mother of Hakeem, Burrah bint ‘Abdul-Muttalib, ‘Aatikah, mother of ‘Abdullaah ibn Abu Umayyah, Safiyyah, mother of Az-Zubayr ibn Al-‘Awwaam and Arwa, the mother of the sons of Jahsh.
‘Abdullaah was the dearest son of ‘Abdul-Muttalib and he held him in high esteem. Once, ‘Abdul-Muttalib made a solemn vow that if he had ten children he would slaughter one of them as a sacrifice. Therefore, when Allah The Almighty granted him ten children he drew lots to decide who of them would be slaughtered. The lots fell to ‘Abdullaah, his youngest and most beloved son. Nevertheless, ‘Abdul-Muttalib drew once more to choose between ‘Abdullaah and one hundred camels and that time the camels were chosen. This incident proves that Allah The Almighty, protected the father of the Prophet

.
‘Abdul-Muttalib chose Aaminah bint Wahb ibn ‘Abd Manaaf ibn Zahrah ibn Kilaab, to be the wife of his son, ‘Abdullaah. She was the best of her people regarding her noble position and lineage. Her father was the chief of Banu Zahrah who was greatly respected.
Aaminah and ‘Abdullaah were married in Makkah and a few months later in summer he set out to Ash-Shaam [Greater Syria] on a trade journey to earn his living. However, he never returned and the caravan came back with the news that he died after falling ill. He died before the birth of Muhammad

.
When Aaminah gave birth to the Prophet

she sent him to his grandfather, ‘Abdul-Muttalib to let him know the good news. ‘Abdul-Muttalib then took the baby to the Ka‘bah where he entered and thanked Allah The Almighty and supplicated Him. ‘Abdul-Muttalib chose the name Muhammad (literally means 'praised person') which was unfamiliar to the Arabs at that time. Therefore, they asked him why he had chosen a name that was not known to his ancestors. He replied that he wanted him to be praised by Allah The Almighty in the heavens and by the people on earth.
There are also narrations that show the extent of how ‘Abdul-Muttalib cared for the Messenger

after the death of his mother Aaminah. For example, there is a narration by Abu Ya‘la, may Allah have mercy upon him, with a sound chain of narrators that ‘Abdul-Muttalib once sent Muhammad

after some camels that had gone loose but he was very late and ‘Abdul-Muttalib felt worried. When Muhammad

returned, ‘Abdul-Muttalib swore never to send him on any errands again and that he would never leave him again after that.
It was also narrated that ‘Abdul-Muttalib used to keep the Prophet

close to him, and prevent anyone from entering his room while he

was asleep. Moreover, ‘Abdul-Muttalib never slept while the Prophet

with him.
He also kept a place for Muhammad

where no one else was permitted to sit.
‘Abdul Muttalib continued to take care of the Prophet

until he felt that he was about to die. Therefore, he assigned Abu Taalib, the uncle of Muhammad

to look after him

and provide for him

. ‘Abdul-Muttalib died when the Prophet