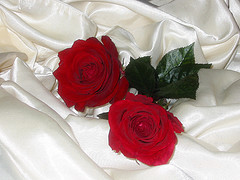 The Prophet's marriage to Khadeejah - I

The period of the family life of the Prophet

during his marriage to his first wife, Khadeejah, may Allah be pleased with her, could be considered as the prototype of an Islamic family life. This implies that we should look at this period as the ideal example for family relationships, practices, and attitudes which we should emulate. There is a lesson to be learned from each aspect of this relationship, starting with the circumstances surrounding its onset, followed by the numerous, happy and sad incidents known to us that filled this period of the Prophet's life. For the purpose of brevity, only a few specific observations will be discussed.

The first observation is related to the circumstances surrounding the onset of this marriage. The age of the Prophet

was 25 years, which is probably the optimal age of marriage for a man. Khadeejah, may Allah be pleased with her, was 40 years old at that time. If this point should mean anything, it is to show that the traditional expectation that the wife's age should be close to, or slightly less than the husband's is not necessarily true all the time. What counts actually is not the age, but the maturity and compatibility. Another point of this observation is the fact that the Prophet

was independent, gainfully employed, and very successful. His

efficient work performance and excellent business ability were among the main reasons why Khadeejah, may Allah be pleased with her, was attracted to him

Although she, may Allah be pleased with her, was wealthy and able to support the household, the Prophet

continued to work and produce. This is another pointer for our husbands-to-be, that he is able to provide for the family. A third point is the fact that Khadeejah, may Allah be pleased with her, was the one who approached the Prophet

regarding the marriage through her friend, Nafeesah. Many of the Muslims feel that it is not appropriate for a girl or her guardian to approach a man regarding marriage, and that the man is the one who should ask for the girl's hand. The example of the Prophet's

marriage to Khadeejah, may Allah be pleased with her, shows that such a tradition is just a matter of false pride.

It is quite appropriate for a female seeking marriage, or for her guardian, to approach a qualified candidate regarding marriage, as long as this is done in a decent, proper way. It should actually be the duty of the parents to look for the proper righteous husbands for their daughters, since these righteous husbands are usually difficult to find these days.

and Khadeejah, may Allah be pleased with her. This family relationship was characterized by love, respect, and appreciation; by hard work, support, and cooperation; and above all, by unprecedented loyalty that lasted till the end of the Prophet's

life, even after the death of Khadeejah, may Allah be pleased with her. How did the Prophet

achieve such a beautiful relationship?

This simple but true fact is commonly ignored by many marriage partners. They take the relationship between them for granted. They may express their kind feelings to outsiders and show their best behavior to strangers, but when they deal with each other, each assumes that the other already knows his or her feelings. They take each other's feelings for granted. If each partner shows the best of himself or herself to his/her partner, many shaky marriages will become healthy and successful again.

gave us the best example in this respect. He

always showed his best conduct to his family. He

always asked the believers to be good to their families, and when it comes to good deeds, one should start with those he is in charge of.

and his wife, Khadeejah, may Allah be pleased with her, was the mutual counseling and support. A single incident will be quoted to make a point. It was the time when the Prophet

received the first revelation. The magnitude and the impact of this incident were so great that it literally shook him up

go to for counsel and support in such a difficult time? Did he

go to his best friend? Or to his lawyer? Or to his professor or advisor? Or to the elder of the community or tribe? None of these. He

went to his wife Khadeejah, may Allah be pleased with her. He

asked her for support and for her opinion, and apparently he

"Be steadfast and have good news. By the one whose Khadeejah's soul is in His hand (i.e., Allah Almighty), I wish you become the Prophet of the this Nation. By Allah, Allah will never let you down. You are kind to the kin, you are truthful in your word, you carry the weak, you host your guest, and you support the afflicted." [Al-Bukhari and Muslim]

Someone may ask: what would this single incident mean? It means quite a lot. This type of mutual trust and confidence does not develop instantly. It is rather the result of long years of exposure, testing and practice. In such a challenging and difficult situation, the Prophet

would not seek counsel and support from someone he

had not trusted and tried before.

The point to be made is that the mutual counseling and support between marriage partners is an essential ingredient for a successful family life. It serves two purposes: One, that a very useful source of counsel and support must be utilized rather than wasted. Second, the consulted partner will develop confidence, in addition to a sense of participation and appreciation, which will further strengthen family ties.

Another clue was the Prophet's

participation in the activities of his family, giving a helping hand whenever he could. When 'Aa'ishah, may Allah be pleased with her, was asked:

"What did the Prophet

do at home?" She, may Allah be pleased with her, replied: "He

would be involved in the service of his family, and when the time for prayers was due, he

would wash up and go out for prayers." [Al-Bukhari]

The Prophet's marriage to Khadeejah - II