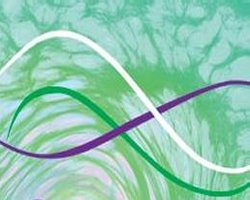 The covenant between the Prophet and the Jews

Soon after emigrating to Al-Madeenah and making sure that the pillars of the new Islamic community were well established on strong bases of administrative, political and ideological unity, the Prophet

embarked upon the task of establishing regular and clearly-defined relations with the non-Muslims there, who comprised of Jews and Arab tribes. All of these efforts were exerted solely to provide peace, security, and prosperity to all mankind at large, and to bring about a spirit of rapport and harmony within his region in particular.

was also keen on establishing friendly relations between the Muslims and non-Muslims. He was very meticulous in not leaving any area in the charter that would allow pre-Islamic traditions to slip in or violate the new environment he wanted to establish.
Geographically, the nearest people to Al-Madeenah were the Jews. Despite harbouring evil intentions and nursing a bitter grudge, they showed neither the least resistance nor the slightest animosity. The Prophet

decided to ratify a treaty with them with clauses that provided full freedom in faith and wealth. He had no intention whatsoever of following severe policies involving banishment, seizure of wealth and land, or hostility.
Included in the treaty were a number of terms and conditions. The main condition being that, in case of an attack on Al-Madeenah launched by outsiders, the people of Al-Madeenah as a whole would raise arms, collectively, against the enemies. Another condition being that the Jews of Al-Madeenah would not provide refuge to the Quraysh of Makkah or their allies. None of the citizens of Al-Madeenah would put any hurdle in the way of anyone else's religion, life or property. If two people of Al-Madeenah had a falling-out on an issue and were not able to find any solution to it by themselves, they would have to abide by the decision made by the Prophet

concerning it. The Muslims of Al-Madeenah would be considered as friends of the Jews, and they (the Jews) would therefore have to treat as friends those tribes and clans who were in alliance with the Muslims. All kinds of fighting and bloodshed would be treated as prohibited in the territory of Al-Madeenah.
The most important provisions of the treaty were as follows:
After the agreement was finalised, the Prophet

made an all-out effort to bring the clans around Al-Madeenah into the fold of this pact so that all disruptions, disorder and bloodshed were curbed once and for all. The Prophet

was so eager to widen the scope of this pact that he made a special journey to premises of Dhamrah bin Bakr bin 'Abd Manaaf to bring them around to this recently signed pact. He won over their chief, 'Amr bin Makhshi, to the idea and he put his initials on the document. He also got the people of Mount Buwat and of Thul-'Ushayrah in Yanbu' and Banu Mudlij to accept the peace treaty. The purpose of the Prophet

in constructing this peace pact was to create an atmosphere of peace and order so that the people could be at peace and be able to reflect on the message of Islam in an air of safety and security. These peace efforts were yet to bring fruit when clandestine activities in Al-Madeenah and onslaughts from outside plunged Al-Madeenah into disorder once again.
Al-Madeenah and its suburbs, after the ratification of this treaty, turned into a coalition state, with Al-Madeenah proper as capital and Muhammad

as de facto president; authority rested primarily in the hands of the Muslims, and consequently it was a real capital of Islam.
The peace pact made all the people of Al-Madeenah recognise the strength and supremacy of Islam and they all signed it, signifying their acceptance of the superiority of the Muslims.