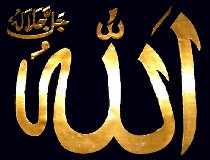 Allah The Almighty safeguarded His Prophet

from the polytheism of the pre-Islamic days and from the worship of idols. In this respect, it is narrated by Imaam Ahmad

that he said, “A neighbor of Khadeejah, may Allah be pleased with her, told me that he heard the Prophet

During his youth, Allah The Almighty protected him from the usual tendencies of young men and their rash reasons to which teenagers tend by nature; however, these tendencies do not befit the reverence and glory of the callers to Allah The Almighty. It is narrated on the authority of ‘Ali bin Abi Taalib, may Allah be pleased with him, that he said,
I heard the Messenger of Allah

saying: “I never attempted to approach an immoral act of that which the people of the pre-Islamic days would do except twice during my lifetime, and from both of them, Allah The Almighty prevented me.
“One night, I said to a young man from the Quraysh who was with me in the upper part of Makkah pasturing sheep for his people: ‘Take care of my sheep on my behalf such that I may entertain myself tonight in Makkah like the other young men do.’ He answered in the affirmative, so I set out and when I reached the nearest houses of Makkah, I heard [the sound of] singing, tambourines and pipes, so I asked: ‘What is this?’ It was said, ‘So and so, a man from the Quraysh, has married so and so, a woman from the Quraysh.’ I was entertained by that singing and sound until I fell asleep and nothing but the heat of the sun awakened me. I returned and he [my companion] said to me, ‘What did you do?’ So I informed him of what had happened.
"On another night, I asked the same of him again and he did the same. I set out and heard the same [that I had heard on the previous occasion], and when I asked about it, the same answer was given to me. I was then entertained by what I was hearing until I fell asleep, and nothing but the heat of the sun awakened me. I returned to my companion. He asked me, ‘What did you do?’ I said: ‘I have done nothing.’” The Messenger of Allah

later commented: “By Allah, I never again attempted to approach any evil of what the people of the pre-Islamic days would until Allah The Almighty honored me with Prophethood.”
Two facts of great importance that can be derived from this Hadeeth:
1.      The Messenger of Allah

had every human characteristic, and he had, as any youth would, various natural inclinations to which the people are predisposed by the wisdom of Allah The Almighty. He knew the meaning of amusement and entertainment, and felt the enjoyment one might have in them. He sometimes thought of enjoying such things as others did.
2.      However, Allah The Almighty protected him from all aspects of deviance and from all things that did not befit the Da‘wah (call) which He The Almighty prepared him to undertake.