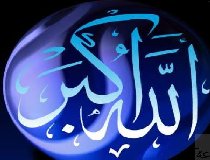 The Fudhool Alliance was held after the Quraysh had returned from the Fijaar War, mainly because a man from Zabeed (a Yemeni town) had brought some merchandise to Makkah. Al-‘Aas bin Waa’il took it from him but then refused to give him its price. The man therefore sought help against him from the chiefs of the Quraysh, but they did not help him because they held Al-‘Aas in a high position. Hence, the man stood next to the Ka‘bah and appealed to the Fihr tribe and other people who had a sense of honor.

In response to this appeal, Az-Zubayr bin ‘Abd Al-Muttalib declared that the man should not be let down. Hence, the Banu Haashim, Zuhrah and Taym bin Murrah gathered in the house of ‘Abdullaah bin Jud‘aan, who prepared food for them. They all gave an oath in the Name of Allah during the month of Thu’l-Qa‘dah to forever support the wronged against the wrongdoer until the former would get back his right.
They then set out to Al-‘Aas bin Waa’il, took by force the merchandise of the man, and returned it to him.
The Quraysh called this The Fudhool (Virtuous) Alliance, deeming that the allied tribes had initiated a virtuous approach.
The Prophet

attended this alliance by means of which they put an end to inequity and held the truth in an exalted regard. This alliance was a source of pride to the Arabs and it denoted their acknowledgement of human rights. In this regard, the Prophet

said: “I witnessed the alliance of Al-Mutayyibeen [i.e. Al- Fudhool] with my uncles when I was still a boy, and I would not even be satisfied at attaining [the finest] red camels for breaching it.” [Al-Albaani – Saheeh]
Moreover, the Prophet

said: “I witnessed, in the house of ‘Abdullaah bin Jud‘aan, an alliance that I would not even swap for the [finest] red camels. If I were invited to such an alliance under Islam, I would definitely respond to the invitation.”
Lessons to be learned: