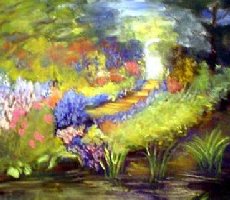 How the Prophet Raised His Daughters - I

All historians agree that the Prophet,

, had four daughters, and they all witnessed the advent of Islam, became Muslims and joined the journey of Hijrah (emigration) to Madeenah. His daughters were: Faatimah, may Allah be pleased with her, who was born five years before the Prophet,

Only Allah The Almighty knows the wisdom behind the fact that the Prophet,

, had four daughters; however, some scholars maintain that this could have been due to the following reason:
Islam preserved the rights of daughters and granted them their due status. Islam promises those who look after their daughters and treat them well an abundant reward. Moreover, Islam made bringing daughters up and supporting them one of the ways of pleasing Allah The Almighty and entering His Paradise. It was narrated on the authority of Anas ibn Maalik, may Allah be pleased with him, that the Prophet,

, said: “The one who supports two girls until they grow up, he and I will be on the Day of Judgment like this [and he put two of his fingers together].”  In this Hadeeth, the Prophet,

, put his fingers together in order to express his closeness in Paradise to the person who brings up two girls. ‘Aa’ishah, may Allah be pleased with her, narrated,
A woman along with her two daughters once came to me asking [for some alms], but she found nothing with me except a date which I gave to her. She [took it and] divided it between her two daughters and did not eat anything herself. Then, she got up and went away. The Prophet

then came in and I told him about this story. He said: “Whoever is put to trial by having daughters and treats them kindly [with benevolence], then these daughters will be a shield for him from the Hellfire.” [Al-Bukhari and Muslim]
No bounty or reward is greater than this.
In spite of the great reward that is promised to those who support their daughters and treat them well, some people feel no joy when a daughter is born to them and instead display their distress and sadness! This kind of reaction is an ignorant one and shows dissatisfaction with the decree of Allah The Almighty. Some parents are negligent regarding educating and advising their daughters and they do not care for them properly. If man comprehended the religion of Allah The Almighty, knew his duties, knew what is lawful, and what is unlawful, and followed the example of the Prophet,

, in every aspect of his life, he would live in comfort and happiness. He would also know how to worship Allah The Almighty, how to deal with his fellow Muslims, family, and wife, and how to bring up his children. This is because Islam guides us to all that is good and warns us against all that is evil.
How the Prophet,

, Raised His Daughters as Children
The Prophet,

was delighted when his daughters were born. He felt joy when his daughter Faatimah, may Allah be pleased with her, was born and thought of her as being tremendous good fortune. He named her Faatimah and nicknamed her Az-Zahraa’. She was given the epithet of “Umm Abeeha” (the mother of her own father).
Here, the Prophet,

, taught us a great lesson. He taught us that the one who is granted daughters should be happy and praise Allah The Almighty for the offspring that He has granted him. The parent has to intend to raise them well and to marry them off to pious, competent husbands so that he would thereby receive a great reward. Faatimah, may Allah be pleased with her, was the fourth and youngest daughter of the Prophet,

.
During early childhood, parents have to look after their young children and provide them with their physiological and psychological needs. At the early stages of the child’s life, the mother shoulders the greater part of the responsibility of caring for her children. At this age, children are usually closer to their mothers. Khadeejah, may Allah be pleased with her, was keen on looking after her children. After delivering, she would give them to someone to foster them in the open air of the desert so that the child would grow up to be eloquent and courageous, as the inhabitants thereof were known for these two qualities. This was the custom of the people of Quraysh, unlike what some mothers do, nowadays, when they give their children to servants and nannies to bring them up, who are known for their tampered creed and evil behavior, and thus affect the children of today in this manner.
During this stage of childhood, parents should introduce their daughters to the teachings of Islam, the rules of sound ‘Aqeedah (creed), recitation of the Quran, Salah (prayer), and wearing Hijab so that they would be used to this from their very early days.

How the Prophet Raised His Daughters - II

How the Prophet Raised His Daughters - III