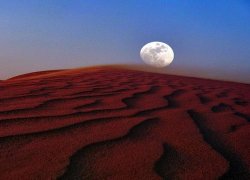 The Prophet’s Unique Characteristics in Times of War

At a time when people believed that the means of victory are limited to those who had power and resources such as weapons, manpower and other tangible factors, the Sunnah came to reveal a new aspect of the causes of victory. These were moral factors such as fear and dread, which was one of the unique characteristics that Allah The Almighty bestowed upon His Messenger,

. This effectively contributed to the spread of Islam, defending it and casting terror into the hearts of its enemies.

Jaabir ibn ‘Abdullaah, may Allah be pleased with him, narrated that the Prophet,

, said: “I was given five things that were not given to anyone before me: I have been made victorious by the dread [that is cast into the hearts of my enemies which precedes my arrival] as far as the distance of a month’s journey.”[Al-Bukhari]
The effect of this fear was clear on both the individual and general levels. On the individual level, fear was a cause of the Prophet,

, being protected from the harm and conspiracies of people, as Allah The Almighty Says (what means): {And Allah will protect you from the people.}[Quran 5:67]
By reviewing the biography of the Prophet,

, we will find some incidents affirming this issue on the personal level:
-      Despite the tyranny, harshness and oppression of Quraysh, the overwhelming personality of the Prophet,

, was not affected and its effect on the obstinate disbelievers was stronger than any weapon. One day, the leaders of Quraysh gathered to ridicule the Prophet,

, and mock him, but the Prophet,

, said to them: “Listen, O people of Quraysh! I swear by Allah in whose Hand is my soul, that I will oneday slaughter you.”The words of the Prophet,

, left them in great terror and they were all in shock. They were so horrified that the one who ridiculed the Prophet,

, the most started talking to him in a most polite manner hoping to conciliate him by saying, “Leave in peace AbulQaasim, for you were never intolerant.” [Ahmad]
-      When ‘Utbah ibn Rabee‘ah heard the Prophet,

, reciting the Quranic verse in which Allah The Almighty Says (what means): {But if they turn away, then say: ‘I have warned you of a thunderbolt like the thunderbolt [that struck] ‘Aad and Thamood.’}[Quran 41:13] he was terrified and said to the Prophet,

, “Enough! Enough!”
-      In the Battle of Thaat Ar-Riqaa‘, the Muslim army camped in a valley full of trees. Everyone started looking for a shady place and the Messenger of Allah,

, took shelter under a tree to get some rest and hung his sword on a branch. While he was sleeping, an Arab Bedouin wanted to kill him, so he took the sword of the Prophet,

, and said to him, “Who can save you from me?” The Messenger of Allah,

, replied: “Allah.” As soon as he said this, the man trembled and the sword fell from his hand. The Messenger of Allah,

, then took the sword and asked him: “Who can save you from me?”' [The story is narrated in Saheeh Al-Bukhari]
-      After the famous dialogue between Heraclius and Abu Sufyaan about the Prophet,

, and the religion that he was calling the people to, Heraclius said, “Indeed, his kingdom will reach where I am now standing.” When Abu Sufyaan and his companions left, he said to them, “Even the King of the Romans is afraid of him.”
Concerning this unique characteristic of the Prophet,

, on the general level, there are many incidents affirming this issue:
-      The Prophet,

, was victorious in the Battle of Badr after Allah The Exalted cast fear into the hearts of His enemies. Allah The Almighty Says (what means): {[Remember] when your Lord inspired to the angels: ‘I am with you, so strengthen those who have believed. I will cast terror into the hearts of those who disbelieved.’}[Quran 8:12]
-      After the Battle of Uhud was over and while the polytheists were on their way back to Makkah, they regretted that they had not completely destroyed the Muslims and therefore began rebuking one another. They then decided to return to Madeenah to fight the Muslims again, but Allah The Exalted cast terror into their hearts. Allah The Almighty Says (what means): {We will cast terror into the hearts of those who disbelieve for what they have associated with Allah of which He had not sent down [any] authority. And their refuge will be the Fire, and wretched is the residence of the wrongdoers.}[Quran 3:151]. [Ibn Abi Haatim]
-      The Noble Quran dedicated a whole chapter to the bitter defeat of the Jews of Banu An-Nadheer when the Prophet,

, cast them from their land after they attempted to assassinate him. Therefore, they destroyed their own houses due to their terror. Allah The Almighty Says (what means): {But [the decree of] Allah came upon them from where they had not expected, and He cast terror into their hearts [so] they destroyed their houses by their [own] hands and the hands of the believers.}[Quran 59:2]
-      When the Muslims besieged Banu Quraythah after their betrayal, they surrendered, opened the gates of their forts and yielded to the judgment of the Prophet,

, as they had lost all hope and Allah The Exalted had cast terror into their hearts. Allah The Almighty Says (what means): {And He brought down those who supported them among the People of the Scripture from their fortresses and cast terror into their hearts [so that] a party, you killed, and you took captive a party. And He caused you to inherit their land and their homes and their properties and a land, which you have not trodden. And ever is Allah, over all things, competent.}[Quran 33:26, 27]
-      No sooner had the Romans and their Arab allies heard that the Prophet,

, was marching to fight them, than they disunited and preferred to safeguard their lands and property. Therefore, they made peace with the Prophet,

, and paid the Jizyah (non Muslim poll tax), even though they surpassed the Muslim army in number and equipment. This was the result of the terror that Allah The Almighty had cast into the hearts of His enemies and the enemies of His Messenger,

.
This fear which Allah The Exalted cast into the hearts of the enemies of His Messenger,

, was not the only unique military characteristic the Prophet,

, was granted. He also had other exclusive characteristics:
-      The lawfulness of taking the spoils of war: the previous nations were not allowed to take the spoils because they were considered as ill-gotten property given that they were taken from enemies. Thus, the spoils would be collected and then a fire came from the sky and burnt the spoils. This was mentioned in the story of Prophet Yoosha‘, may Allah exalt his mention, which was narrated by Al-Bukhari. However, Allah The Almighty permitted taking the spoils for the Ummah of Muhammad,

, out of mercy and as an honor to its Prophet,

, who said: “Allah The Exalted made spoils lawful for us as He saw our weakness and incapacity.”[Muslim]
-      As narrated by Al-Bukhari, Allah The Almighty made fighting in Makkah lawful for the Prophet,

, on the day of the Conquest of Makkah for a part of that day. This was never made lawful to anyone before the Prophet,

Consequently, it is clear that the unique characteristics of the Prophet,

, greatly influenced supporting the Muslims on one hand, and making their enemies fear them, on the other.