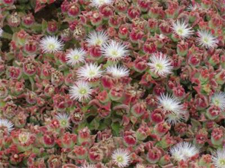 His Beautiful Patience – I

, faced many situations in his Da’wah (call) which indicated his patience and how he sought the reward of Allah The Almighty. It is well known that he was patient under all conditions starting from his Da‘wah in secret until he died while being patient and seeking the reward of Allah The Almighty. There are innumerable examples which manifested his patience in Da‘wah. However, we will mention only the following few practical examples:

The First Example: When ascending Mount As-Safa and his public call
Allah The Almighty ordered His Prophet,

, to warn his closest kindred. Allah The Almighty Says (what means): {And warn, [O Muhammad], your closest kindred. And be kind and humble to the believers who follow you. And if they disobey you, then say, “Indeed, I am disassociated from what you are doing.”}[Quran 26:214-216]
Accordingly, the Prophet,

, applied the order of his Lord to declare and publicize the Da‘wah and warn his closest kindred. He adopted wise stances through which Allah The Almighty made the Islamic Da‘wah dominant, and manifested the wisdom, courage, patience, good manners, and sincerity to Allah of the Prophet,

. Through such conditions, Allah The Almighty suppressed Shirk (polytheism) and its followers and humiliated them until the Day of Judgment.
Ibn ‘Abbaas, may Allah be pleased with him, narrated that,
When the verse in which Allah The Almighty Says [what means]:{And warn your closest kindred}was revealed, the Prophet

ascended Mount As-Safa and started calling:“O Bani Fihr! O Bani ‘Adiyy!”He was addressing various tribes of Quraysh until they were assembled. Those who could not come themselves, sent their messengers to see what had happened. Abu Lahab and other people from Quraysh came and the Prophet

then said:“Suppose I told you that there was an [enemy] cavalry in the valley intending to attack you, would you believe me?”They said, “Yes, for we have not found you telling anything other than the truth.” He then said: “I am a warner to you in the face of a terrible doom.” Abu Lahab said [to the Prophet], “May you be ruined all day! Is it for this purpose you have gathered us?” Then it was revealed [what means]:{May the hands of Abu Lahab be ruined, and ruined is he. His wealth will not avail him or that which he gained.} [Quran 111:1-2] [Al-Bukhari and Muslim]
The wording of another narration of this incident by Abu Hurayrah, may Allah be pleased with him, states that “The Prophet

called each clan and said to each one: ‘Rescue yourselves from Hell.’ Then, he said:‘O Faatimah! Rescue yourself from Hell, for I have no power [to protect you] from Allah in anything except that I would maintain your kinship ties with what it is due.’” [Al-Bukhari and Muslim]
This universal call is the ultimate message and warning that he,

pointed out to his closest relatives - that believing in this message is the means for the persistence of the maintenance of the ties of kinship. He clarified that the tribal bigotry of the Arabs had melted in the heat of this warning which came from Allah The Almighty. In this great situation, the Prophet,

, called his people to Islam, forbade them from worshipping idols, encouraged them to enter Paradise and warned them about Hell. Consequently, a surge of astonishment and disapproval was raised among the people of Makkah to nip this great call, which would destroy their habits and their ancestors’ customs of the pre-Islamic era, in the bud. However, the Prophet,

, did so. He continued to call to Allah The Almighty day and night, in secret and in public and nothing turned him back. He continued to call people to Allah The Almighty in their gatherings and during their seasons of pilgrimage, and called all people whether free, slave, strong, weak, rich or poor. All people were equal in this regard.
The strong, impudent men of Quraysh harmed him and his followers by their words and actions. Feelings of anger were aroused in Makkah because the people did not want to abandon the worship of images and idols. However, Prophet Muhammad,

, did not lessen the intensity of his Da‘wah. Moreover, he did not neglect the caring and special education of those who embraced Islam. He would privately meet with Muslim families away from the attention of the people of Quraysh. These families consisted of the heroes on whom the Prophet,

, pinned his hopes - after pinning his hopes on Allah - to carry the burden and physical responsibilities of spreading Islam. Accordingly, a firm and special group of the early Muslims was formed whose faith was strong, and whose creed was firm. They realized their responsibility, submitted to the orders of Allah, obeyed their leader and applied every order with unmatchable haste and love.
Through these wise situations and his firm righteous upbringing, Prophet Muhammad,

, accomplished his task and delineated for us the way that we should follow in our Da‘wah, work and behavior. He is our example and Imaam whose guidance we follow, and we seek the right path through his wisdom.
He began the Da‘wah with characters whom he chose and brought up, so, they responded to the Da‘wah and believed in him. His Da‘wah was general to all people and during the course of it, he would concentrate on those who had abilities or those whom he expected to have them. These characters formed the core of the firm base upon which the pillars of Da‘wah were built.
In spite of this blessed, great effort, the Prophet,

, did not resort to political assassination and did not get rid of certain individuals. It was easily available to him to command one of the Companions to kill some of the leaders of disbelief, such as, Al-Waleed ibn Al-Mugheerah Al-Makhzoomi, Al-‘Aas ibn Waa’il As-Sahmi, Abu Jahl ‘Amr ibn Hishaam, Abu Lahab ‘Abdul-‘Uzza ibn ‘Abdul-Muttalib, An-Nadhr ibn Al-Haarith, ‘Uqbah ibn Abi Mu‘ayt, ’Ubayy ibn Khalaf, and ’Umayyah ibn Khalaf. These men were the ones who harmed the Prophet,

, the most. However, he did not order any of his Companions, may Allah be pleased with them, to assassinate any one of such men or any other enemy of Islam, as such an act may have resulted in the termination of the whole community of Muslims, or the hindrance of its progress for a very long time, as a reaction from the enemies of Islam who would have fought it fiercely. The Prophet,

, did not command his Companions, may Allah be pleased with them, to kill such leaders at this stage because he was sent by the Most Just of Judges.
The callers to Allah The Almighty should follow this approach in all ages and places, following the way of the Prophet,

, either before or after the Hijrah (emigration). The right way of Da‘wah is his guidance, adhering to his morals, wisdom and conduct as he wished.
The Second Example: At his persecution from the leaders of Quraysh

The people of Quraysh followed another approach that combined encouragement and intimidation. They sent people to offer Prophet Muhammad,

, whatever he wished of this worldly life. They warned his uncle, Abu Taalib, who protected him of the consequences of supporting Muhammad,

, asking him to hold Muhammad back from them and their religion.
The leaders of Quraysh went to Abu Taalib and said to him, “O Abu Taalib, you enjoy great status and honor among us and we have asked you to prevent your nephew, but you did not. Indeed, we will not bear this anymore: the cursing of our ancestors, the discrediting of our minds, and the criticism of our gods. We will not bear this until you restrain him or we will fight both of you until one party will perish.”
This severe threat greatly affected Abu Taalib, who was significantly affected by the abandoning and enmity of his people. Nevertheless, he refused to submit the Prophet,

, to them or to let him down. Consequently, he sent for his nephew, saying, “O my nephew, your people came to me and said such and such, so, spare me and yourself and do not burden me with what neither you nor I can bear. Stop saying about your people what they hate to hear.”
The Prophet,

, consequently, became even more adherent to his Da‘wah to Allah The Almighty, and did not fear the blame of any critic as he was right and knew that Allah The Almighty would support His religion and make it dominant. When Abu Taalib saw this firmness and despaired of an agreement being made with the Prophet,

, to abandon his Da‘wah to worshiping Allah Alone, he recited to him some poetic verses indicating his complete support to the Prophet,