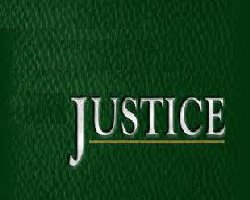 The Justice of the Prophet - I

Amidst the dark atmosphere that prevailed in the Arabian Peninsula, where aggression and oppression were practiced against the weak and the poor, Islam, the last of all religions, emerged to save people from the oppression of other distorted religions and embrace them with its justice. Allah revealed the best of His Books and sent the best of His Prophets to establish justice and truth so that the wronged would get their rights back and people would feel safe and secure. This is what the Prophet,

Justice was one of the characteristics of the Prophet,

, that he was brought up on. His justice included those who were close to him and those who were far from him, his friends and enemies, believers and disbelievers, alike. His justice extended to animals as well. He would even ask people to retaliate against him, fearing that he might have wronged or harmed any of them, and this is the epitome of justice.
One of the amazing incidents that testify to the Prophet’s great justice was narrated in a Hadeethon the authority of Abu Sa‘eed Al-Khudri, may Allah be pleased with him, where he said, “While the Prophet

was busy dividing something, a man came and eagerly approached him. Thereupon, the Prophet

shoved him [away] with an old date stalk that was with him. The man therefore left, and so the Prophet

called him [back] and said: ‘Come and avenge yourself [on me].’ However, the man said, ‘O Messenger of Allah! I have forgiven you.’”[An-Nasaa’i]
There are other examples of justice within the house of the Prophet,

, especially with the presence of jealousy among his co-wives. In a Hadeeth on the authority of Anas ibn Maalik, may Allah be pleased with him, he said, “One of the wives of the Prophet

sent him food in a bowl as a gift, and ‘Aa’ishah, may Allah be pleased with her, hit the bowl with her hand, spilling the food in it. The Prophet

said: ‘Food for food, and a bowl for a bowl.’” [At-Tirmithi. Its origin is in Saheeh Al-Bukhari]
Other examples of the justice of the Prophet,

, is apparent in his dealings with his wives. He would divide the days among them and used to say: “O Allah! This is my division in what I own, so please forgive me regarding what You Own, which I do not own [i.e. the heart].” [Abu Daawood] Also, the Prophet,

, would often draw lots among his wives before traveling in order to fairly determine who would travel with him. ‘Aa’ishah, may Allah be pleased with her, said: “Whenever the Prophet

intended to go on a journey, he would draw lots amongst his wives, and he would take with him the one on whom the lot had fallen.” [Al-Bukhari and Muslim] commenting on this Hadeeth, Al-Munaawi

said that the Prophet,

, would do so in order to keep good relations among his wives, to not prefer one over another without reason, and to be just.
Within the realm of this just methodology of the Prophet,

, all rights were restored to their owners and every person knew his duties and rights. Moreover, all people, Muslims and disbelievers, felt the justice of the Islamic rulings after the Prophet,

, had established a lofty system, thus providing an effective way to apply justice. This methodology established the truth and evaluated with justice, guaranteeing support for the wronged and suppression of tyrants. Thus, the poor no longer feared the transgression of their rights, and the rich no longer aspired to arrogate what was not theirs. Additionally, those who interceded did not aspire to prevent the execution of one of the prescribed punishments of Allah. The Prophet,

, said: “Who would do justice if I do not do justice? Surely I would be very unfortunate and at loss if I did not do justice.” [Al-Bukhari and Muslim]
It was narrated that a woman from Banu Makhzoom (a branch of the Quraysh tribe) stole, and her family asked Usaamah ibn Zayd, may Allah be pleased with him, to intercede with the Prophet,

, did not accpt his intercession and said glorious words that were recorded in history: “O people! Certainly what ruined the nations that preceded you is that they used to forgive the noble if they stole and punish only the feeble ones. By Allah! If my daughter, Faatimah, stole, I would cut off her hand.” [Al-Bukhari and Muslim]
On the day of the Battle of Badr, the Prophet,

, raised the ransom of his uncle, Al-‘Abbaas ibn ‘Abd Al-Muttalib to 100 Awqiyah (a unit of measure). He did not agree that the Ansaar would wish to forego any of this so that no one would think that the relatives of the Prophet,

, were subject to special favors.
When An-Nu‘maan ibn Basheer, may Allah be pleased with him, wanted the Prophet,

, to see a gift that he was giving to one of his sons and be a witness over that, the Prophet,

, said to him: “O Ibn Basheer! Do you have any other children?” He replied, “Yes.” The Prophet,

said to him: “Then do not ask me to be a witness for that, as I do not bear witness to oppression.” [Muslim]
In order to safeguard the rights of all, especially with regards to the settlement of disputes in court, the Prophet,

, warned: “When you people have disputes, you come to ask for my judgment. Perhaps some amongst you can present his case in a more eloquent and convincing manner than the other, and I give my judgment in his favor according to what I hear. Beware! If I ever give someone that which is his brother's right due to his [persuasive] speech, then he should not take it as I have merely given him a piece of Fire.” [Al-Bukhari and Muslim]
The Prophet,

, would confer the rights of the weak and warn people of violating them. He said: “Your slaves are brothers of yours. Allah has placed them in your service, and he who has his brother in his service, should feed him from what he eats, and dress him in the same way he dresses himself, and not burden them beyond their capacities. If you do burden them, [beyond their capacities], then help them.” [Al-Bukhari and Muslim]
The Prophet,

, also said: “If your servant brings food for you, you should let him sit and eat with you or give him some of that food, for he is the one who cooked it and bore the heat and smoke that emerged [while preparing] it.” [Ibn Maajah]
Moreover, the Prophet,

, would praise some instances and words of wisdom from the Jaahiliyyah (pre Islamic ignorance) era which corresponded to the truth that he was sent with. He did so in order to enact the teachings of the verse (which means): {And do not let the hatred of a people prevent you from being just. Be just; that is nearer to righteousness.} [Quran 5:8]
For instance, the Prophet,

, praised Labeed ibn Rabee‘ah saying: “The truest words uttered by a poet are what was said by Labeed: ‘Every thing but Allah is false.’” [Al-Bukhari and Muslim] The Prophet,

, was.
Even animals had a share in the justice of the Prophet,

. In a Hadeeth on the authority of ‘Abdullaah ibn Ja‘far, may Allah be pleased with him, he said, “The Prophet

once entered an orchard that belonged to a man from the Ansaar where there was a camel. When the camel saw the Prophet

it shed tears. The Prophet

wiped the camel’s tears and it calmed down. Then, he asked: ‘Who is the owner of this camel?’A young man of the Ansaar said, ‘It is mine.’ The Prophet

said:‘Will you not fear Allah with regards to the animal that He granted you? It complained to me that you keep it hungry and exhaust it.’” [Abu Daawood]
That was the master of the prophets and the Imam of the pious, Muhammad,

. These were certain aspects of his biography that are engraved in the scrolls of history and the conscience of mankind, bearing witness to the justice of the Prophet,

The Justice of the Prophet