Prophet Site > A role model > His Acts of worship > 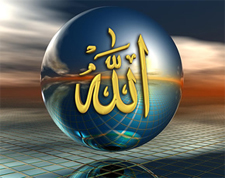 The Prophet's earnest worship and obedience

Worshipping Allah and obeying Him are among the greatest attributes for which Allah The Almighty praised His believing slaves. The perfect example is the Prophet

whose guidance in worship was the most perfect and moderate. Obedience to Allah was the key, inseparable feature of the whole life of the Prophet

which was reflected in all his actions, whether sitting or standing, sleeping or awake, serious or jesting. Regarding his earnestness and devoutness in worship, ‘Aa’ishah, the Mother of Believers, may Allah be pleased with her, said: "He

What is even more amazing is the length of his standing during the optional night prayer. ‘Awf ibn Maalik, may Allah be pleased with him, said: "I offered the supererogatory night prayer with the Prophet

one night. First he cleaned his teeth with Siwaak, performed ablution, then started his prayer and recited Chapter Al-Baqarah. Whenever he came across a verse indicating mercy, he would supplicat Allah for it and whenever he

came across a verse indicating torment, he

would seek Allah’s Refuge against it. Then he

Rukoo‘ and would say the same supplication. Then he,

would stand and recite the Chapter of Aal ‘Imraan and another Chapter and again would make Rukoo’ and Sujood.
Regarding the constant and continuous worship of the Prophet

‘Aa’ishah, may Allah be pleased with her, said: “The acts of worship of the Prophet

were constant. Which of you could endure what he

used to endure?” [Al-Bukhari].
By ‘constant’, ‘Aa’ishah, may Allah be pleased with her, meant that he

was persistent in his

worship and even used to make up for missed supererogatory acts of worship.
On the whole, the Prophet

was the most perfect in worship and obedience to Allah, thus we should take his

worship and actions as an example so as to prosper in this worldly life and the Hereafter.