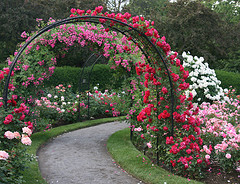 The Guidance of the Prophet in Marriage

Allah The Almighty urges and encourages marriage because of the great wisdom behind it and the benefits it brings mankind including lowering the gaze, maintaining chastity, preserving purity of ancestry, producing righteous children, achieving psychological and spiritual tranquility between the husband and wife, protecting against unlawful relationships, augmenting friendship and cooperation among families and protecting society from the threat of promiscuity.

There are Quranic and Prophetic orders about seeking marriage. Allah The Almighty Says (what means): {And marry the unmarried among you and the righteous among your male slaves and female slaves.} [Quran 24:32]
It is narrated that the Prophet,

, said: “O young men, any one of you who has the ability to marry, should marry.” [Al-Bukhari and Muslim]
Now we will outline the guidance of the Prophet,

, concerning marriage as mentioned in the Sunnah.
The Prophet,

, guided us to form our marital life based on certain criteria that help to facilitate the continuity of marriage. He advised us to choose a religious wife who obeys her husband’s orders and gladdens him when he looks at her: “The worldly life is a delight, and the best [aspect] of its delight is the righteous wife.” [Muslim]
It is also narrated that the Prophet,

, said: “A woman is married for either her wealth, noble descent, beauty or religion. Marry the religious one, lest you should lose.” [Al-Bukhari]
Commenting on this Hadeeth, Al-Ghazzaali, may Allah have mercy on him, said: “The Prophetic order of choosing a religious wife does not rule out seeking someone who is beautiful. What the Prophet

warned against was seeking beauty only regardless of religion - something usually coveted by those who are ignorant - and that is why it was prohibited.”
After this basic rule comes an important step in making a family, which is looking at the women whom the man has engaged. The Prophet,

, advised him to: “Go and look at her, so that there may be mutual affection, and understanding between you.” [At-Tirmithi]
According to this Hadeeth, one is permitted to look at the woman with the intention of marrying her but not with the intention of simply seeking pleasure, as that is prohibited.
When we examine the marital life of the Prophet,

, we find that he was the best husband to his wives. He would say: “The best of you are those who treat their wives best, and I am the best amongst you in treating his wives.” [Ibn Maajah]
The Prophet,

, would race ‘Aa'ishah, may Allah be pleased with her, to bring joy to her heart. He also nicknamed her "‘Aa'ish" in a way to be amiable and gentle with her. He also used to tell her stories and chat with her and he listened to her when they conversed. Moreover, the Prophet,

, would lower his shoulders so that ‘Aa'ishah, may Allah be pleased with her, could cling to him and watch the Abyssinians playing in the mosque. This was done so that she would be entertained. He also fed her and gave her drinks with his own noble hands, and he was keen to drink from the same part of the cup from which she drank.
These are good examples of marital treatment that leads to the development of affection and mercy between the spouses.
In addition, the Prophet,

, explained the course of conduct which the husband should adopt on the wedding night. Examples of this include serving food and drink to one's wife. Also, the husband should put his hand on his wife's head, and say: “Allahumma inny As’aluka min khayriha wa khayr maa jabaltaha ‘alayh, wa A’oothu Bika min sharriha wa sharri maa jabaltaha ‘alayh. [O Allah, I ask You for the goodness in her and the good nature You have created in her, and I seek Your refuge against the evil in her and the evil nature You have created in her.]” [Abu Daawood]
The Prophet,

, used to apply perfume and adorn himself when he wanted to approach his wives sexually, and he would supplicate: “Bismillaah, Allahumma Jannibna As-Shaytaan wajannib As-Shaytaan maa razaqtanaa. [In the Name of Allah, O Allah, keep the devil away from us and from our offspring.]” [Al-Bukhari]
The Prophet,

, prohibited sexual intercourse during the wife's menstruation and post-partum bleeding, and this is also stressed in the Quran. The Prophet,

, said concerning intercourse during the time of the woman’s menstruation or post-partum bleeding: “Do everything except intercourse.” [Muslim]
Therefore, a husband is permitted to enjoy everything of his wife except her private parts.
Another prohibition that is clearly stated in the Quran and the Sunnah is one’s having intercourse with his wife through her anus. Allah The Almighty Says (what means): {Your wives are a place of sowing of seed for you, so come to your place of cultivation however you wish.} [Quran 2:223]
“Place of cultivation” here refers to the woman's vagina.
An authentic Hadeeth narrates that the Prophet,

, said: “Cursed is the one who has intercourse with his wife through her anus.” [Abu Daawood]
The Prophet,

, also forbade that a woman rejects her husband's request to have intercourse. The woman is warned against doing such a thing: “If a man calls his wife to bed [to have intercourse with her] and she refuses and causes him to sleep in anger, then the angels will curse her until morning.” [Al-Bukhari and Muslim]
Another important point here is the justice of the Prophet,

, with his wives and the good way in which he treated them. He would allocate equal provision, spending and nights for each of them, and say: “O Allah! This is my apportioning as to what I possess, so [please] do not blame me for what I do not possess [affection].” [Abu Daawood]
The Prophet,

, would consult his wives in some of his affairs, as he did with Umm Salamah, may Allah be pleased with her, concerning the peace treaty of Hudaybiyyah.
He was also thoughtful with his wives, and when he wanted to go on a journey he would draw lots so as to choose which one of them would go with him. During his last illness, the Prophet

, asked his wives to permit him to stay at the house of ‘Aa'ishah, may Allah be pleased with her, and they agreed.

In conclusion, every husband and wife should follow the guidance of the Prophet,

, in all their marital affairs, for it maintains the stability of their good relation. This is a cause of perfecting mutual affection between them, as Allah The Almighty Says (what means): {And live with them in kindness.} [Quran 4:19]