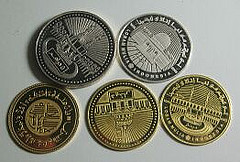 The Prophet’s Guidance in Trading

The life of the prophets, may Allah exalt their mention, were complete and combined the human aspects and characteristics of the Divine Message. Like all other prophets and messengers, the human nature of the Prophet,

, was mentioned in his biography and anyone who reads it can easily recognize it. Like all people, he ate food, walked in the markets and endeavored to earn his living. Allah The Almighty Says (what means): {And they say: ‘What is this messenger that eats food and walks in the markets?’}[Quran 25:7]

In this article, we will discuss one of the human aspects of the life of the Prophet,

, that is, the way in which he traded and earned his living. This relation started at a very early stage of his life and passed through different phases. As a young boy while living in Banu Sa‘d, the Prophet,

, joined his foster brothers as a shepherd in return for a small amount of money.
As days passed, the Prophet,

, benefited from his close relationship with his uncle, Abu Taalib, and learned from his expertise the methods and skills of trading. When he became a youth, the Prophet,

, became famous in Makkah and the neighboring areas until Khadeejah, may Allah be pleased with her, heard about him and hired him to trade with her money. In response to her request, he went to Ash-Shaam (greater Syria) with her slave, Maysarah, to trade there, and he returned with great profits. Soon, this relationship concerning trade between Muhammad,

, and Khadeejah, may Allah be pleased with her, became stronger until it was crowned with their marriage. Things did not change until Allah The Almighty honored His Prophet,

, with the Message.
During this period the Prophet,

, at the beginning of Islam, therefore, when the Messenger of Allah,

, saw him on the Day of the Conquest of Makkah, he said to him: “Welcome, my brother and partner.” [Ahmad]
After receiving the revelation, the Prophet,

, was buying more than selling, given the responsibilities of the Divine Message, which required follow-up and devotion to the affairs of Da‘wah (propagating), guiding and teaching people, judging between them and other important dealings.
Jaabir ibn ‘Abdullah, may Allah be pleased with them, mentioned one of the situations where the Prophet,

, was selling. He narrated that a man wanted to free his slave after his death, but then he became in need of money. When the Prophet,

, heard about this, he tried to help this man and offered this slave for sale. Nu‘aym ibn
‘Abdullaah, may Allah be pleased with him, bought him for eight hundred Dirhams. The Messenger of Allah,

, took these Dirhams and sent them to the owner of the slave. [Al-Bukhari and Muslim]
There are many situations indicating that the Prophet,

, would undertake buying personally or assign one of his Companions to buy for him. ‘Aa’ishah, may Allah be pleased with her, mentioned that the Prophet,

, purchased some food from a Jew on credit and mortgaged a suit of iron armor to him. [Al-Bukhari]
On his way back from a battle, the Prophet,

, purchased a camel from Jaabir ibn ‘Abdullah, may Allah be pleased with him, that Jabir was riding. When they reached Madeenah, the Prophet,

, gave him more than the price he had paid for the camel and also returned his camel. [The complete story is narrated in Saheeh Al-Bukhari and Saheeh Muslim]
The Prophet,

, gave ‘Urwah ibn Abu Al-Ja‘d Al-Baariqi, may Allah be pleased with him, a Dinaar (unit of currency) to buy a sacrificial animal for him. He bought two sheep with that Dinaar, sold one of them for a Dinaar, and returned to the Messenger of Allah,

, with a sheep and a Dinaar. Thereupon, the Prophet,

, invoked a blessing on him for his business dealings. [Abu Dawood]
Sometimes, when the Prophet,

, was in need of money, he would borrow or mortgage a weapon or something similar. It was narrated that he died while his armor was mortgaged to a Jew for thirty Saa‘s (handfuls) of barley. [Al-Bukhari]
Also, the Prophet,

, made a deal with the people of Khaybar that they would take half the fruit and vegetation of the land that they cultivate for the Muslims. [Muslim]
In addition, the Prophet,

, established an integrated system for people to follow in their dealings. He forbade a group of dealings that were harmful or unjust in evaluating the object such as dealing in Riba (interest or usury), the sale that implies Gharar (uncertainty and deception out of ignorance about the sold item), Al-'Eenah (buy-back sale) and trading in prohibited things. The Prophet,

, stressed the importance of immediate delivery of both the price and the sold item. He also specified the kinds of options if either party wanted to cancel the deal, in addition to other principles and regulations that are clearly stated in the Sunnah.
Generally, all that we have mentioned stress one single fact, that is, the Prophet,

, wanted to teach his Ummah (nation) that trying to earn a living does not contradict doing good deeds for the Hereafter. On the contrary, this is one of its requirements in addition to being a reason for achieving the progress and development of our Ummah, so that it occupies its proper status among other nations.