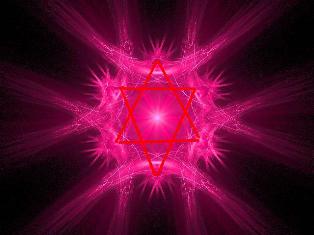 The Jews’ Attempt to Split the Internal Front

One of the evil methods of the Jews which they use to fight Islam with is their continuous attempts to disunite the Muslims through severing the ties of love between them; by inciting internal seditions, slogans of Jaahiliyyah (pre-Islamic ignorance), regional sectarianism, tribal and national calls and driving wedges between brothers and sisters who love each other. Muslims, in their mutual kindness, compassion and sympathy, are just like one body: when one of its organs suffers, the whole body suffers.

One of their old men thought of a trick to disunite the Ansaar (helpers) through instigating tribal fanaticism between them to take them back to their pre-Islamic corrupted practices and make them engage in warfare once again. Accordingly, the Prophet

would lose his most powerful supporters. Muhammad bin Is’haaq

said about that incident
Sha’s bin Qays, a very old Jewish man who despised and envied Muslims, passed by a group of the Companions of the Prophet

from Al-Aws and Al-Khazraj while they were talking. He was infuriated by their intimacy and unity and their agreement after their wars during Jaahiliyyah. He said, “The Banu Qeelah [the Aws and Khazraj] became united on this land. By Allah, we will not stay with them if they become united.”
He ordered a young man from the Jews to sit with them and said to him, “Go and sit with them and then mention the Day of Bu‘aath and what was before it, and let them hear some of the poems that they would recite on that occasion”.
The Day of Bu‘aath was the pre-Islamic battle in which the Aws and the Khazraj fought each other, and victory was for the Aws, who were led by Hudhayr bin Simaak Al-Ash’hali and Abu Usayd bin Hudhayr, while the Khazraj were led by ‘Amr bin Nu‘maan Al-Bayaadhi. All of them were killed.
Ibn Is’haaq

continued
The Jewish young man did so. At this point, the people [the Aws and the Khazraj] began talking, disagreeing, contending and boasting until two men: one from the Aws, Aws Bin Qaythi from the Banu Haarithah bin Al-Haarith, and another one from the Khazraj, Jabbaar bin Sakhr began arguing. One of them said to the other, “If you like we could re-launch war in a very fierce manner”. Both groups became angry and said, “We do. Our appointment is to face each other at Al-Harrah.” They then left for that location to fight each other.
When the Messenger of Allah

was informed about this, he sent for them in the company of a group of the Muhaajiroon [emigrants]. When he reached them, he said: “O company of the Muslims; [fear] Allah! [Fear] Allah! Would you follow the call of Jaahiliyyah while I am still alive amongst you after Allah has guided you to Islam and honored you with it, and by virtue of which you stopped the corrupt practices of Jaahiliyyah; [and He] saved you from Hell and brought your hearts together”?
The people then realized that what happened was incitement from Satan and a scheme from their enemy; consequently, they cried, hugged each other and then departed while obeying the Messenger of Allah

.
Allah The Almighty aborted the plans of Sha’s bin Qays.
Regarding this incident, Allah The Almighty Says (what means): {Say, “O People of the Book, why do you disbelieve in the verses of Allah while Allah is witness over what you do?” Say, “O People of the Book, why do you avert from the way of Allah those who believe, seeking to make it [seem] deviant, while you are witnesses [to the truth]? And Allah is not unaware of what you do.”} [Quran 3:98-99]
Regarding Aws bin Qaythi and Jabbaar bin Sakhr and their people who were involved in responding to the incitement of Sha’s bin Qays, Allah The Almighty Says (what means): {O you who have believed, if you obey a party of those who were given the Scripture, they would turn you back, after your belief, [to being] unbelievers. And how could you disbelieve while to you are being recited the Verses of Allah and among you is His Messenger? And whoever holds firmly to Allah has [indeed] been guided to a straight path. O you who have believed, fear Allah as He should be feared and do not die except as Muslims [in submission to Him]. And hold firmly to the Rope of Allah all together and do not become divided. And remember the Favor of Allah upon you - when you were enemies and He brought your hearts together and you became, by His favor, brothers. And you were on the edge of a pit of the Fire, and He saved you from it. Thus does Allah make clear to you His verses that you may be guided. And let there be [arising] from you a nation inviting to [all that is] good, enjoining what is right and forbidding what is wrong, and those will be the successful. And do not be like the ones who became divided and differed after the clear proofs had come to them. And those will have a great punishment.} [Quran 3: 100-105]
This incident shows us the ability of the Prophet

as a leader to abort the Jews’ schemes to divide the Muslim’s unity. It also shows how the Messenger of Allah

had a great effect on their hearts. His words pushed new life into their blood that eradicated all the remains of Jaahiliyyah, by the favor of Allah, then by the expressive words of His Prophet

his powerful soul and his state of alertness. They realized that what they did was out of the devil’s whispers and the schemes of their Jewish enemies. Hence, they were filled with regret and cried for the sin that they had committed, and hugged each other expressing their love for one another.