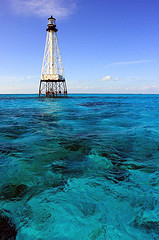 Equality and brotherhood of man in Allah are two of the major principles of the Islamic faith. We read in the Qur'an what may be translated as: "O mankind! Indeed, We have created you from male and female and made you Peoples and tribes that you may know one another. Indeed, the most noble of you in the sight of Allah is the most righteous of you. Indeed, Allah is Knowing and Acquainted." [Quran, 49: 13]. Whenever we read the glorious history of Islam we are reminded again and again of these principles, especially that of equality. An interesting illustration of this involved Al-'Abbaas Ibn 'Abdul-Muttalib, may Allah be pleased with him, who was not only a beloved uncle of Prophet Muhammad

In the Battle of Badr, the first major battle in Islamic history, some leaders of the Makkah community were forced to join the army of the pagan enemies of Islam mainly through moral pressure. These included Al-'Abbaas and another prominent leader of Quraysh, who was known for his sympathetic attitude and conduct towards the Companions of Muhammad

gave orders to his followers not to kill such people, pointing out that they were not real enemies who deserved death. Later, when Al-'Abbaas Ibn 'Abdul-Muttalib, may Allah be pleased with him, was taken captive to Al-Madeenah, the Companions found the Prophet sleepless. So they asked him: "Why are you restless, O Messenger of Allah?" He Answered, "I heard the moaning of Al-'Abbaas, due to the tightness of the ropes with which he is being tied." A little while later the Prophet asked, "Why is Al-'Abbaas quiet now?" He was told that someone loosened the fetters for him. The Prophet ordered that the same be done with the other prisoners.
The second incident occurred when ransom was collected from the prisoners of war. When asked to pay ransom for himself and some followers of his, Al-'Abbaas said, "But I am a Muslim and I was forced to join the Makkah army." The Prophet's answer was, "Allah knows about your Islam. If it be true, then He will reward you and return to you whatever you pay. According to what appears to us, you have to pay the ransom." Al-'Abbaas Ibn 'Abdul Muttalib, may Allah be pleased with him, despite his relationship with the Prophet

was treated on equal footing like any other prisoner of war, and was freed only upon payment of his ransom.
The supporting spirit of Al-'Abbaas to Islam and its Prophet explains his attendance of the secret meeting at Al-'Aqabah where seventy-three Medinites gave their oath of allegiance to Prophet Muhammad

victorious re-entry to Makkah, the pagan tribes in the neighbourhood of Makkah joined forces to fight the Muslims. For the first time the Muslim army exceeded twelve thousand in number. So many of the fighters had a sense of self-assurance, an attitude that leads to defeat. Some Muslims said, "Never will we be defeated due to paucity." However, it was Allah's will that His soldiers be properly trained for the battles they were to enter at various places and times on this earth. The Muslim army in the battle of Hunayn was surrounded by the enemy (being ambushed and taken by surprise). The Messenger of Allah turned to the right and said: "O people! I am the Messenger of Allah. I am Muhammad, the son of Abdullah." Those who stoodfast by him were only a few emigrants and some of his kinsmen and Al 'Abbaas was one of them. The matchless bravery of the Prophet

was then brought to light. He went on and on in his attempts to make his mule steadfast in the face of the disbelievers while saying loudly:
"Truly saying, I am the Prophet
I am the (grand) son of Abdul Muttalib."
However, Abu Sufyan Ibn Al-Haarith, may Allah be pleased with him, who was then holding the rein of the Prophet’s mule, and Al-'Abbaas, who was holding its stirrup; were endeavoring to make it halt. The Messenger of Allah dismounted and asked his Lord to render him help.
"O, Allah, send down Your Help!"
The Messenger of Allah

ordered his uncle Al-'Abbaas — who was a sonorous voiced man — to call out on the companions. As loudly as he could, Al-'Abbaas, may Allah be pleased with him shouted: "Where are the lancers?" Al-'Abbaas said, "By Allah, upon hearing my voice calling them back, they turned round to the battlefield as if they had been oryxes (wild cows) tending towards their calves."
It was the Prophet's strong and firm faith in Allah and his courage as well as the heroic nature and behavior of people like Al-'Abbaas Ibn 'Abdul-Muttalib that saved the day in that battle, known as 'the Battle of Hunayn.' At those critical moments, it was Al-'Abbaas who stayed all the time with the Prophet

along with a handful of companions. The battle took a new turn, the enemy was defeated, and the Muslim army came out victorious.
Al-'Abbaas, may Allah be pleased with him, as pointed out earlier, was an uncle of Prophet Muhammad

and a dear one for that. Besides this, he is remembered for being the father of the well-known authority 'Abdullah Ibn Al-'Abbaas on matters of the Quran and the teachings of the faith. He passed away in Al-Madeenah in 32 AH during the reign of 'Uthmaan Ibn Affaan, may Allah be pleased with him.
Source: Heroes of Islam, by Mahmoud Esma'il Sieny

The Sealed Nectar, by Mubarakpuri