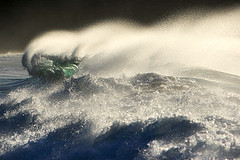 Death for Those Who Insult, Belittle Or Harm the Prophet

Nobody can deny that Allah The Almighty granted His Prophet,

, a great status among His slaves and a noble rank in the Sharee‘ah of Islam. Those who deny this fact are either disbelievers or simply hate the truth. Honoring and respecting the Prophet,

, is a part of the Islamic Creed and is indeed one of its great pillars, for he is the Messenger of Allah who was sent to all mankind. He is also the last of all the Prophets and Messengers. By virtue of his mission and status, Allah The Almighty distinguished him with some rulings that no one other than him has been granted. These include the unlawfulness of insulting and belittling him or harming him by any word or action, or by any other act that does not give him the due respect that Allah The Almighty has granted him.

The Islamic scholars have unanimously agreed that it is unlawful to insult the Prophet,

, or describe him with something that is improper. This includes finding fault with his self, lineage, religion or one of his traits, as well as disdaining, questioning his reputation, cursing, criticizing, slandering or belittling him. They also agree that anyone who does so becomes an apostate and deserves to be killed. However, they differed in opinion whether or not the repentance of such a person is acceptable. Some scholars believe that such a person’s repentance is accepted if it is sincere and his righteousness becomes apparent. Others see that his repentance is not accepted whether or not he repents before being apprehended. This is because of the abominable nature of such an act. As Ibn Al-Qayyim

stated in Zaad Al-Ma‘aad:
By doing so, such a person antagonizes Allah The Almighty and His Messenger, spreads mischief on the earth, and commits heresy. Accepting his repentance is considered as urging him to adhere to his heresy and atheism, and if he is apprehended, he will appear as a Muslim but will then return to his previous state. This is especially so because if he shows his Islam he will be secured from death. Therefore, his fear will not prevent him from doing acts of heresy, discrediting the religion, and cursing Allah The Almighty and His Messenger openly. His aggression will only be prevented by killing him.
It is authenticated that the Prophet

judged that the blood of the Umm Walad [a slave girl who has born her master a child] of a blind man was violable. That was after her blind master killed her for cursing the Prophet

also killed a group of Jews because they cursed and harmed him. When he conquered Makkah, he

granted everyone safety except for a few people who had wronged him greatly – and they were four men and two women. Also, the Prophet

said: ‘Who will kill Ka‘b ibn Al-Ashraf? He offended Allah The Almighty and His Messenger.’ The Prophet

considered the blood of that man as well as that of [another man by the name of] Abu Raafi‘ as violable.
An incident proving that this ruling is specifically for the one who has insulted the Prophet,

.” This was the judgment of the Prophet,

, and the Caliphs who came after him and none of the Companions disagreed with them. Many Hadeeths whose authenticity varies between Hasan and Saheeh indicate this ruling, in addition to the consensus of the Companions, may Allah be pleased with them, as mentioned by Ibn Al-Qayyim

that a man cursed the Prophet,

, and was brought to ‘Umar, may Allah be pleased with him, who killed him, and said, “Kill whoever curses Allah The Almighty and His Messenger, or any of the prophets.”
Imaam Ahmad

narrated that a monk passed by Ibn ‘Umar, may Allah be pleased with him, and he was told that the monk would curse the Prophet,

. Ibn ‘Umar, may Allah be pleased with him, said, “If I hear him saying anything like that, I would kill him. We did not give them a covenant so they would curse our Prophet

.”
There were some instances during the life of the Prophet,

, when he forgave and did not kill those who had discredited him. Such people had said things like, “Be just for you were not so,” and, “Because he is your cousin [you prefer him to me],” and, “This division was not intended for the Sake of Allah.” The justification of this act (of omission) was that the Prophet,

, was entitled to claim his right or leave his right, but it is not for any Muslim to neglect the right of the Messenger of Allah,

. It is obligatory upon every Muslim to stand up for the right of the Prophet,

, pardoned such persons in order to reconcile their hearts and unite the Muslim community so that people would not turn away from him and say that he killed his Companions, may Allah be pleased with them all. All these incidents were specific to his lifetime.
In conclusion, we say that cursing, insulting and offending others are dispraised manners that do not befit the sound Fitrah (innate natural disposition) of mankind. If it is improper to deal with noble and honorable people in such a manner, then what would be the case with the Messengers of Allah, may Allah Exalt their mention, and what would be the case with the last and the best of the Messengers? Therefore, having such manners indicates that there are flaws in one’s religion and that he has deviated from the true Fitrah.