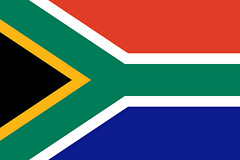 Brother Yusuf Ntsane Motloung entered the fold of Islam in 1989. He, as he says himself, was desperately looking for a source of information through which he could come to know more about Religion in general. Luckily, he found a booklet namely, ‘Is the Bible God’s Word’ through I.P.C.I Durban.

When at school, he studied Biblical Studies and Religious education, both of them, to his disappointment, failed to answer his burning questions. He did not ask these questions to his teacher because critical thinking was discouraged and even the textbooks were useless. He was mentally disturbed on the warning of his Minister when he said to him that ‘Islam is a polytheistic religion; they (Muslims) worship the idol called Allah and his Prophet known as Muhammad (

Brother Yusuf had long correspondence with I.P.C.I. in Durban. Moreover, he received religious guidance from Islamic Da’wah (propagation of Islam) Centres around Durban from 1989 to 1992. We feel pleasure in producing brother Yusuf’s story of his reversion to Islam in his own words with the courtesy of Yaqeen International and Al-Jamait:

“I embraced Islam in the year 1989 during autumn season. I came to know about this deen (religion) through a booklet from I.P.C.I., which I had picked up from the pile of reading material that was deserted in a dumping area. It looked like somebody had received this booklet (IS THE BIBLE GOD’S WORD) through correspondence with the I.P.C.I. office or some other means. The booklet fell into my hands when I was desperately looking for a source of information through which I could come to know more about religion in general.

Among the subjects that I was studying at the school were biblical studies and religious education, both of which failed to answer some of the burning questions that I used to entertain in my mind. I could not think of asking my teachers those questions since critical thinking was openly discouraged by both our teachers and by the textbooks themselves.

Even though most of the pages from the booklet were no more there, I managed to have access to two things: The Durban address of the I.P.C.I. and some loose pieces of information which inspired me to ask for some more. I must point out at this moment that my enthusiasm was made to be even more intense when my Minister happened to see the booklet (pieces) – this was when I was still teaching religious education as one of the eight subjects that I was responsible for in a government school – and the Minister was very much cross with me for being in possession of something that was a “teacher” to the fundamental beliefs of Christianity.

I ignored his warning that Islam “is a polytheistic religion… they worship the idol of Allah and His Prophet known as Muhammad!!” he said in a convincing manner after his anger had cooled down. I kept on corresponding with the I.P.C.I. office for more booklets; the action of which caused me my two most important positions in our church (Lutheran Church): that of interpreting and Teaching in our Sunday school.

The decision to embrace Islam after I had been advised by a certain Muslim who happened to give me a lift in his car when I was on a trip to one of our teacher’s in-service training sessions in the year 1986. I did not do it immediately since there were no Muslims in our town (Harrismith) to go for further information in connection with being a practical Muslim. I could only entertain the idea of being a Muslim for the whole period of three years (1986-1989). From 1989 to 1992, I was given the necessary Islamic education by the Islamic Da’wah Movement through its Da’wah Centres around Durban. In the year 1992, I was sent to Ladysmith for a teaching post in the township called Ekuvukeni, I request du’as (supplications) of my fellow Muslims.