Prophet Site > Lessons from his life > 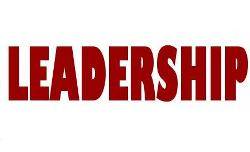 Lessons in Leadership from Prophet Muhammad - I

Over the years, Muslim and non-Muslim historians have written many books about Prophet Muhammad,

, as a leader, highlighting the divinely guided qualities of his personality as the final messenger of Allah The Almighty. One such recent book is by British management scholar John Adair, called The Leadership of Muhammad, where he discusses how Prophet Muhammad's understanding of the tribal norms of Arabia helped him become an inspirational and effective leader.

In the book, Adair focuses on the qualities and personality traits that made Prophet Muhammad,

, an exceptional leader, political authority and a humane role model.
Some aspects of the leadership values espoused by the Prophet,

, that enabled him to transform all of Arabia and subsequently, most of the world with his teachings are as follows:
·        The Prophet, sallallaahu 'alayhi was sallam, used to lead from the front and lead by example:
Ali, may Allah be pleased with him, said, 'In the heat of combat when we met and faced the enemy, we shielded ourselves behind the Messenger of Allah, sallallaahu 'alayhi wa sallam, and there was no one who was closer to the enemy than he was'. [Ahmad]
·        He,

, eschewed arrogance and exuded humility:
During the Battle of Badr, Prophet Muhammad,

, was walking between the lines of soldiers, straightening them with an arrow in his hand, he came to one Sawad ibn Ghaziyah, may Allah be pleased with him. Sawad was standing too far out of line. The Prophet,

, said, gently pricking him in the belly with his arrow: "Stand in line, O Sawad.""You have hurt me, O Messenger of Allah! Allow me to take retaliation, "Sawad, may Allah be pleased with him, cried out, with an exaggerated expression of pain. Promptly, the Messenger of Allah,

, uncovered his own belly and said: "Take your retaliation." At this, Sawad, may Allah be pleased with him, kissed the belly of the Messenger of Allah,

, embraced him, and said, "O Messenger of Allah, you see what is before us, and I may not survive the battle, and as this is my last time with you I want my skin to touch yours.” The Prophet,

, was prepared to share hardships with his Companions, may Allah be pleased with them:
The Prophet,

, himself helped the groups digging the portions of the trench during the Battle of the Trench. Although the winter season that had set in was extremely harsh and the impoverished Muslims had but little provisions to satisfy their hunger, the work proceeded smoothly owing to the enthusiasm and perseverance of the Companions.
Abu Talhah, may Allah be pleased with him, relates that once when he was exhausted by hunger, he complained to the Prophet,

, and showed his belly on which he had tied a slab of stone for allaying the hunger pangs. The Prophet,

, then showed him his own belly on which he had tied two slabs of rock!
In spite of all these discomforts and deprivations, the Companions sang songs of pride (called Rajz) and chanted praises of Allah The Almighty. Anas, may Allah be pleased with him, relates how once, the Prophet,

, came to the place where the digging was going on. He saw the Ansaar (Helpers) and the Muhaajiroon (Emigrants) hard at work in the bitter cold of the chilly morning. They had neither slaves nor servants to dig the trench for them; therefore, they had to undertake the work themselves. Seeing how they were laboring valiantly with their empty stomachs, the Prophet,

, said: “O Allah, life is truly the life of the Hereafter; so pardon the Ansaar and the Muhaajireen.”
The Companions, may Allah be pleased with them, overjoyed to hear the Prophet’s,

, invocation for their forgiveness for them, said in reply, “It is we who have pledged to Muhammad, to fight in Jihaad till the spark of life is imbued.” [Al-Bukhari]
Anas, may Allah be pleased with him, further said that if one of them happened to procure a handful of barley, he would grind and mix it with a little fat to be shared by all, enduring its offensive smell and taste in the process.