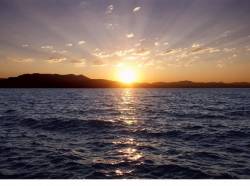 The Miracles of the Prophets - II

Conditions of the miracle

In the light of the pre-mentioned definition, we can conclude the following conditions for the true miracle:

1. The miracle should be from Allah The Almighty, not from anyone else, whether this miracle is a speech like the Quran, or an action like splitting the sea for Moosa, may Allah exalt his mention.


2. It should be supernatural, otherwise any liar could claim prophethood. By this, magic, sorcery, and the modern inventions are excluded.
3. It should be at the hands of the one who claims prophethood, so as to be a sign for his truthfulness. By this, miracles that happen as a sign of honor, or help, or as a progressive leading to destruction are excluded.

4. It should be associated with the claim of prophethood and accompanied by it, whether in reality, or practically like if it delayed for a few time after prophethood.

5. It should coincide with the goal in request; this is because if it happens without agreement with what its doer wants from it, it would be considered an insult. An example of this is what had happened to Musaylimah the Liar, when he spit in a blind eye to cure it, the other unimpaired eye became blind instead.
6. It should not deny that the one who claims prophethood is, indeed, a prophet . For instance, if a person says that his miracle is to make an inanimate body speak, and that object speaks with words that deny that person's claim of being a prophet, this miracle then proves that he is untruthful in his claim.

The benefits of miracles and the wisdom behind them
There is no doubt that there are many great benefits and extensive insight underlying the   miracles which Allah The Almighty gave his prophets and messengers. Some of those benefits are:


1.    To manifest the omnipotence of Allah The Almighty: This is due to the fact that performing supernatural actions is usually impossible for ordinary people. When Allah The Almighty gives his messengers the ability to perform such actions, it will be a clear proof of the extent of His power. This will also show that He is the one who has control over the cosmic laws, and it is not the laws themselves that control the universe. Allah The Almighty Said about the creation of 'Eesa (Jesus), may Allah exalt his mention, (what means): {She (Maryam) said, "My Lord, how will I have a child when no man has touched me?" [The angel] said, "Such is Allah; He creates what He wills. When He decrees a matter, He only says to it, 'Be,' and it is.}[Quran 3:47}.


2.     To show the mercy of Allah The Almighty towards His slaves:Allah The Almighty did not only send messengers and reveal to them books that correspond with people's natural disposition for monotheism, but He also supported the messengers with miracles to leave no excuse for those who reject the truth and the religion brought by the prophets. These miracles also encourage people to believe in the prophets and their messages, which would not happen if the prophets were not given miracles.


3.     To show the comprehensive wisdom of Allah The Almighty: When someone wants to send another person to convey an important message, he should provide him with an evidence or indication to prove the authenticity of his message; sending him without such evidence would be injudicious. Then what about a great message, sent from Allah, the most Just of judges? Therefore, Allah The Almighty has never sent a messenger without supporting him with miracles to prove the truthfulness of his message.


4.    To establish proof against the disbelievers and to falsify their excuses: After this, every sane person will be sure that those disbelievers have denied the truth after it became clear and after they saw its evidences, because of their unreasonable contention and obstinacy. So, Allah The Almighty Said, narrating the saying of Moosa (Moses), may Allah exalt his mention, to Fir'awn (the Pharaoh of Egypt), (what means): {[Moses] said, "You have already known that none has sent down these [signs] except the Lord of the heavens and the earth as evidence, and indeed I think, O Pharaoh, that you are destroyed."}[Quran 17:102].


5.     To show the mercy of Allah The Almighty upon His messengers: This is because if He had sent a messenger without supporting him with miracles to prove the truthfulness of his message, he would not have been believed by anyone, and he would have been vulnerable to mockery, ridicule, and disbelief. Thus, granting the prophets such miracles was a mercy from Allah The Almighty, as it becomes easy for them to convince people in a way where they cannot oppose or reject it except if they did that out of infidelity and stubbornness.


The Miracles of the Prophets - I


The Miracles of the Prophets - III