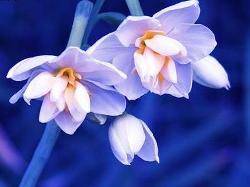 His kindness with poor women and female slaves: He,

, used to give these two classes of people special care, due to their weakness and need, as well as because this is a source of great reward from Allah The Almighty. This was manifested in many ways, such as:

·        Not dealing with them arrogantly:The Prophet,

, was extremely kind and gentle with them. He would stop and listen attentively to their complaints and attend to their needs. By doing so, he,

, set a high example for his nation and showed them (especially figures of authority in the Muslim community) the proper way of dealing with the weak and needy members of society.

·        Fulfilling their needs: The Companions of the Prophet,

, witnessed many incidents where the Prophet,

, would personally attend to the needs of poor women and female slaves.Anas ibn Maalik, may Allah be pleased with him, reported,“A slave-girl from Madeenah would take hold of the hand of the Prophet

and take him wherever she desired (to attend to her needs).”[Al-Bukhari] This reflects the humbleness of the Prophet,

and his compassion in dealing with them. Because they knew beforehand how humble and gentle he was, they would not hesitate to do this with him,

, greatly encouraged people to do this in many Hadeeths (Prophetic narrations). Abu Hurayrah, may Allah be pleased with him, reported that the Prophet,

, said: “I shall regard the one who strives to help the widows and the poor as the one who stands up (for prayer) without rest and as the one who observes fasts continuously.” [Al-Bukhari and Muslim] Striving to help and assist the widows and the needy results in the bestowal of the mercy of Allah The Almighty upon the person engaged in doing this. The similitude of the one who cares for them to the one who is engaged in incessant devout worship, eases the matter and enthuses Muslims to rush and compete in doing so. Additionally, this strengthens the bond between the Muslims, because the reward of the one who is engaged in devout worship continuously will be no less than Paradise.

Being playful with his wives: The example of him,

we raced and I won. A few years later, and after I had put on some weight, we went out on another journey and we raced again, but this time he

won and then said to me:“This one is for that one.” [Abu Daawood]

Consulting his wives:When the Prophet,

signed a peace treaty with the Quraysh and agreed not to continue his trip to perform the pilgrimage, he,

did as she suggested that they got up and did the same. [Ahmad]
His gentleness with his wives: Safiyyah may Allah be pleased with her, narrated, “The Prophet

went out to perform Hajj and took his wives along on the trip. After traveling a part of the journey, my camel knelt down and I was the most exhausted of them all (the wives) so I started crying. So the Prophet

came to me and wiped my tears with his garment.” [Ahmad]

Prophet Muhammad’s Treatment of Women - I