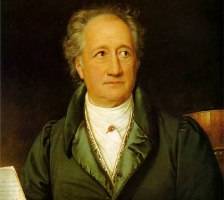 What Western Scholars Say about the Prophet -I

This is an abridged collection of the words of some European philosophers, eminent writers, independent critics and senior researchers acknowledging the stature of Prophet Muhammad,

. They issued these statements after extensive study and examination, with absolute certainty, in keeping with the spirit of fairness and humanity. They were audacious enough to admit to these views aloud, and published them in their books and on the pages of newspapers, even if they were against the beliefs of their fathers and forefathers and the values espoused by the Western society they live in. Hence, these writers put their personal interests at stake, as their openness presented a threat to their lives – or at least to their material comfort and overall lifestyle. Among them were those who admired the truth, and sacrificed to uphold the word of that truth. Some embraced Islam in the end; others did not announce their conversion to Islam and only Allah The Almighty knows their innermost beliefs, upon which they died.

If you contemplate over this group of Western philosophers and scholars who were unbiased towards the Prophet Muhammad,

, and acknowledged his merits, you will find that they are the best of the scholars. They loved the truth and professed it, although it went against the beliefs of their own people. On the other hand, there is a group among them who misuse their scholarship, challenging the religion of Islam and trying to distort the image of the Prophet,

. This latter group is motivated to do so either on the basis of their great hatred and envy towards Islam or by their personal interests. Many of these people are considered the vanguard of the colonialist forces who want to colonize the Muslim world and plunder its wealth. It is necessary for the colonizers to have a set of trumpeters announcing their advance, a strong media that commends the glories, aims and intentions of the colonizer, and at the same time defames the Muslim countries, Islam and its Prophet. This group serves as the bulldozers moving in front of the colonizers to lift the obstacles that impede their way.
We might ask ourselves about the benefit of mentioning such testimonials: does our religion or our Prophet, sallallaahu 'alayhi wa sallam, need such validation that we seek to cobble together a few good words about them from here and there? To answer this question we say that our religion is complete, and does not need  worldly witnesses, when we have the testimony of Allah The Almighty (which means): {"This day I have perfected for you your religion and completed My favor upon you and have approved for you Islam as religion."} [Quran 5:3].
Similarly, Prophet Muhammad,

, does not need testimonials from humankind. It is enough that Allah The Almighty has praised him in His miraculous Quran. Here are some verses from the Quran that testify to the merits of Prophet Muhammad,

(which mean):
·        {"Noon. By the pen and what they inscribe, You are not, [O Muhammad], by the favor of your Lord, a madman. And indeed, for you is a reward uninterrupted. And indeed, you are of a great moral character."} [Quran, 68: 1-4].
·        {"There has certainly come to you a Messenger from among yourselves. Grievous to him is what you suffer; [he is] concerned over you and to the believers is kind and merciful. But if they turn away, [O Muhammad], say, "Sufficient for me is Allah; there is no deity except Him. On Him I have relied, and He is the Lord of the Great Throne."} [Quran, 9: 128- 129]
·              {"O Prophet, indeed We have sent you as a witness and a bringer of good tidings and a warner. And one who invites to Allah, by His permission, and an illuminating lamp. And give good tidings to the believers that they will have from Allah great bounty. And do not obey the disbelievers and the hypocrites but do not harm them, and rely upon Allah. And sufficient is Allah as Disposer of affairs."} [Quran 33: 45-48].
·        {"Muhammad is not the father of [any] one of your men, but [he is] the Messenger of Allah and last of the prophets. And ever is Allah, of all things, Knowing." } [Quran, 33: 40].
·        {"Say, [O Muhammad], "O mankind, indeed I am the Messenger of Allah to you all, [from Him] to whom belongs the dominion of the heavens and the earth. There is no deity except Him; He gives life and causes death." So believe in Allah and His Messenger, the unlettered prophet, who believes in Allah and His words, and follow him that you may be guided.." } [Quran, 7: 158].
·        {" O People of the Scripture, there has come to you Our Messenger making clear to you much of what you used to conceal of the Scripture and overlooking much. There has come to you from Allah a light and a clear Book. By which Allah guides those who pursue His pleasure to the ways of peace and brings them out from darknesses into the light, by His permission, and guides them to a straight path.}  [Quran, 5:15-16].
·         {"And We have not sent you except comprehensively to mankind as a bringer of good tidings and a warner. But most of the people do not know."} [Quran, 34: 28].
·        {And We have not sent you, [O Muhammad], except as a mercy to the worlds. ."} [Quran, 21: 107].
With regard to the last two verses, the Prophet,

, said in a Hadeeth (narration) by Jaabir ibn Abdullaah, may Allah be pleased with him:
I was given five things which were not given to any amongst the Prophets before me: Allah made me victorious by awe (by frightening my enemies) for a distance of one month's journey. The earth has been made for me (and for my followers) a place for praying and a thing to perform Tayammum (dry ablution). Therefore my followers can pray wherever the time of a prayer is due. War booty has been made Halaal (lawful) for me (and was not made so for anyone else); I have been given the right of intercession (on the Day of Resurrection). And every Prophet was sent to his nation exclusively but I have been sent to all humankind."  [Al-Bukhari and Muslim].
If any fair-minded and rational person scrutinizes and examines the meanings of the Quranic verses that describe the Prophet,

, and the words by which he was praised, he will be completely satisfied with these verses and will not require any other source. Thereafter, it would be incumbent upon such a person to believe if he is not a believer, or to grow in faith and acquire certitude if he is one. However, the question remains: if the testimony of Allah The Almighty for the Prophet,

, is so evident and clear in the Quran, then what is the significance of filling pages with the words of these Western scholars and thinkers?

What Western Scholars Say about the Prophet -II

What Western Scholars Say about the Prophet -III