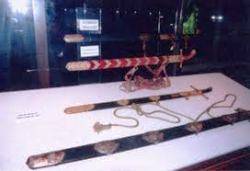 His Military Commanders from Al-Muhaajiroon-IV

Historians have agreed to call the military expedition led by the Prophet,

, himself as a Ghazwah (invasion), whether he participated in the fighting or not. They also call the military expedition that he commanded, but did not lead in person, a Sariyyah (platoon). During these Sariyyahs, the Prophet,

, appointed many Companions to lead the Muslim army and entrusted the Muslim flags to them to carry.  Here are some of them, may Allah be pleased with them all.

18.    Abdullaah ibn Jahsh Al-Asdi, may Allah be pleased with him:
The Prophet,

, dispatched him at the head of the platoon of Nakhlah in the month of Rajab, 2 A.H.
He is nicknamed Abu Muhammad, and his mother is Umaymah bint 'Abd Al-Muttalib, the aunt of the Prophet,

. He embraced Islam before the entrance of the Prophet,

, to the house of Al-Arqam. He also undertook the two emigrations to Habashah (Ethiopia) and to Madeenah with his family where he witnessed the great Battle of Badr. He was martyred during the Battle of Uhud, as he asked Allah The Almighty to give him martyrdom and He granted him his wish.
19.    Zayd ibn Haarithah, may Allah be pleased with him:
The Prophet,

, dispatched him at the head of a platoon with the definite task of intercepting a caravan belonging to the Quraysh that was led by Safwaan ibn Umayyah. They managed to take hold of the caravan, and Safwaan and his guards fled away without showing the least resistance. He was also among the leaders of the Battle of Mu'tah during which he was martyred.
20.    Abu Salamah Al-Makhzoomi, may Allah be pleased with him:
He was the head of a platoon directed to Bani Asad after the Battle of Uhud, exactly in Muharram, 4 A.H.

His name is 'Abdullaah ibn 'abd Al-Asad, and his mother is Burrah bint 'Abd Al-Muttalib. Thus, he was the cousin of the Prophet,

, dispatched him at the head of a platoon to Bani Asad when he received news about their intention and gathering to raid Madeenah. He, may Allah be pleased with him, attacked them, upon which they dispersed. When he returned to Madeenah, the wound that afflicted him during the Battle of Uhud opened, whereupon he died.
21.   'Ukaashah ibn Mihsan, may Allah be pleased with him:
He was dispatched at the head of Al-Ghamr platoon, in Rabee' Al-Awwal or Rabee' Al-Aakhir (according to some other opinions), 6 A.H, but no fighting took place during this campaign.
His name is Abu Mihsan Al-Asdi, an ally of the Quraysh. He was among the first forerunners to faith, and was a very handsome man. He witnessed the Battle of Badr and was promised Paradise. During this battle, he fought so courageously that his sword was broken. Consequently, the Prophet,

, gave him a log of wood which he shook, and it immediately turned into a very sharp sword. He fought with this sword in this battle, and in all the other Islamic conquests that he witnessed. He was killed in the apostasy wars during the Caliphate of Abu Bakr As-Siddeeq, may Allah be pleased with him, in the year 11 A.H.
His murderer was Tulayhah Al-Asadi who apostatized, but later embraced Islam again and returned to the sound religion.
His Military Commanders from Al-Muhaajiroon-I

His Military Commanders from Al-Muhaajiroon-II

His Military Commanders from Al-Muhaajiroon-III