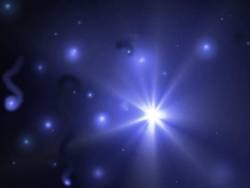 His Military Commanders from Al-Ansaar -I

1. Abdullaah ibn Rawaahah, may Allah be pleased with him:

His full name is Abdullaah ibn Rawaahah ibn Tha'labah ibn Imra' Al-Qays ibn Amr ibn Imra' Al-Qays Al-Akbar ibn Maalik Al-Ansaari Al-Khazraji, and his nickname is Abu Muhammad, or Abu Rawaahah, or Abu 'Umar according to the different opinions. He was a great poet, quick-witted, and very good at improvising poetry. He embraced Islam together with some people of his tribe before the Pledge of Allegiance at Al-Aqabah . He witnessed Al-Aqabah, in which he was the leader of the tribe of Bani Al-Haarith. The Prophet

paired him and Al-Miqdaad as brothers. He witnessed with the Prophet

Badr, Uhud, Al-Khandaq, the treaty of Al-Hudaybiyah, Khaybar, and the compensatory 'Umrah, till Allah The Almighty blessed him with martyrdom in the Battle of Mu'tah, in which he was a leader, in the year 8 A.H.

2. 'Abdullaah ibn Unays, may Allah be pleased with him:

On the fifth of Muharram, 4 A.H, the Prophet

dispatched him on a mission to assassinate Khaalid ibn Sufyaan Al-Huthali. His name is 'Abdullaah ibn Unays Al-Juhani Al-Ansaari, and his nickname is Abu Yahya. He witnessed the Pledge of Allegiance at Al-'Aqabah and the events that followed it, and he was among those who smashed the idols in Bani Salamah. He is the one who asked the Prophet

about the Night of Al-Qadr, when he said to him, "O Messenger of Allah, I have a place in the desert where I live and in which I pray, so tell me about a night in which I can come to pray in your Masjid." The Prophet

answered: "Come on the twenty-third night." [Abu Daawood]
He, may Allah be pleased with him, was an ally for Bani Salamah, and he died in the year 54 A.H.

He was the leader of a platoon to Al-Ghaabah in the year seven A.H. There is some difference of opinion about his name, it is said that it is Salaamah ibn 'Umayr, but Ali ibn Al-Madeeni said that his name is 'Utbah. He was a Companion, and he was the father of Umm Ad-Dardaa' Khayrah, the wife of Abu Ad-Dardaa'. He died in seventy-one A.H.

4. Ka'b ibn 'Umayr Al-Ansaari, may Allah be pleased with him:

He was a leader of a platoon to Bani Qudaa'ah in Rabee' Al-Awwal in 8 A.H. He was one of the great Companions. The Prophet

sent him as a leader to military campaigns time after time, and he was the one whom the Prophet

sent to Thaat Atlaah in Shaam, where his Companions were killed at the hands of Qudaa'ah, and he was injured there. However, some historians argue that he died on that day.

5. Ghaalib ibn 'Abdullaah Al-Laythi, may Allah be pleased with him:

In the beginning of Rabee' Al-Awwal, 7 A.H., the Prophet

dispatched him at the head of sixty horsemen to raid Bani Al-Mulawwah, a subdivision from the tribe of Ya'mur Ash-Shidaakh Al-Laythi, located in a place called Al-Kadeed. When the platoon reached Al-Kadeed, a man called Al-Harith ibn Maalik ibn Barsaa' Al-Laythi met them and they captured him. He objected to them and said that he was coming to the Prophet

in order to embrace Islam. Maalik, may Allah be pleased with him, said to him, "If you are truthful, it will not harm you to be tied for a night. And if you are not, we will be able to verify who you are." The Prophet

also ordered Malik, may Allah be pleased with him, to pave the way for them before the Conquest of Makkah in 8 A.H.

6. Qays ibn Sa'd ibn 'Ubaadah Al-Ansaari Al-Khazraji, may Allah be pleased with him:

His nickname is Abu Al-Fadl, and it is also said to be Abu Abdullaah and Abu Abdilmalik. He was one of the most righteous Companions, and one of the most cunning and generous people among Arabs. He was also known for his shrewdness and stratagems in battles in addition to his bravery. He was incomparable in his nobility among his people. Moreover, he was close to the heart of the Prophet

. He used to carry the flag of the Ansaar in the battles of the Prophet

. He witnessed all the battles with the Prophet

and the Prophet, sallallaahu' 'alayhi wa sallam, took the flag from his father and gave it to him on the day of the Conquest. He also accompanied Ali ibn Abi Taalib, may Allah be pleased with him, and witnessed his battles. He died at the end of the caliphate of Mu'aawiyah, in Madeenah in 59 A.H or 60 according to some other opinions.

7. Sa'd ibn Zayd Al-Ansaari, may Allah be pleased with him:

sent him with twenty horsemen to the idol of Manaat. Al-Waahidi said that he witnessed Aqabah, and others said that he also witnessed Badr and all the battles of the Prophet

. The Prophet paired him and Amr ibn Suraaqah as brothers. It is also said that he is the one whom the Prophet

sent with female captives from Bani Quraizah to the people of Najd, and he got palms and weapons in return for them.

His Military Commanders from Al-Ansaar -II