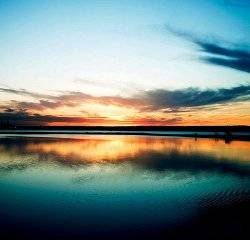 His Military Commanders From the Muhaajiroon –III

He was the head of a platoon called Thaat 'Irq to Bani Hawaazin in Rabee' Al-Awwal, 8 A.H. His nickname is Abu Wahb. He was an ally to the tribe of Bani Shams. He was from the first people who embraced Islam, and he emigrated on the second Hijrah to Habashah, and returned to Makkah when they thought that the people of Makkah had accepted Islam. Then he emigrated to Madeenah. He witnessed Badr along with his brother 'Uqbah. He also witnessed all the battles with the Prophet,

, paired him and Ibn Hawli as brothers and sent him to Al-Haarith ibn Abi Shammar Al-Ghassaani and to Jabalah ibn Al-Ayman Al-Ghassaani. He also witnessed the Battle of Yamaamah; at that time he was in his forties.

His full name is Abaan ibn Sa'eed ibn Al-'Aas ibn Umayyah Al-Qurashi Al-Umawi, and his nickname is Abu Al-Waleed. The most correct opinion is that he embraced Islam after the treaty of Hudaybiyah. He was a rich merchant, and he used to travel frequently to Shaam. He is the one who protected his cousin 'Uthmaan ibn 'Affaan, may Allah be pleased with him, when he was sent to the people of Makkah as a messenger by the Prophet,

, before the treaty of Al-Hudaybiyah.

, appointed him to lead a platoon towards Najd, to subdue the Arab Bedouins who want to attack Madeenah. The Prophet,

, also appointed him as a leader over Bahrain in 9 A.H.

Afterwards, he and his brother Khaalid, may Allah be pleased with them, were martyred during the Battle of Ajnaadeen, 13 A.H.

He was nicknamed Abu Huthayfah. He embraced Islam early, accompanied the Prophet,

, and emigrated the second Hijrah to Ethiopia with his brother Qays ibn Huthaafah. It is said that he witnessed Badr. The Prophet,

, sent him with his letter to Kisra to invite him to Islam, but Kisra tore the letter of the Prophet,

, so Allah The Almighty tore his reign. The Prophet,

, appointed him as an emir of a platoon. In this platoon, Abu Huthayfah ordered them to make a fire and enter it, and they were about to do so, but they refused. When the Prophet,

14.Karz ibn Jabir Al-Fihri, may Allah be pleased with him:

He embraced Islam after the Hijrah. The historian Ibn Ishaaq said that Karz ibn Jabir, at the head of a small group of polytheists, raided the pastures of Madeenah and looted some animals. The Prophet,

, left Madeenah to fight the aggressors. He went in their pursuit until he reached a valley called Safwaan near Badr but could not catch up with them. This invasion came to be known as the preliminary Badr invasion.

After this, Karz, may Allah be pleased with him, embraced Islam and entered the sound faith. The Prophet,

, dispatched him at the head of an army to pursue Al-'Uraniyyoon, the people who killed the shepherd of the Prophet,

. Karz, may Allah be pleased with him, was martyred during the Conquest of Makkah, 8 A.H.

His Military Commanders From the Muhaajiroon –I

His Military Commanders From the Muhaajiroon –II

His Military Commanders From the Muhaajiroon –IV