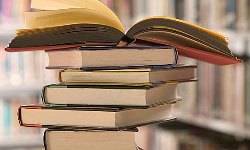 Dr. E. Marshall Johnson: Professor and Chairman of the Department of Anatomy and Developmental Biology, and the Director of the Daniel Baugh Institute, Thomas Jefferson University, Philadelphia, USA. Author of over 200 publications. Former President of the Teratology Society among other accomplishments. After studying the verses of the Quran he came to the following conclusion:

"The Quran describes not only the development of external form but emphasizes also the internal stages - the stages inside the embryo of its creation and development, emphasizing major events recognized by contemporary science... If I was to transpose myself into that era, knowing what I do today and describing things, I could not describe the things that were described... I see no evidence to refute the concept that this individual Muhammad had to be developing this information from some place... so I see nothing in conflict with the concept that divine intervention was involved ... "

Dr. Joe Leigh Simpson: Professor and Chairman of the Department of Obstetrics and Gynecology at Baylor Collage of Medicine, Houston, Texas. He is the President of the American Fertility Society, and has served in many other professional, national, and international organizations. He has received numerous awards including Association of Professors of Obstetrics and Gynecology Public Recognition Award in 1992. He has published more than 400 chapters and articles in journals and books. He says:

" ... These Hadeeths (sayings of Muhammad) could not have been obtained on the basis of the scientific knowledge that was available at the time of the writer'... It follows that not only is there no conflict between genetics and religion (Islam) but in fact religion (Islam) may guide science by adding revelation to some of the traditional scientific approaches... There exist statements in the Quran shown centuries later to be valid which support knowledge in the Quran having been derived from God "

Dr. T.V.N. Persaud: Professor and Head of the Department of Anatomy, Professor of Pediatrics and Child Health, and Associate Professor of Obstetrics, Gynecology and Reproductive Sciences, University of Manitoba, Winnipeg, Manitoba, Canada. He is the author and editor of 25 books, has contributed 31 chapters to publications, and has published over 180 scientific papers. In 1991 he received the most distinguished award presented in the field of anatomy in Canada, the J.C.B. Grant Award from the Canadian Association of Anatomists. He says:

"Muhammad was a very ordinary man, he couldn't read, didn't know how to write, ... were talking about 1400 years ago, you have some illiterate person making profound statements that are amazingly accurate, of a scientific nature... I personally can't see how this could be mere chance, there are too many accuracies and like Dr. Moore, I have no difficulty in my mind reconciling that this is a divine inspiration or revelation which lead him to these statements "

Maurice Bucaille: After a study which lasted ten years, the famous French physician Maurice Bucaille addressed the French Academy of Medicine in 1976 and expressed the complete agreement of the Quran and established findings of modern science. He presented his study on the existence in the Quran of certain statements concerning physiology and reproduction. His reason for doing that was that:

"Our knowledge of these disciplines is such, that it is impossible to explain how a text produced at the time of the Quran could have contained ideas that have only been discovered in modern times "

Dr. Tejatet Tejasen: Head of the Department of Anatomy, Faculty of Medicine, University of Chiang Mai, Thailand. After his study on the Quran passages dealing with embryology:

"From my studies and what I have learnt at this conference I believe that everything that has been recorded in the Quran 1400 years ago must be true. That can be proved the scientific way "

Dr. Gerald C. Goeringer: Professor and Coordinator of Medical Embryology in the Department of Cell Biology in the Georgetown University school of Medicine. Washington, D.C. He has published numerous articles dealing mainly with the study of teratogenesis.

Dr. Yoshiodi Kozan: Director of the observatory of Tokyo, Japan.

The response of these scholars when presented with verses of the Quran in their field of specialization, varied. One thing however was always constant. They all confirmed the accuracy of the scientific statements made in the Quran, and they all could not explain how Muhammad (pbuh) could have known with such accuracy the scientific claims to be found in the Quran so many centuries before mankind discovered them to be scientific truths.

Allah Almighty tells us in the Quran: "Allah did not create (all) that except in truth. He details the signs for people of knowledge" [Al-Quran 10:5]

"And those who were given knowledge see that which was sent down upon you by your Lord is the truth and guides to the path of the 'Exalted' (in Might) the 'worthy of all praise' " [Al-Quran 34:6]

" Had We sent down this Quran upon a mountain, you would surely have seen it humbling itself and rending asunder for fear of Allah. Such are the parables We put forth for mankind that they may reflect" [Al-Quran 59:21]
"Verily! this Quran guides to that which is most upright, and gives glad tidings to the believers who work deeds of righteousness that theirs will be a great reward" [Al-Quran 17:9]
" And We have indeed simplified (the comprehension of) this Quran for remembrance, so is there any that will remember (and be admonished)?" [Al-Quran 54:17]