The story of Prophet Adam - III 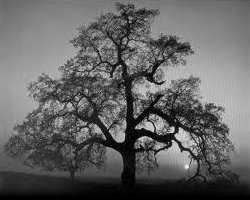 On earth, Aadam, may Allah exalt his mention, had to face conflict and struggle. No sooner had one ended than another began. He also had to toil to sustain himself. He had to protect himself with clothes and weapons and protect his wife and children from wild beasts. Above all, he had to struggle with the spirit of evil. Iblees (Satan), the cause of his expulsion from continued to beguile him and his children in order to have them thrown into the eternal Hellfire. The battle between good and evil is continuous, but those who follow Allah's guidance should fear nothing while those who disobey Allah and follow Iblees will be damned along with him.

Aadam, may Allah exalt his mention, grasped all of this and with the knowledge of this challenge began his life on the earth. The only relief for his grief was that as master of the earth he had to make it yield to him. He was the one who had to perpetuate, cultivate, construct and populate the earth. He had to procreate and raise the children necessary to change and improve the world.

The time arrived when the two young men desired life partners. This was part of Allah’s plan for mankind, to multiply and form nations with different cultures and colours. Allah revealed to Aadam, may Allah exalt his mention, that he should marry each son to the twin sister of the other. Aadam, may Allah exalt his mention, instructed his children according to Allah's command, but Qaabeel was displeased with the partner chosen for him, for Haabeel's twin sister was not as beautiful as his own.

It appears that since the beginning of time, physical beauty has been a factor in the attraction between man and woman. This attraction caused Qaabeel to envy his brother Haabeel. He rebelled against Allah's command by refusing to accept his father's advice.

Aadam, may Allah exalt his mention, was in a dilemma. He wanted peace and harmony in his family, so he invoked Allah for help. Allah commanded that each son offer a sacrifice, and he whose offering was accepted would have right on his side. Haabeel offered his best camel while Qaabeel offered his worst grain. His sacrifice was not accepted by Allah because of his disobedience to his father and the insincerity in his offering.

This enraged Qaabeel even further. Realising that his hopes of marrying his own beautiful sister were fading, he threatened his brother. "I will kill you! I refuse to see you happy while I remain unhappy!" he said.

Haabeel, feeling sorry for his brother, replied: "It would be more proper for you, my brother, to search for the cause of your unhappiness and then walk in the way of peace. Allah accepts deeds only from those who serve and fear Him, not from those who reject His commands."

Haabeel was intelligent, obedient, and always ready to obey the will of Allah. This contrasted sharply with his brother who was arrogant, selfish and disobedient to his Lord. Haabeel did not fear his brother's threats, but he did not want his brother to be hurt. Allah had blessed Haabeel with purity and compassion.

Hoping to dispel the hatred seething in his brother, Haabeel said: "My brother, you are deviating from the right path and are sinful in your decisions. It is better that you repent to Allah and forget about your foolish threat. But if you do not, then I will leave the matter in the hands of Allah. You alone will bear the consequence of your sin, for the Fire is the reward of the wrong-doers."

This brotherly plea did nothing to lessen the hatred in Qaabeel's heart, nor did he show fear of Allah's punishment. Even familial considerations were cast aside. Qaabeel struck his brother with a stone killing him instantly. This was the first death and the first criminal act committed by man on earth.

When Haabeel had not appeared for some time, Aadam, may Allah exalt his mention, began to search for him but found no trace of his beloved son. He asked Qaabeel about Haabeel's whereabouts. Qaabeel insolently replied that he was neither his brother's keeper nor his protector. From these words his father understood that Haabeel was dead and Aadam, may Allah exalt his mention, was filled with grief.

Meanwhile, Qaabeel did not know what to do with his brother's corpse. He carried it on his back wandering from place to place trying to hide it. His anger had now subsided and his conscience was saddled with guilt. He was tiring under the burden of the corpse which had started to have a stench. As a mercy, and to show that dignity could be retained even in death, Allah sent two ravens that began fighting, causing the death of one. The victorious bird used its beak and claws to dig a hole in the ground, rolled its victim into it and covered it with sand.

Witnessing this, Qaabeel was overcome with shame and remorse. "Woe unto me!" he exclaimed. "I was unable to do what this raven has done, that is to hide my brother's corpse." Qaabeel then buried his brother. This was also the first burial of man.

Allah, the Almighty, revealed (what means): "And recite to them the story of Aadam’s two sons, in truth, when they both offered a sacrifice [to Allah], and it was accepted from one of them but was not accepted from the other. Said [the latter]: 'I will surely kill you.' Said [the former]: 'Indeed, Allah only accepts from the righteous [who fear Him]. If you should raise your hand against me to kill me - I shall not raise my hand against you to kill you. Indeed, I fear Allah, Lord of the worlds. Indeed, I want you to obtain [thereby] my sin and your sin so you will be among the companions of the Fire. And that is the recompense of wrongdoers.' And his soul permitted to him the murder of his brother, so he killed him and became among the losers. Then Allah sent a crow searching [i.e. scratching] in the ground to show him how to hide the disgrace of his brother. He said: 'O woe to me! Have I failed to be like this crow and hide the disgrace [i.e. body] of my brother?' And he became of the regretful." [Quran 5:27-31]

Aadam, may Allah exalt his mention, was utterly grief-stricken by the loss of his two sons. One was dead; the other was won over by the devil. Aadam, may Allah exalt his mention, prayed for his son and turned to mundane matters, for he had to toil for his sustenance. At the same time he was a Prophet advising his children and grandchildren, telling them about Allah and calling them to believe in Him. He told them about Iblees and warned them by recounting his own experience with the devil and how the devil had tempted Qaabeel to kill his brother.

Years and years passed, Aadam, may Allah exalt his mention, grew old and his children spread all over the earth. Imaam Muhammad Ibn Is-Haaq

related that when Aadam's death drew near, he appointed his son Sheeth (Seth) to be his successor and taught him the hours of the day and night along with their appropriate acts of worship.

Ubayy Ibn Ka'b, may Allah be pleased with him, said: "When Aadam's death was near, he said to his children: 'O my children! Indeed I feel an appetite for the fruits of .' So they went away searching for what Aadam, may Allah exalt his mention, had requested. They met with the angels, who had with them his shroud and what he was to be embalmed with. They said to them: 'O Children of Aadam! What are you searching for? What do you want? Where are you going?' They replied: 'Our father is sick and has an appetite for the fruits of .' The angels said to them: 'Go back, for your father is going to meet his end soon.' So they returned with the angels and when Hawaa', may Allah exalt her mention, saw them, she recognised them. She tried to hide herself behind Aadam, may Allah exalt his mention. He said to her. 'Leave me alone. I came before you; do not go between me and the angels of my Lord.' So they took his soul, embalmed and wrapped him, dug the grave and laid him in it. They prayed for him and put him in his grave, saying: 'O Children of Aadam! This is your tradition at the time of death.'"

Before his death, Aadam, may Allah exalt his mention, reassured his children that Allah would not leave man alone on the earth, but would send His prophets to guide them. The prophets would have different names, traits and miracles, but they would be united in one thing - the call to worship Allah Alone.

The story of Prophet Aadam – II