The beauty of Islam as seen by others 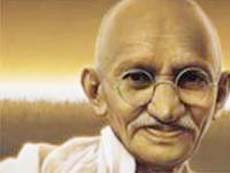 American poet, critic and author Colonel Donald S. Rockwell writes: "The simplicity of Islam, the powerful appeal and the compelling atmosphere of its mosques, the earnestness of its faithful followers, the confidence inspiring realization of millions throughout the world who answer the five daily calls to prayer, these factors attracted me from the first.

But after I had determined to become a follower of Islam, I found many deeper reasons for confirming my decision. The mellow concept of life -- fruit of the combined course of action and contemplation, the wise counsel, the admonitions to charity and mercy of the Prophet,

, (may Allah exalt his mention).

The broad humanitarianism, the pioneer declaration of women's rights, these and other factors of the teachings of the man of Makkah, were to me among the first obvious evidence of a practical religion so tersely and so aptly epitomized in the cryptic words of Prophet Muhammad,

: 'Trust in God and tie your camel.' He gave us a religious system of normal action, not blind faith in the protection of an unseen force in spite of our own neglect, but confidence that if we do all things rightly and to the best of our ability, we may trust in what comes as the Will of God...

When I stood in the inspiring mosques of Istanbul, Damascus, Jerusalem, Cairo, Algiers, Tangier, Fez and other cities, I was conscious of a powerful reaction -- the potent uplift of Islam's simple appeal to the sense of higher things, unaided by elaborate trappings, ornamentation, figures, pictures, music and ceremonial ritual. The mosque is a place of quiet contemplation and self-effacement in the greater reality of the true God.

The democracy of Islam has always appealed to me. Potentate and pauper have the same rights on the floor of the mosque, on their knees in humble worship. There are no rented pews or special reserved seats.

The Muslim accepts no man as mediator between himself and his God. He goes direct to the invisible source of creation and life -- God -- without reliance on a saving formula of repentance of sins and belief in the power of a teacher to afford him salvation. The universal brotherhood of Islam, regardless of race, politics, color or country, has been brought home to me most keenly many times in my life, and this is another feature which drew me towards the Faith."

The baseless claim that Islam converted the peoples it had 'conquered by force' has also been refuted by prominent non-Muslims.

"I became more than ever convinced that it was not the sword that won a place for Islam in those days in the scheme of life. It was the rigid simplicity, the utter self-effacement of the Prophet,

, the scrupulous regard for his pledges, his intense devotion to his friends and followers, his intrepidity, his absolute trust in God and his own mission. These and not the sword carried everything before them and surmounted every trouble."

James A. Michener writes in the Reader's Digest, under the title Islam: The Misunderstood Religion: "No other religion in history spread so rapidly as Islam. The West has widely believed that this surge of religion was made possible by the sword. But no modern scholar accepts that idea, and the Quran is explicit in support of the freedom of conscience."

Laurence E. Browne writes in The Prospects of Islam: "Incidentally, these well-established facts dispose of the idea so widely fostered in Christian writings about the Muslims, that wherever they went, they forced people to accept Islam at the point of the sword."

De Lay O'Leany also writes in Islam at Crossroads, London, 1923, p. 8: "History makes it clear, however, that the legend of fanatical Muslims, sweeping through the world and forcing Islam at the point of the sword upon conquered races is one of the most fanatically absurd myths that historians have ever repeated."

It is worth mentioning here that it is absolutely wrong to judge Islam by the deteriorating condition of Muslims and the blatant corruption that pervades the Muslim world. What Islam preaches is one thing, and what so many Muslims nowadays practice is something else.

The only way whereby we do justice to Islam is to find out about its noble teachings, which are clearly set out at length in the Holy Quran and the Prophetic traditions. The famous popular singer, Cat Stevens, who later embraced Islam once observed: "It will be wrong to judge Islam in the light of the behavior of some bad Muslims who are always shown on the media.

It is like judging a car as a bad one if the driver is drunk and he bangs it into a wall. Islam guides all human beings in daily life -- in its spiritual, mental and physical dimensions. Nevertheless, we must find the sources of these instructions -- the Quran and the example of the Prophet,

. Then we can see the idea of Islam."

What is generally said about Islam in the media and in many academic circles can also give a wrong idea about it. As Maurice Bucaille put it: "The totally erroneous statements made about Islam in the West are sometimes the result of ignorance, and sometimes of systematic denigration.

The most serious of all the untruths told about it are, however, those dealing with facts, for while mistaken opinions are excusable, the presentation of facts running contrary to reality is not. It is disturbing to read blatant untruths in eminently respectable works written by authors who a priori are highly qualified."

[From: A Glimpse at the Beauty of Islam]