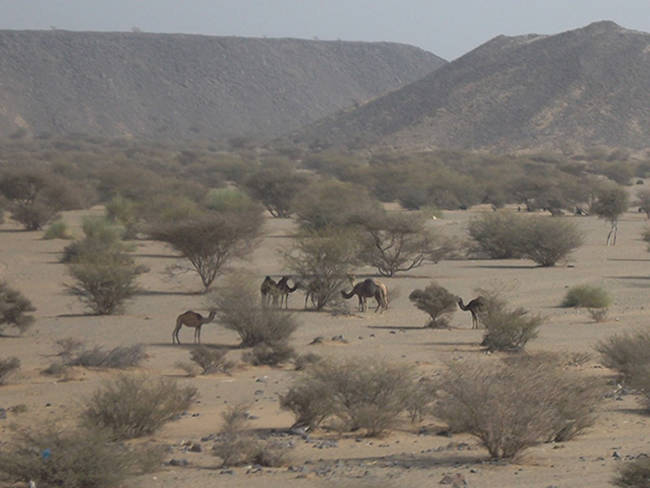 We are now in a small town in a narrow valley. There is no vegetation, no livestock, no gardens, and no rivers. Desert after desert separates the town from the rest of the world. During the day, the heat of the sun is unbearable and the nights are still and lonely. Tribes flock to it like animals in the open country flock to a waterhole. No government rules and there is no religion to guide people, except one which promotes the worship of stone idols. There is no knowledge except that which is confined to priests and soothsayers, and a love for elegant poetry. This is Makkah and these are the Arabs.

In this town lives a young man who has not yet seen twenty summers. He is short, well built, and has a very heavy crop of hair. People compare him to a young lion. He comes from a rich and noble family. He is very attached to his parents and is particularly fond of his mother. His name is Sa'ad Ibn Abi Waqqaas .

One morning at about this time in his life, Abu Bakr came up and spoke softly to him. He explained that Muhammad Ibn 'Abdullah had received Revelation and was sent with the religion of guidance and truth. Abu Bakr then took him to Prophet Muhammad in one of the valleys of Makkah. Sa'ad was excited and overwhelmed, and responded readily to the invitation to the truth and the religion of One God. The Prophet was also greatly pleased when Sa'ad became a Muslim.

While the Prophet was delighted with Sa'ad‘s acceptance of Islam, others including his mother were not. Sa’d relates: “When my mother heard the news of my acceptance of Islam, she flew into a rage. She came up to me and said: “‘O Sa'ad! What is this religion that you have embraced, which has taken you away from the religion of your mother and father? By God, either you forsake your new religion, or I would not eat or drink until I die. Your heart would be broken with grief for me, and remorse would consume you on account of the deed which you have done, and people would censure you forever more.’ “‘Do not do (such a thing), my mother,’ I said, ‘for I would not give up my religion for anything.’”

However, she went on with her threat. For days, she neither ate nor drank and became emaciated and weak. Hour after hour, I went to her asking whether I should bring her some food or something to drink, but she persistently refused, insisting that she would neither eat nor drink until she died or I abandoned my religion. I said to her: “‘Ya Ummah! (O mother) In spite of my strong love for you, my love for Allah and His Messenger is indeed stronger. By Allah, if you had a thousand souls and one soul after another were to depart, I would not abandon my religion for anything.’

When she saw that I was determined she relented unwillingly and ate and drank.”

It was concerning Sa'ad‘s relationship with his mother and her attempt to force him to renounce his faith that the words of were revealed in the Quran. Allah Says (what mean): {And We have enjoined upon man (care) for his parents. His mother carried him, (increasing her) in weakness upon weakness, and his weaning is in two years. Be grateful to Me and to your parents; to Me is the (final) destination. But if they endeavor to make you associate with Me that of which you have no knowledge, do not obey them but accompany them in (this) world with appropriate kindness and follow the way of those who turn back to me (in repentance). Then to Me will be your return, and I will inform you about what you used to do.} [Quran 31:14-15]

In these early days of Islam, the Muslims were careful not to arouse the sensibilities of the Quraysh. They would often go out together in groups to the glens outside Makkah where they could pray together without being seen. However, one day, a number of idolaters came upon them while they were praying and rudely interrupted them with ridicule. The Muslims felt they could not suffer these indignities passively and they came to blows with the idolaters. Sa'ad Ibn Abi Waqqaas struck one of the disbelievers with the jawbone of a camel and wounded him. This was the first bloodshed in the conflict between Islam and Kufr (disbelief) – a conflict that was later to escalate and test the patience and courage of the Muslims.

Sa'ad was a cousin of Aaminah Bint Wahb, and thus a maternal uncle of our Prophet . Sa'd belonged to Bani Zuhrah, and for this reason, he is sometimes referred to as Sa'ad of Zuhrah, to distinguish him from several others whose first name was Sa'ad . The Prophet is said to have been pleased with this family relationship to Sa'ad. Once as he was sitting with his Companions, he saw Sa'ad approaching him and said: “This is my maternal uncle. Let a man see his maternal uncle!” (Make way for my uncle.)

Sa'ad distinguished himself in many encounters that took place during the life of the Prophet and after. Sa'ad is known as the first Companion to have shot an arrow in the defense of Islam. During the Battle of Badr, Sa'ad fought alongside his brother ‘Umayr . ‘Umayr was a mere lad in his early teens, and had begged to be allowed to accompany the Muslim army. Sa'ad returned alone to Al-Madeenah, for `Umayr was one among the fourteen Muslim martyrs who fell that day.

At the Battle of Uhud, Sa'ad was especially chosen as one of the best archers along with Zayd and Sa’ib . In that landmark battle, when the

Muslim archers kept in reserve abandoned their positions in the eagerness for booty, Sa'ad remained steadfast, and fought vigorously in defense of the Prophet . To urge him during these perilous moments, the Prophet said: “Shoot, Sa'ad … May my father and mother be sacrificed for you!”

On this occasion, ‘Ali Ibn Abi Taalib said that he had not heard the Prophet promising such a great ransom to anyone except Sa'ad . The Prophet is also known to have prayed for Sa'ad: “O Lord, direct his aim and respond to his prayer.”

Sa'ad was one of the companions of the Prophet who was blessed with great wealth. Just as he was known for his bravery, so he was known for his generosity. Sa'ad is mainly renowned as the commander-in-chief of the strong Muslim army which 'Umar dispatched to confront the

Persians at Qadisiyah. 'Umar wanted nothing less than an end to Sasanian power which for centuries had dominated the region.

Just how ferocious the battle was, could be imagined when it is known that some 30,000 persons on both sides fell in the course of four days' fighting. In one day alone, some 2000 Muslims and about 10,000 Persians lost their lives.

The Battle of Qadisiyah is one of the major decisive battles of world history. It sealed the fate of the Sasanian Empire, just as the Battle of Yarmook had sealed the fate of the Byzantine Empire in the West. Two years after Qadisiyah, Sa'ad went on to take the Sasanian capital. The taking of Ctesiphon was accomplished after a brilliant crossing of the Tigris River while it was in flood. Sa'ad has thus gone down in the annals of history as the hero of Qadisiyah and the conqueror of Ctesiphon.

He lived until he was almost 80 years old. He was blessed with much influence and wealth but as the time of death approached in the year 54 AH, he asked his son to open a box in which he had kept a coarse woolen shirt (Jubbah) and said:
“Shroud me in this, for in this (Jubbah) I met the polytheists on the day of Badr and in it I desire to meet Allah the Almighty.”