FAQs about Women's Rights in Islam 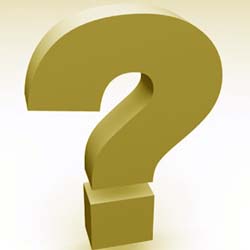 Q. Does a Muslim woman have the right to go outside her home?

A. Muslim women are not prohibited from going out in the community, working or visiting relatives and female friends, if there is no objection from their guardian, if they are wearing the correct Islamic dress, if they behave and speak according to Islamic guidelines and if necessary, escorted by a close male relative.

However, a woman's home should be the main base that she works from. Allah instructed the wives of the Prophet, sallallaahu ‘alayhi wa sallam, (may Allah exalt his mention) (what means): "O consorts of the Prophet! Ye are not like any of the (other) women: If ye do fear (Allah), be not too complaisant of speech, lest one in whose heart is a disease should be moved with desire; but speak ye a speech (that is) just. And stay quietly in your houses. And make not a dazzling display, like that of former times of ignorance; and establish regular prayer, and give regular charity; and obey Allah and his Apostle. And Allah only wishes to remove all abomination from you, O members of the family, and to make you pure and spotless." [Quran 33:32-33]

Q. Is a woman allowed to get an education in Islam?

A. In the words of the Prophet Muhammad, sallallaahu ‘alayhi wa sallam: "To seek knowledge is obligatory on every Muslim."

"Whoever follows a way to seek knowledge, Allah will make easy for him a way to paradise."

A woman in Islam has the right to knowledge and education. Allah encourages women to read and keep up the learning process. He also bestows His mercy upon all who seek knowledge, and gives them high status, when He Says (what means): “… Are those equal, those who know and those who do not know?” [Quran 39:9]

“… Allah will raise up to (suitable) ranks (and degrees), those of you who believe and who have been granted knowledge. And Allah is well acquainted with all ye do.” [Quran 58:11]

Q. We do not see as many Muslim women pursuing careers outside their homes like Western women. Why?

A. The Right to Seek Employment

If you take a look at many societies today, a woman is only valued and considered important if she performs the functions of a man (while at the same time displaying her feminine attractions to the public). While these women may carry the immense responsibility of bearing and rearing children, you have to admit that they may still be at par with men in nearly every area of life. The result is the present-day confusion concerning gender role differences, resulting in an increase in the number of divorces and emotionally distraught children.

In Islam, the value and importance of women in society and the true measure of their success as human beings, is measured with completely different criteria: their fear of Allah, obedience to Him and fulfillment of the duties He has entrusted them with, particularly that of bearing, rearing and teaching children.

Nevertheless, Islam is a practical religion and responds to human needs and life situations. Many women need or wish to work for various reasons. For example, they may possess a useful skill, which may be necessary for society, such as a teacher or a doctor.

While Islam does not prohibit women working outside the home, it does stipulate that the following restrictions be followed, in order to safeguard the dignity and honor of women and the purity and stability of the society. (The conduct of women, after all, is the "backbone" of any society):

1. Outside employment should not come before, or seriously interfere with her responsibilities as wife and mother.

2. Her work should not be a source of friction within the family; the husband's consent is required in order to eliminate later disagreements. If she is not married, she must have her guardian's consent.

3. Her appearance, manner and tone of speech and overall behavior should follow Islamic guidelines. These include: restraining her glances in relation to any men near the workplace, wearing correct Islamic dress, avoiding free or inviting talk or laughter with men, not walking in a provocative manner and not using make-up or perfume in public.

4. Her job should not be one which causes moral corruption in society, or involves any prohibited trade or activity, affect her own religion, morals, dignity and good behavior, or subject her to temptations.

5. Her job should not be one which forces her to mix and associate with men.

6. A woman should try to seek employment in positions which require a woman's special skills or which relate to the needs of women and children, such as teaching, nursing other women, midwifery, medicine with specializations like pediatrics or obstetrics-gynecology.

[From: Questions and Answers about Women's Rights in Islam]

FAQs about Islam - I Where is Allah? Allah is the Highest. He is High above all of His creation. He ascended above His Throne, which is immeasurably greater than the Heavens and the Earth. So much greater, that the Heavens...More