The story of Prophet Sulaymaan - I 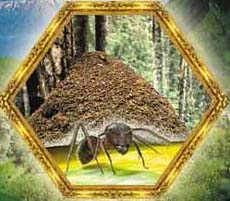 Sulaymaan, may Allah exalt his mention, was one of the prominent Prophets of Allah, may Allah exalt their mention, who are well known in the religions of Judaism, Christianity and Islam. His story, which is an interesting one, is mentioned in the Noble Quran.

(may Allah exalt his mention) said: "We (Prophets) do not inherit anything, and whatever we leave is to be used for charity." [Al-Bukhari]

In the Quran, Allah Almighty Says (what means): "And We had certainly given to Daawood and Sulaymaan knowledge, and they said: 'Praise [is due] to Allah, who has favoured us over many of His believing servants.' And Sulaymaan inherited Daawood. He said: 'O People! We have been taught the language of birds, we have been given from all things. Indeed, this is an evident bounty.' And gathered for Sulaymaan were his soldiers of the jinn and men and birds, and they were [marching] in rows." [Quran: 27:15-17]

After his father's death, Sulaymaan, may Allah exalt his mention, became king. He begged Allah for a kingdom of the stature that none after him would have, and Allah granted him his wish. Besides wisdom, Allah had blessed Sulaymaan, may Allah exalt his mention, with many abilities. He could command the winds and understand and talk to birds and animals. Allah directed him to teach both men and jinn to mine the earth and extract its minerals to make tools and weapons. He also favoured him by giving him a mine of copper, which was a rare metal in that era.

During his time, horses were the common mode of transportation. They were essential for defence, to carry soldiers, and cart provisions and weapons of war. The animals were well cared for and well trained. One day, Sulaymaan, may Allah exalt his mention, was reviewing a parade of his stable. The fitness, beauty and posture of the horses fascinated him so much that he kept on stroking and admiring them while the sun was nearly setting, and the time for the mid-afternoon prayer was passing by. When he realised this, he exclaimed (what means): "… Indeed I gave preference to the love of good [things] over the remembrance of my Lord until it [i.e., the sun] disappeared into the curtain [of darkness]." [Quran: 38:32]

Indeed, this entire story is related in the Quran as follows, the meaning of which is: "And to Daawood We gave Sulaymaan. An excellent servant, indeed he was one who repeatedly turned back [to Allah]. [Mention] when there were exhibited before him in the afternoon the poised [standing] racehorses. And he said: 'Indeed I gave preference to the love of good [things] over the remembrance of my Lord until it [i.e., the sun] disappeared into the curtain [of darkness].' [He said]: 'Return them to me,' and set about striking [their] legs and necks. And We certainly tried Sulaymaan and placed on his throne a body; then he returned. He said: 'My Lord! Forgive me and grant me a kingdom such as will not belong to anyone after me. Indeed, You are the Bestower.' So We subjected to him the wind blowing by his command, gently, wherever he directed, And [also] the devils [of jinn] – every builder and diver. And others bound together in shackles. [We said]: 'This is Our gift, so grant or withhold without account.' And indeed, for him is nearness to Us and a good place of return." [Quran: 38:30-40]

One day, Sulaymaan, may Allah exalt his mention, gathered his army, which had different battalions of men, jinn, birds, and animals, and marched them to Askalon (in ). While they were passing through a valley, an ant saw the approaching army and cried out to warn the other ants saying (what means): "…Enter your dwellings that you not be crushed by Sulaymaan and his soldiers while they perceive not." [Quran: 27:18] Sulaymaan, may Allah exalt his mention, hearing the cry of the ant, smiled. He was glad that the ant knew him to be a Prophet who would not intentionally harm Allah's creation. He thanked Allah for saving the ants' lives.

Allah the Almighty narrated (what means): "And gathered for Sulaymaan were his soldiers of the jinn and men and birds, and they were [marching] in rows until, when they came upon the valley of the ants, an ant said: 'O ants! Enter your dwellings that you not be crushed by Sulaymaan and his soldiers while they perceive not.' So [Sulaymaan] smiled, amused at her speech, and said: 'My Lord! Enable me to be grateful for Your favour which You have bestowed upon me and upon my parents and do righteousness of which You approve. And admit me by Your mercy into [the ranks of] Your righteous servants'" [Quran: 27:17-19]

He set out to find a hoopoe bird, which could detect water under the ground. He sent signals all over for the hoopoe to call on him, but it was nowhere to be found. In anger, he declared that unless the bird had a good reason for its absence, he would punish it severely.

The hoopoe eventually came and explained to Sulaymaan, may Allah exalt his mention, the reason for its delay. "I have discovered something of which you are not aware. I have come from (') with important news," said the bird. Sulaymaan, may Allah exalt his mention, became curious, and his anger subsided. The bird continued: "' is ruled by a queen who has plenty of everything, including a splendid throne. But in spite of all this wealth, Satan has entered her heart and the hearts of her people. She rules their minds completely. I was shocked to learn that they worship the sun instead of Allah, the Almighty."

To check the hoopoe's information, Sulaymaan, may Allah exalt his mention, sent a letter to the queen with the bird. He instructed the bird to remain hidden and to observe everything it saw.

The hoopoe dropped the letter in front of the queen and flew away to hide. She excitedly opened and read its content (which means): "Indeed, it is from Sulaymaan, and indeed. It is [i.e., reads]: 'In the Name of Allah, the Entirely Merciful, the Especially Merciful, Be not haughty with me but come to me in submission [as Muslims].'" [Quran: 27:30-31]

The story of Prophet Sulaymaan- II