Social System in Islam - I 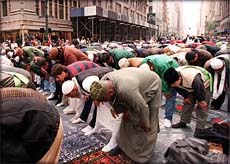 Four categories of rights and obligations in man’s life:

It is an established fact that Islam is a comprehensive way of life, a complete guidance for the whole of mankind covering all aspects of life. Islamic law (or Sharee'ah) is not confined only to civil and criminal matters, but covers every aspect of life. The moral aspect, physical, psychic, economic, etc. No thing is left behind. It (Sharee'ah) takes care of man from when he is in his mother's womb until after death. It deals with every detail.

Sharee’ah is the knowledge, the discipline, and the science of the rights and obligations of man, and what is good and evil for him individually and collectively.

Creatures by the nature of their being created, have to submit to their Creator. Having established that Allah is in reality The Only One God to be worshipped, the Quran and Sunnah (the Prophetic traditions) explain the right way to worship Him. There must be unity between man’s worship and his attitude towards life. The God worshipped by man in his prayer and devotion is the same God addressed while studying, earning a living, and in attempting to better conditions on earth. It is the same God applied to while eating, drinking, while communicating with his family, with other individuals, with other societies, peoples and states, whether in peace time or war.

The regular worship during the span of life provides man with an extraordinary spirit. The prescribed daily prayers, for instance, consist in repeating and refreshing five times a day the belief in which he reposes his faith. The times of prayer - dawn, noon, afternoon, sunset and night, correspond with the five periods of man’s life, namely childhood and youth, age of maturity, old age, death, and life after death until the Resurrection. Dawn of the next day signifies the Resurrection, so each day is a complete cycle of man’s whole life in parallel with the life of the world. During each time of worship, a Muslim dissociates himself from his worldly engagements for a few moments, cleanses himself and presents himself before his Lord, seeking audience before Him. By reciting from the Noble Quran he is elevated into a state as if he were receiving it directly from the Lord of the worlds. He asks Him again and again to enable him to follow His Chosen Path, refreshes his belief in all the pillars of faith and enlivens his memory with the fact that he has to appear before his Lord and give an account of his entire life. He unburdens himself to Him and begs His succor for all the difficulties in which he is entangled in life. Thus, the daily prayers strengthen the foundations of his faith, prepare him for the observance of a life of virtue and obedience to Allah, and refresh the belief from which spring courage, sincerity, purposefulness, purity of the soul, and enrichment of morals. The Quran states (what means): {Verily, the (daily) prayers prevent (a Muslim) from Al-Fahsha' (i.e. great sins of every kind, unlawful sexual intercourse, etc.) and Al-Munkar (i.e. disbelief, polytheism, and every kind of evil wicked deed, etc.) …} [Quran 29:45]

Then, again, a Muslim must perform his daily prayers in congregation and especially so the Friday noon prayer. This creates among the Muslims a bond of love and mutual understanding. This arouses in them a sense of their collective unity and fosters among them the feelings of brotherhood. All of them perform their prayers in one congregation and this inculcates in them a deep feeling of brotherhood. Prayers are also a symbol of equality, for the poor and the rich, the ‘low’ and the ‘high’, the rulers and the ruled, the educated and the unlettered, the black and the white, all stand in one row and prostrate before their Lord. They also inculcate in them a strong sense of collective discipline and obedience to the leader of the community. Prayers train the Muslims in all those virtues, which make possible the development of a rich individual and collective life.

Islam regards man as Allah’s vicegerent and cannot tolerate his degradation by his submission to any kind of humiliation or oppressive powers. Islam is the real way to freedom and liberation. It is the religion, which invites man to struggle against oppression and tyranny for his freedom and dignity. So, by prostrating for Allah Alone, a Muslim declares that he does not bow down to any other than Him. Islam is the way to real freedom, one which allows no serfdom, promises all men freedom, and independence in thought, action, property and religion, and safeguards man’s integrity as well his honor and dignity. Islam also frees man from the captivity of his lusts; sensual pleasures should not tempt and corrupt him. Drinking, permissiveness, gambling, night clubs, mixed social activities, bad movies, homosexuality, fornication and adultery, sex outside marriage, pornography, overspending, conspicuous consumption, arrogance, greed, etc. are all the humiliating factors for him which take his honor and dignity away and have been used by all kinds of colonialism, exploitation and imperialism. It is the daily prayer and other forms of worship such as alms-giving (Zakat), which inculcate in man the will to struggle against all aspects of self-degradation.

As pointed out by a contemporary Muslim thinker, two cardinal causes for social convulsions and disruptions are: (1) the idea that “let everyone work so that I could eat” and (2) the thought that “it does not interest me if others die of hunger so long as I am full.” Islam eliminates the first of these vices through the ban of all kinds of transactions based on ‘interest and usury’, and the second through the command to pay Zakat. Zakat is the bridge between the various economic levels of the society.

Zakat is the Islamic obligation, which every Muslim whose financial situation is above a certain specified minimum must pay. The purpose of giving Zakat is to gain Allah’s approval, and this is possible by serving people.

The money that we pay in Zakat is not something Allah needs or receives. He is above any need or desire. He, in His benign mercy, promises the alms-givers manifold rewards, but there is one basic condition for being thus rewarded, and it is that when we pay in the name of Allah, we should not expect any worldly gains from the beneficiaries, nor aim at making our names as philanthropists. Allah Says in the Quran (what means): {Those who spend their wealth in the cause of Allah, and do not follow not up what they have spent with remainders of their generosity or with injury, their reward is with their Lord, and no fear shall be on them, neither shall they grieve. Kind words and forgiving of faults are better than the alms followed by injury. And Allah is All-Sufficient, All-Clement.} [Quran 2:262-263]

Zakat is as basic to Islam as other forms of worship, Prayer and Fasting. Its fundamental importance lies, in addition to its economic and social function, in the fact that it fosters in the Muslim qualities of sacrifice and rids him of selfishness and avarice.

The Muslim society has immensely to gain from the institution of Zakat. It is the bounden duty of every well-to-do Muslim to help his lowly-placed, poor brethren. His actual wealth, and his share in it is very small when compared to the direct gifts of Allah such as the sun, rain, earth, and natural resources, so it is not to be spent solely on his own comfort and luxury - there are other rightful claimants upon his wealth, and they are the nation’s widows and orphans, the poor and the sick; those who have ability but lack the means to make their living, and those who have the faculties and intelligence but not the money with which they could become useful members of the community.

Islam regards it as a great injustice to fill up one’s own stomach and coffers while thousands die of hunger or suffer the agonies of unemployment. Islam is severely opposed to such selfishness and greed. By paying the obligatory Zakat, one shares a very small percentage of his wealth with others and helps them stand on their own feet and become productive members of the society.