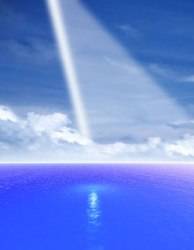 When Allah, the Most Exalted, wanted to create Adam

He informed His angels of that. They asked Him the reason behind that, because they knew that the sons of Adam

would cause corruption and shed blood, and they would disobey Allah and disbelieve in Him. He told them that there were reasons for the creation of Adam

which they did not know. Allah Says in the Quran (what means): "And [mention, O Muhammad], when your Lord said to the angels, “Indeed, I will make upon the earth a successive authority.” They said, “Will You place upon it one who causes corruption therein and sheds blood, while we declare Your praise and sanctify You?” He [Allah] said, “Indeed, I know that which you do not know." [Quran 2:30]

Their prostration to Adam

when he was created:
Allah commanded His angels to prostrate to Adam

when He had completed his creation and breathed His soul into him, Saying (what means): "[So mention] when your Lord said to the angels: “Indeed, I am going to create a human being from clay. So when I have proportioned him and breathed into him of My [created] soul, then fall down to him in prostration." [Quran 38:71-72]
They responded to the command, except for Satan, as in the verse (which means): "So the angels prostrated — all of them entirely. Except Satan; he was arrogant and became among the disbelievers."[Quran 38:73-74]
How the angels taught Adam

:
It is narrated that Abu Hurayrah

said: The Messenger of Allah

said: "Allah created Adam in his image (i.e. without progressing through the stages of a normal human, starting from a sperm until the completion of his human formation), and he (Adam) was sixty cubits tall. When He had created    him, He said, `Go and greet them – a group of angels who were sitting – and listen to how they respond, for that will be your greeting and the greeting of your descendents.' So he said, 'As-Salamu `Alaykum,' and they said, 'As-Salamu `Alayka wa rahmat-Allahi. So they added the words wa rahmat-Allah." [Al-Bukhari]
The angels washed Adam

when he died:
When Adam

died, his children did not know what they should do with his body, so the angels taught them. Ubayy Ibn Ka'b

said: "When Adam, died, the angels washed his body with water an odd number of times, then they buried him in a grave with a niche (land), and said: This is the way of the sons of Adam."[Al-Hakim and At-Tabarani]
It is narrated in an authentic narration that the angels washed Hanthalah Ibn Abu `Aamir

who was martyred in the battle of Uhud. The Messenger

said to his companions, may Allah be pleased with them, after Hanthalah

was killed: "The angels are washing your companion" – meaning Hanthalah. The companions asked his wife, and she said that he had gone out when he heard the call to Jihad, and he was in a state of ritual impurity following marital relations. The Messenger of Allah

said, "That is why the angels washed his body." [Al-Haakim and Al-Bayhaqi]
2 – The angels and the sons of Adam

:
The connection between the angels and the descendents of Adam

is very strong. They are there when a person is created, they guard him/her after he/she emerges into this world. They bring the revelation from Allah and they watch over people's actions and behaviour. They bring a person's soul forth from his body when his appointed time (of death) comes.
Their role in the creation of man:
Abu Tharr

said: "I heard the Messenger of Allah

say: `When forty-two nights are passed, Allah sends an angel to the nutfah (embryo) and he gives it shape, forming its hearing and sight, its skin, flesh and bones. Then he says: `O Lord, male or female?' Then your Lord decrees whatever He wills and the angel writes it down.'" [Muslim]
It is narrated that Ibn Mas'ood, may Allah be pleased with him, said: "The Messenger of Allah

who is the most truthful one, told us: "Each one of you comes together in mother's womb for forty days, then becomes an 'Aalaqah (clot) for a similar period of time. Then he becomes a Mudhghah (chewed lump of flesh) for a similar length of time. Then Allah sends an angel to him, who is commanded with four things. It is said to him: Write down his deeds, his provision, and whether he is doomed (destined for Hell) or blessed (destined for Paradise). Then the soul is breathed into him.'" [Al-Bukhari]
The Prophet

also said: "Allah has appointed an angel over the womb, and he (the angel) says, 'O Lord, a Nutfah (embryo from the mixed discharge of male and female); O Lord, an 'Alaqah (clot); O Lord, a Mudhghah (chewed lump of flesh).' And when Allah wants to decree his creation, he says: `O Lord, male or female? Doomed or blessed? What is his provision? What is his lifespan?' All of that is written when he is in his mother's womb." [Al-Bukhari]
The angels guard the sons of Adam

:
Almighty Allah Says (what means): "It is the same [to Him] concerning you whether one conceals [his] speech or one publicizes it and whether one is hidden by night or conspicuous [among others] by day. For him [i.e. each one] are successive [angels] before and behind him who protect him by the decree of Allah. Indeed, Allah will not change the condition of a people until they change what is in themselves. And when Allah intends for a people ill, there is no repelling it. And there is not for them besides Him any patron." [Quran 13:10-11]
Ibn `Abbas

has explained that what is meant by "successive angels" is the angels whom Allah appoints to guard a person from before and from behind. Then when the decree of Allah comes, which Allah wills should befall him, they withdraw from him.
Mujahid

said: "There is no person who does not have an angel appointed to protect him when he is asleep and when he is awake, from the jinn, other men and savage beasts. None of these come to him, but the angel tells it, `Keep away!' except for that which Allah has given permission to befall him."
A man said to 'Ali Ibn Abu Talib

said: "With every man there are angels guarding him from whatever has not been decreed for him. When the decree comes, they move away from him and let it reach him. Your, fixed lifespan (decreed by Allah) is a protection for you." [Al-Bidayah Wan-Nihayah]
These guardians are sent by Allah to protect His slaves until the decreed time of death comes to them.
The Angels and human beings - II