The month of Sha’ban - II 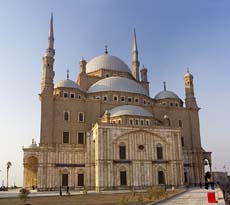 Another benefit of fasting in Sha’ban is that it is a kind of training for the Ramadan fast, in case a person finds it difficult to fast when Ramadan starts; if he fasts in Sha’ban he will have gotten used to fasting and he will feel strong and energetic when Ramadan comes.

Sha’ban is like an introduction to Ramadan and it has some things in common with Ramadan, such as fasting, reciting Quran and giving in charity. Salamah ibn Suhayl

used to say: “The month of Sha’ban is the month of reciters (of the Quran).” Habeeb Ibn Abu Thabit

used to say, when Sha’ban came: “This is the month of reciters (of the Quran).”

said to a man: “Have you fasted anything of the Sirar of this month?” He said: “No.” He

said: “If you have not fasted, then fast two days.” According to a report narrated by Al-Bukhari

meant Ramadan. According to a report narrated by Muslim

said: “Have you fasted anything of the Sirar of Sha’ban?”

There was some dispute as to the meaning of the word Sirar. The most well known view is that it refers to the end of the month. The end of the month is called Sirar because the moon is hidden (istisrar, which is "hiding" in Arabic) at that time. Someone may raise the point that it was reported in the books of Imams Al-Bukhari and Muslim

said: “Do not pre-empt Ramadan by one or two days, except for those who have the habit of fasting regularly, in which case they may fast.”

addressed this question was known to have the habit of fasting regularly, or else he had made a vow, so the Prophet

commanded him to make up his fast. There are also other points of view on this issue. In brief, we may say that there are three scenarios for fasting at the end of Sha’ban.

The first scenario is when a person fasts at the end of Sha’ban with the intention of being on the safe side and not missing the first day of Ramadan. This is forbidden.

The second scenario is when a person fasts with the intention of fulfilling a vow or of making up a day of Ramadan that he missed or as an act of expiation, etc. This is permissible according to the majority.

The third scenario is when this is purely a voluntary fast. This is regarded as disliked by those who said that we should differentiate between Sha’ban and Ramadan by not fasting for a while.

If it happens to coincide with a day when a person habitually fasts, Malik and those who agreed with him

made a distinction between cases where it is a fast which a person habitually observes or otherwise.

In conclusion, the narration of Abu Hurayrah

quoted above is what we should follow according to the majority of scholars. It is disliked to observe a voluntary fast one or two days before Ramadan for those who do not habitually fast on those days and who have not previously fasted until the end of Sha’ban. It may be asked: why is it disliked to fast just before Ramadan (for those who do not have a prior habit of fasting)? The answer is that there are a number of reasons why this is so, such as:

Firstly: lest extra days be added to the fast of Ramadan that are not part of it. Fasting on the day of 'Eed is prohibited for the same reason, lest we fall into the same trap as the People of the Book with regard to fasting, as they added to their fasts because of their own whims and desires.

For the same reason it is also forbidden to fast on the “day of doubt”.

The “day of doubt” is a day when people are not sure whether it is Ramadan or not, when news of the sighting of the crescent moon come from one whose word cannot be accepted. As for a cloudy day, some scholars said that this was also a ‘day of doubt’ and said that fasting was not allowed on this day. This is the view of the majority.

forbade following an obligatory prayer immediately with another prayer unless they are separated by saying salam or speaking, especially in the case of the Sunnah prayer performed just before Fajr. It is prescribed to make a clear separation between this prayer and the obligatory prayer.

Some ignorant people may think that the reason why we do not fast just before Ramadan is so that we can make the most of eating and have our fill of our desires before we have to deny ourselves by fasting.

The month of Sha’ban -I