Bulgaria: the sufferings of one million Muslims 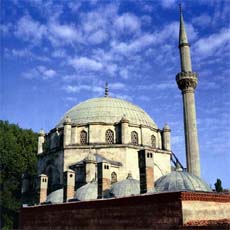 For the past century, Muslims in the Balkans are the victims of many episodes of ethnic cleansing by the crusaders and later by the Communists in , , , , , , and . As Communism collapsed, the Muslims in are still facing suppression, discrimination, harassment and intolerance.

In this context, we will highlight the sufferings of one million Muslim Bulgarians who are uprooted and forced to flee from their country before giving up their property. Despite all this, Islam's presence in is likely to grow and to bring about social, economic and political changes.

The Balkan Peninsula has strategic geographic position, controlling the access to the Silk Road, the ancient trade route linking and imperial . Therefore, it was a battlefield for the competing superpowers since medieval times. The region that is now was at one time included in the .

Muslims managed to gain footholds throughout the Balkans since the Abbasid era in the 9th century. By 1396, the armies of the Ottoman Empire controlled all of . During the next five centuries the Islamic culture dominated in . The presence of Muslims in the Balkan Peninsula at that time was so great when thousands of Turkish Muslims had immigrated and settled in .

The Christian kingdoms in Western Europe launched many crusades to take over passing through the . On their way they had exterminated the Muslims living there. In 1878, coinciding with the expansion of Great Serbia, Muslims in were the expelled and a killing spree took place with Russian backing.

After the dissolution of the , Muslims in the Balkans have been severely persecuted. By the end of the First World War, the Bulgarian nationalists continued the hostile policies of the Serbs by destroying schools and mosques in the Muslim areas. Muslims are told: 'Become Christians if you wish to remain in .'

Who Are the Bulgarian Muslims?

Muslims in belong to various ethnic groups, such as the Turks, Pomaks, Gypsies and Tatars. The Pomaks are the main Muslim ethnic group in . There are many contradicting views, regarding the origin of Pomaks. According to some historians, they are the descendants of the ancient Slavic or Slavized inhabitants of the Balkans. Some of them converted to Islam at the time of the conquest and during the years that followed. Other groups converted to Islam during the period of the Ottoman Caliphate.

The number of Pomak population changed several times due to the suppression policy by the Christian and communist governments. During and after the Balkan Wars of 1912-1913, the biggest waves of Pomak migrated to .

's population is approximately 7.9 million according to a 2001 census. Approximately 13 percent of the Bulgarians are Muslims.

Since the Bulgarian independence in 1908, the nationalist regimes marginalized the Muslims and traditionally considered them as foreigners, even if they were ethnically Bulgarian. The Orthodox Church is very influential and with the help of the Bulgarian nationalists they forced the Muslims to convert to Christianity. All the resisting Muslims were wounded, imprisoned, killed or deported. Thousands of them fled to and . In the summer of 1989 more than 300,000 Muslims were deported from .
Mosques were converted into churches. Out of the 44 mosques in only one remained as a historical monument. The largest mosque in was the Tumbul Mosque in , built in 1744. Muslims were coerced to go to church every Sunday. Circumcision was prohibited, and the people who circumcised their sons were severely punished.

There are pressures on Muslims to change their names, vestment and language. Since 1942 a new law was passed which commanded Muslims to change their names to Bulgarian ones. About 2000 Turkish and Pomak village names were also changed to Bulgarian. Pomaks were banned from attending Turkish schools or use the Turkish language and they were forbidden to open private schools. Then Muslim school boards were abolished and unified with Bulgarian school boards. Thus all their non-Bulgarian daily life was subjected to censure.

In 1944, the Communist regime came into power and launched the assimilation campaigns against the Muslims. Pomak villages from the Rhodopes region were forced to resettle in during 1948-1952. In 1949, the agricultural lands were expropriated affecting many Bulgarian Muslims. For more than 40 years the Bulgarian government promoted atheism. Muslims were treated as second-class citizens with no rights to become members of the government or officers.

In April 1956, the Bulgarian Communist Party decided to create a unified socialist Bulgarian republic. Further they proceeded in changing the names of Muslims to Bulgarians by terror. Pomaks have developed a strategy to `compromise name and behaviour'. A Pomak, who was born before 1912 and lived until after 1990, has been forced to change his Muslim name nine times for instance.
During most of the Communist period, under the leadership of Todor Zhivkov-secretary of the Communist Party from 1954, the country's premier from 1964 to 1971 and head of state from 1971 to late 1989-the policy of forceful assimilation continued under the so-called `Process of Rebirth'. After their 'success' with the Pomaks, the Bulgarian authorities started to work in the same way on the other ethnic Muslims. Therefore, in practice Communism is equivalent to Bulgarian extreme nationalism which aims to Bulgarize the significant Muslim minorities.

With the fall of the racist regime of Todor Zhivkov in November 1989, the religious restrictions in were loosened somewhat. But still there is discrimination, harassment, and general public intolerance of non-Christian Orthodox religious groups.
In each Bulgarian village there are still some former Communist Party members or local security forces that had persecuted the Muslim in the past. Therefore, Muslims are still afraid to speak about their harsh experiences. They still feel threatened by the Socialist Party (former Communist Party) members, fearing that one day Communists will be in power again and then they will be persecuted again.

It is still impossible to find a single Muslim in the Bulgarian army as a regular soldier. Most of the Muslim Bulgars are uneducated and work as laborers, shepherds, haymakers and the like. Muslims are discriminated against in jobs and education. While the Pomaks want their children to learn Turkish, which is now theoretically possible, in practice local education directors don't allow them to do so.

Inequalities still exist in practice and those who are dissatisfied with their poor conditions continue to migrate to . Rumors and aggressive propaganda against Muslims as terrorists continue to receive large-scale media coverage. The Government still restricts the religious freedom of non-Christian Orthodox religious groups. These restrictions are manifested primarily in a registration process that is selective, slow, and nontransparent. The Government prohibits the public practice of religion by groups that are not registered.

However, after 1987, Bulgarian Muslims are allowed to reconstruct their mosques and new mosques are built in many cities and villages. Now there are about 1,267 mosques. The Muslim hierarchy was headed by one chief mufti and eight regional muftis who interpret Muslim law.

The study of the Quran had been completely forbidden under Zhivkov and now Quran classes are organized. Muslims also began publishing their own newspaper, Miusiulmani, in both Bulgarian and Turkish.