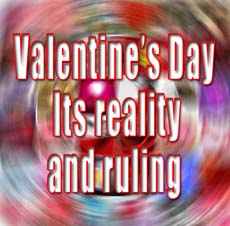 Allah blessed us with this great religion and guided us to the straight path; and it is more than sufficient for our requirements. Through this great religion, we receive contentment and guidance; from it we attain peace and security; and because of it love and harmony are spread. Allah will grant might and honour to people in proportion to how much they adhere to this religion - and will humiliate people relative to how much of it they abandon and neglect.

The religion of Islam is complete, so there is absolutely no need for invented opinions, innovated desires or man-made legislation. The blessings and favours that have been given to us by Islam are all-inclusive and so we do not have any need for seasons and occasions to be invented so that we may celebrate them. Allah Says (what means): “This day I have perfected for you your religion and completed My favour upon you and have approved for you Islam as a religion.” [Quran 5: 3]

Our religion is supreme; it is the most perfect one. It combines the good of this life and the Hereafter; it addressed the soul and was not heedless of the body; it gave preference to the Hereafter but did not neglect our needs in this life. Allah Says (what means): “But seek, through that which Allah has given you, the home of the Hereafter.” [Quran 28: 77]

Our religion is a moderate religion that is neither negligent of any matter, nor does it exaggerate any issue beyond its rightful status. There is no monasticism in Islam, nor blind-materialism, Allah Says (what means): “Thus We have made you a median (i.e. just) community that you will be witnesses over the people and the Messenger will be a witness over you.” [Quran 2: 143]

How is it that the believers can squander this position, which Allah granted them and become humiliated while they still have the Quran and the Sunnah to refer to? Why would we be pleased with becoming mere followers after enjoying the position of leadership? How can we go astray and become blind-imitators after being guides? What possesses a person to become a slave who carries out orders, after being a master? The answer to these questions lies in the saying of the Prophet sallallaahu alaihi wa sallam as narrated by Abu Sa’eed Al-Khudri, may Allah be pleased with him: “You will follow in the footsteps of those who came before you hand-span by hand-span and (the length of an) arm by arm, such that even if they enter into the dwelling place of a lizard you would still follow them.” The Companions, may Allah be pleased with them, asked: “O Messenger of Allah, do you mean (by ‘those who came before you’) the Jews and the Christians?” He sallallaahu alaihi wa sallam replied: “Who else?” [Al-Bukhari & Muslim]

It is no secret that some Jews and Christians conspire against the Muslim Ummah (nation) in order to destroy their morals and principles. They spend their valuable time, sacrifice their wealth, lay out elaborate plans and fully utilise all their resources in order to accomplish this. I swear by Allah they have hit their target and wounded us deeply. It is from the unwavering characteristics of Allah that he who works hard gets results and he who sows, shall reap a harvest. We are observing a new phenomenon recently that we never saw previously; we are seeing the different ways in which women are leaving their homes, uncovered and indecently dressed; we are witnessing people commit sins openly and unashamedly and even boast about them – and this is to say nothing of the trend of people casting doubts about the very fundamentals of Islam.

If we go back in time to just thirteen years ago or so, we will remember that high values and good morals were prevalent in our communities. Shyness and chastity were the common held values and it was easier for a young man to carry a mountain on his back than to be seen walk along side a girl - and the consequences of being seen were even worse for the girl. If such people were to enter any neighbourhood, the people would remove them by force and if they were to be seen by others, they would be looked at as being beneath contempt. Now, look at the situation through which we presently live and the diabolical low that we have sunk to and learn a lesson from that.

So, once again, we have the army of disbelief attacking us, propagating the celebration of a holiday - and what a deceitful and treacherous holiday it is! A holiday which they have given a name other than its actual one in order to mislead people, they gave it a noble name to deceive the pure and the chaste. They called it the ‘day of love’, while it is actually the day of immorality, prostitution and drinking. They spread immorality dressed in the garment of virtue and this is the age-old method that Satan uses. Allah exposed this tactic in His Book when He says regarding the deception of Satan of our father Aadam and our mother Hawwaa’ (what means): “And he swore (by Allah) to them both: ‘Indeed, I am to you from among the sincere advisors’” [Quran 7: 21]

Beware of the deceiver who approaches you with an advising tongue, for he knows that if he were to openly state his intention, he would never attain his objectives. Allah Says (what means): “But they plan, and Allah plans. And Allah is the best of planners.” [Quran 8: 30]

The history behind this innovated, immoral and infidel holiday is not known by many, here is a brief overview:

It is claimed that pagan Greece used to celebrate on the fifteenth day of February every year which coincided with a spring holiday. At that time Christianity was new to the area. The emperor Claudius II forbade marriage for his soldiers. Valentine, a Christian priest challenged this command and used to conduct secret marriage sermons. He was soon discovered and was sentenced to death. While in prison he fell in love with the daughter of a prison guard, but this was a secret since Christianity forbade priests to marry or have romantic relations with women, but since he remained steadfast on Christianity, the people overlooked his crime of falling in love. The emperor offered to forgive him and make him one of his close companions and marry one of his daughters to him, on the condition that he gave up Christianity, but Valentine favoured Christianity and was executed on the fourteenth of February, 270 CE - the night before the celebration of the Greek spring holiday of the fifteenth of February. Ever since then, it was called ‘Priest Valentine’s holiday’. After the spread of Christianity throughout Europe, February the fourteenth was re-named ‘Valentine’s Day’ in his memory because (they claim) he sacrificed himself for Christianity and fostered those in love.

That was the story behind this holiday. Unfortunately many young men and women were deceived by this, due to the weakness of their faith, ignorance of Islam, heedlessness and the lack of guidance by the Muslim scholars and leaders. The ignorant youth were hoodwinked into celebrating this holiday.

Among the manifestations of this holiday are the giving of red roses, the wearing of red dresses, and exchanging special greetings, cards and gifts. This is a day where one is ‘supposed’ to remember their wives or lovers. This holiday is so ingrained in western culture that remembering this day and celebrating it has become a sign of ‘true and sincere love’ and it is not uncommon for one who forgets  about this day to be thought of as ‘insincere’ and ‘untrue’ in his or her love!

Every Muslim must know that this holiday was invented by the disbelievers and it is therefore unlawful to celebrate it according to the religion of Islam. There is no difference of opinion among the Muslim scholars regarding this.

I say again that if this holiday was invented by the Muslims it would still be unlawful to celebrate it. How terrible and how much worse is it then, when the innovators of such celebrations are the misguided disbelievers? It is enough of a burden on our Muslim scholars that they have to exert their maximum efforts in fighting the innovations that the Muslims have perpetrated, without having to come up against those which the disbelievers are concocting. Fear Allah, seek His pleasure and stay away from that which earns His wrath.