The obligation of differing from others 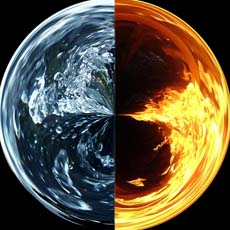 Allah, the Almighy, has granted the Muslims a comprehensive set of rules (Sharee'ah) that cover all religious and worldly matters. He made happiness both in this world and in the Hereafter contingent on working according it and adhering to its guidance. Allah the Almighty Says (what means): {Whoever follows My guidance will neither go astray [in the world] nor suffer [in the Hereafter].} [Quran 20: 123] Allah also Says (what means): “Whoever follows My guidance – there will be no fear concerning them, nor will they grieve.” [Quran 2: 38]

This Sharee'ah is the straight and correct way, which is the way of those on whom Allah has bestowed His Grace such as His Prophets, may Allah exalt their mentions, the sincere, the martyrs, and the righteous. Anything other than this is the way of those who have earned the wrath of Allah such as the Jews, the Christians and the polytheists.

In every Rak'ah (unit) of your prayer, you invoke Allah to show you the straight path and keep you away from the path of those who have earned His wrath and those who have gone astray. You do this because you recite chapter Al-Fatihah (the opening chapter of the Quran). This recitation in every Rak'ah is one of the pillars of Salah (the prayer). Therefore, you should reflect on this Du'aa’ (supplication), its objectives and its positive results.

{But those who disbelieved - their deeds are like a mirage in a lowland which a thirsty one thinks is water until, when he comes to it, he finds it is nothing but finds Allah before Him, and He will pay him in full his due; and Allah is swift in account} [Quran 24: 39]

Allah also Says (what means): {The example of those who disbelieve in their Lord is [that] their deeds are like ashes which the wind blows forcefully on a stormy day.}  [Quran 14: 18]

Allah Says (what means): {There has certainly been for you in the Messenger of Allah an excellent example.} [Quran 33: 21] Therefore you have to adhere to his Sunnah and not to change it, despite the great number of Muslims who neglect it.

Other forms of imitation are celebrating polytheistic and innovated days such as the Prophet’s birthday and those of presidents and kings. Celebrating these occasions may be for only one day such as, Mother’s Day, Valentine’s Day, birth days and so on, but still all these celebrations came to the Muslims from the disbelievers. In Islam, there are only two days of feasts: the Day of Fitr, or ending the fast of Ramadan, and the Day of Adh-ha (sacrifice). Celebrating any day other than these two is Bid`ah (an innovation) in the religion, and imitation of the disbelievers. Muslims should be mindful of this and not be lured by the great number Muslims participating in these sinful events. Such people either do not know the ruling of Islam concerning it and celebrate these days due to ignorance, or know the ruling of Islam and celebrate them despite that.  The sin of the latter class is of course, much greater. I seek refuge with Allah from the outcast Satan. Allah Says (what means): {There has certainly been for you in the Messenger of Allah an excellent example for anyone whose hope is in Allah and the Last Day and [who] remembers Allah often.} [Quran 33: 21]