A new Middle East under Obama? 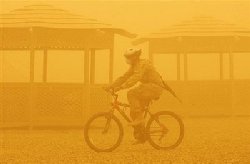 Even though Barack Obama has been elected the 44th president of the United States, there are some in the Middle East who believe his policies towards the region will differ little from those of his defeated Republican rival, John McCain.

Al Jazeera asked a number of people in Egypt, the Arab world's most populous country, whether Obama would bring change to the US presidency.
Abdel-Rahman Hussein, journalist
"There is an apathy among Egyptians regarding the US election because many say it makes no difference who wins. The US will always pursue the same policies in the region.
Even with a Democratic win in the White house, it is American - and almost by default Israeli - interests which will always come first.
The fulcrum of American policy in the region is support for Israel above all else, and both parties unequivocally adhere to that.
Additionally, as opposed to Great Britain where the divide between left and right has become less pronounced in recent years, the American political spectrum has always been more centrist.
One position both candidates straddled quite comfortably is their staunch support for Israel.
Obama's promise to the American Israeli Public Affairs Committee (Aipac) that Jerusalem will remain the "undivided" capital of Israel does not bode well for the future of the peace process which is currently proposing East Jerusalem as the capital of a future Palestinian state.
Nevertheless, Jewish and pro-Israel groups remain skeptical about Obama and feel he is merely paying lip service to secure the election, so again it is difficult to surmise exactly how it will pan out."
Jen Zaki Hanna, university professor
"Unfortunately, I do not believe that Obama will have significantly different foreign and financial policies.
I considered the one person who could have brought about real change in the Middle East, to be Ralph Nader.
Nader dissected the real problem with America's financial policies - that being the unfettered control of the transnational corporations and their lack of respect for human rights and environmental rights at home and globally.
Unfortunately, every time Nader tries to enter the presidential race he is called a spoiler for the Democrats. This just goes to shows me, and I believe others around the world and in the Middle East, that the Democrats and Republicans are one and the same.
Perhaps Hillary Clinton was the lesser of the two evils than Obama who has changed his mind multiple times on issues such as Iraqi troop withdrawal.
Both parties will always be loyal first and foremost to Israel as a necessary ingredient to US foreign policy and according to most Middle Easterners it has always meant one thing: there will be no progress on Israeli-Palestinian peace.
There has yet to be a Democratic or Republican party in the US which has demonstrated a real significant move on a two-state solution.
I do not think things will change now."
Yousef Gamal il Din, broadcast journalist with NileTV
"There is also ... a belief that the foreign policies of both candidates do not really vary much.
The debates did not highlight key differences that will help regional problems in the Arab World, Afghanistan, Sudan, Lebanon, Iraq and Palestine.
My impression from talking to Egyptians who are well-read in international affairs and business is that they perceive McCain to be hawkish (more so than Obama) and that his policies would have been less-suitable for Arab interests.
Obama appears to be better for our region, but the key word here is appears.
The Middle East would look different under Obama but it will be difficult to judge because the rhetoric during the campaign does not necessarily translate into decisions or policies once the candidate reaches the White House.
Once candidates are confronted with certain realities in the White House or realities that emerge later on, they may have to adapt their policies. The international arena is very dynamic, things change very quickly.
It is difficult to accurately predict US foreign policy."
Ahmed Samy, marketing analyst
"Israel won't be that happy that Obama won because they might not trust that he would fully back them, even though he has said before that he would fully support them.
As for the Middle East, not much would change with Obama in office.
The situation in the region might stay the same or get a bit better or put on hold till the following elections.
The American people are the only ones to benefit if Obama wins.
Now Obama being the first black president in America is a history-making event; if he stays in office the full term, that is good. But if he gets assassinated or something like that, then it will be a tragedy."
Ahmed Kafafi, author
"An Obama win doesn't mean so much to me because whoever comes to power will never dare to change certain basics in the US foreign policy and assuming there will be any, those will be slight changes that would never reverse the situation in the Middle East.
I do not think Egypt and the Middle East will look any different; there is a fear that things will move from bad to worse. The financial crisis has peaked and the wealth of the Middle East is the only way out for the US.
Egyptians see the US as working for its own interests and is a big supporter of Israel. For them the US is a big power that will never ever work for their interest, so it doesn't matter if Obama or McCain is in power."
PHOTO CAPTION
A US soldier rides his bicycle in a sandstorm in Camp Taji, northwestern of Baghdad.
Source: Aljazeera.net