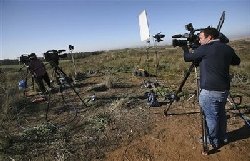 THE media coverage of the war in Gaza by Western television companies is largely unfair and biased because of a refusal to show viewers the real images of the victims. One of the reasons for this is Israel’s decision not to allow the Western media in to Gaza.