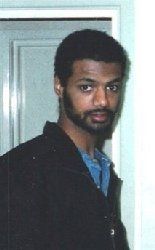 A British court ruled Monday that U.S. authorities had asked a Guantanamo Bay detainee to drop allegations of torture in exchange for his freedom.