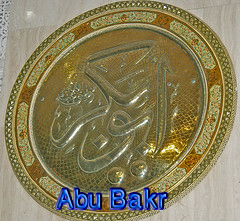 There are many lessons and benefits to be learned from this article, some of which are:

1-    It is recommended to visit the graves of the martyrs of Uhud and the people of Al-Baqee’ and to supplicate for them on the condition that one does not travel a long distance solely for the purpose of doing this and it that it does not include religious innovations.
2-    It is permissible for a man to wash the body of his dead wife and to prepare her for burial, and vice versa.
3-    It is permissible for a husband to ask permission of his wives to be nursed in the house of one of them when it is difficult for him to move. If they do not give permission, he can choose which wife to stay with by casting lots.
4-    The Prophets, may Allah exalt their mention, may have become sick or fallen unconscious, but they never suffered from insanity because this is a serious deficiency. The Prophets, may Allah exalt their mention, got sick in order to multiply their rewards, raise their status, be a consolation for those who suffer from illnesses, and prevent people from worshipping them, especially because of the miracles and clear signs that appeared at their hands. People saw that despite their miracles, prophets did not have power over harm or benefits to themselves, except what Allah The Almighty had willed.
5-    It is recommended for a Muslim to take a bath after recovering from unconsciousness as this would make him fresh and remove or alleviate fever.
6-    If the Imaam is a little late, people should wait, and when it becomes difficult for them to wait, the most knowledgeable among the attendees should lead the prayer on behalf of the Imaam.
7-    The superiority of Abu Bakr and his precedence over all the Companions. The Prophet,

, drew the attention of the Companions as well as his attention to the fact that he was more entitled to the caliphate than anyone else. This is because it is the caliph who leads people in prayer, and the Companions, may Allah be pleased with them, testified that. “The person whom the Prophet

, who were alive at that time.
15-     It is permissible to deliberate over a matter with the Muslim ruler for the purpose of discussion and consultation to bring about a potential benefit for Muslims, but this should be done with kind words of wisdom and a good manner.
16-     It is permissible for a Muslim in congregation to stand beside the Imaam for a need or an interest, such as announcing the Takbeer (‘Allahu Akbar’) for Muslims who perform prayers among enormous crowds who cannot hear the voice, or if the place is narrow. It may be done for other reasons such as if a woman leads other women in prayer, an individual performs prayer with the Imaam, or the Imaam is leading people who do not find clothes to cover their ‘Awrah (parts of the body that must be covered according to Islam) in prayer.
17-     It is permissible to raise one's voice in Takbeer, so that another person would convey what the Imaam is saying when people cannot hear the Takbeer of the Imaam.
18-     The alerting of people to continue performing prayer in congregation unless it is impossible to do so.
19-     The person who is better and more knowledgeable is more entitled to being Imaam than the others.
20-     The Imaam is to be followed. If he performs prayer while sitting, those behind him have to pray in a sitting position, and if he performs it standing, those behind him should pray in a standing position like him.
21-     There is no harm in weeping out of fear of Allah The Almighty during prayers, but a person should not pretend to or try to do so. There is no blame on him if genuine weeping overpowers him during prayer.

The beginning of the Death Sickness of the Prophet

and his Ordering Abu Bakr to Lead People in Prayer – I 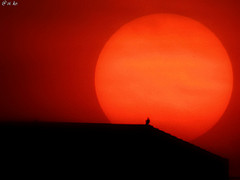