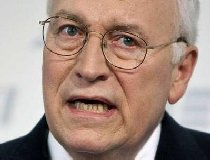 "I could see them, dragged naked along the concrete corridor," reported the 18-year-old boy. "Their skin was tearing off their bodies and the extreme pain showed on their faces. Electric shockers such as are used on livestock had first been used on them. I saw the burns on their arms and legs. Then ‘wrist-breakers' were used on them; clamps with a handle for applying pressure on the wrists.Their wrists were swollen twice their size and twisted about two-thirds out of proportion."

This is not a recent report by a Muslim who just got out of Guantánamo describing the conditions of other fellow prisoners. This is a report by Kenneth Shilman, a white American, published in The Jackson Daily, Mississippi, on June 21, 1961.
Shilman was a member of a civil-rights movement called Freedom Riders. The movement had both white and black Americans and they rode from city to city on interstate buses to challenge racial segregation in the South. The treatment of the black Riders, when arrested, was far worse.
Welcome to torture - American style!
When he took office in 1934, New York City Mayor Fiorelllo LaGuardia told police he would fire any officer who used torture to force a confession. Six months later, he changed his order to: "I’ll fire anyone if he uses third-degree (torture) methods and the newspapers hear about it."
In 1929, District Attorney R. H. Elder said, "The third degree has now become established as a recognized practice in the police department of the city of New York. Every policeman stationed in the city is equipped with the instruments to administer the torture incident to that process."
"In more recent years, the United States has become famous for the judicial use of police torture as the "third degree." Like the torture of the Inquisition, its purpose is to force a confession," said Daniel P. Mannix in his 1964 book The History of Torture, "Many of the accounts of third-degree tortures could be taken straight out of the annals of the Spanish Inquisition."
But Americans should not take all the credit. "There is little doubt that the
Spaniards introduced the conception of torture into the Western world," said Mannix.
In 1511, Bartolome de Las Casas, a bishop known as the Apostle of the Indies and who is generally credited with having started the African slave trade, describes the death of several chiefs at the hands of the Spaniards in Cuba, perhaps at a location not too far from Guantánamo: "I saw four or five Indian leaders being roasted alive at a slow fire and the miserable victims screamed so loudly that they woke the commander of the garrison who gave orders that they were to be strangled. But the officer of the guard refused and instead had them gagged. He stirred up the fire himself and roasted them deliberately to death."
I do not understand why Barack Obama flipped-flopped to stop the release of all the photos of tortured prisoners by his people in Baghram, Abu Ghraib or Guantánamo.
Should Obama not release these pictures, if for no other reason than to let the world know of new American ways to torture? Were there any invited forms of torture by low-ranking American officers that should be entered into the history of torture, or were they old, textbook American methods?
What old American techniques, as listed by Mannix, are now outdated? Is
squeezing the accused’s testicles with pliers still popular? What about using a dentist’s drill? And the American touch: "The blows hurt much more if the victim doesn’t know from whom or when he’s going to be hit next."
If Obama is real to his campaign pledges, he should open an investigation to save the soul of his nation.
While he’s at it, he should let us know about those American military courts held for Muslims arrested after 911. The world wants to know how different these courts are from those presided over by 19th-century American "hanging judges."
One of the most famous, Judge Roy Bean, once acquitted a white man for shooting a Chinese man on the grounds: "There ain’t no law makin’ it illegal to shoot a damn Chink." When a Mexican was shot, he ruled: "Serves the greater right fergettin’ in front of a gun." Bean sentenced a Mexican to death for being accused of stealing.
Obama or not, the tradition of torture is still alive in American justice,
reserved especially for Muslim men, women and children.
PHOTO CAPTION
Former U.S. Vice President Dick Cheney speaks about national security at the American Enterprise Institute in Washington May 21, 2009.
Source: DailyMuslims.com