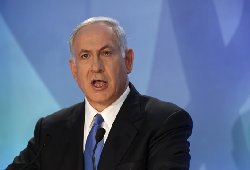 It was billed as a peace speech, but Binyamin Netanyahu, the Israeli prime minister, echoed the words of a colonialist conqueror when he delivered his much-anticipated policy speech at Bar Illan University.